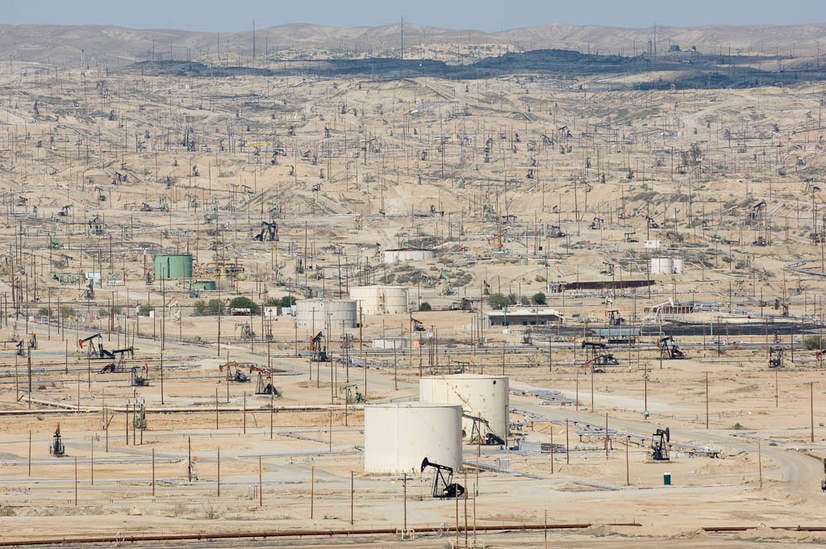 In the climactic final scene in There Will Be Blood — arguably the greatest movie about the oil industry — the main character played by Daniel Day Lewis explains how he sucked the oil from a neighbor’s land by using horizontal drilling. To help his neighbor understand what has happened, he explains it by saying he took a very long straw and “Drank your milkshake!”

Well, guess what is happening with the fracking revolution built on the concept of horizontal drilling? Not only are oil producers drinking each other’s milkshakes, they are drinking their own, and in the process losing even more money and raising the odds of dangerous environmental risks.

And unlike in the movie where the main character knew what he was doing, the modern fracking industry really has no clue what to do about the problems caused by the combination of horizontal drilling and greed.

The first thing to understand is that this is simply a problem of the industry being greedy. The oil producers are drilling too many wells in close proximity to one another, and when they frack the newer wells — known as child wells — those “bash” or “hit” the older wells and cause problems.

In a typical frack site, the production begins with a first test well, which is known as the parent well. The wells drilled in proximity to the parent well are called child wells.

Claudio Virues, a senior reservoir engineer with the oil and gas company Nexen, explained the basic problem of frac hits in the Journal of Petroleum Technology.

“You usually have two scenarios,” Virues said. “One may be that you have a temporary loss of production, but you will recover to the trend that you had before. The other will be really bad for your production and reserves.”

“You put the well back on production and you’ve lost your pressure, the velocity, the inflow capacity, and the well is just dead,” Barree said.

And that means the fracking industry loses even more money.

In another article in the Journal of Petroleum Technology, titled “Frac Hits Reveal Well Spacing May be Too Tight, Completion Volumes Too Large,” the author references a technical paper by engineers at Shell that estimates that if a “producer has an inventory of 2,000 640-acre drilling sections, and each new well costs $5 million, then adding just a single unneeded well to each section would cost the operator $10 billion.”

The reality is that the potential costs of frac hits and tight well spacing aren’t currently known by the industry, but there is no doubt that frac hits are costing the industry money and contributing to production declines.

Industry Experts Admit They Don’t Know What They Are Doing

The industry has certainly acknowledged frac hits are a major problem — one the industry currently has no idea how to solve.

Energy industry research and consulting group Wood Mackenzie has studied the issue of frac hits and child wells and concluded the following:

A risk to the viability of the industry’s long-term prospects — for an industry that has never made money — isn’t a very positive outlook.

But that is the situation in 2018 for the oil fracking industry. In early 2018, members of the industry gathered in Texas to talk about the issue. As the Midland Reporter and Telegram reported, Dick Leonard, one of the panelists at the conference explained that when it came to mitigating the impacts of frac hits that “…no one has the answers yet.”

Another panelist, Lance Robertson of Endeavor Energy Resources echoed this sentiment saying, “We’re in the early phases and still have a long way to go. We and the industry have a lot to learn.”

How long can the fracking industry continue to lose money while trying to learn what they are actually doing?

The risks of fracking operations contaminating the air, drinking water and land are well known. Even when wells are operating independently without having been “hit” by another frack job. Now due to the closer well spacing and frac hits, the risk of environmental damage is increasing.

In Oklahoma, horizontal wells are bashing through existing conventional wells and causing spills. Mike Cantrell is a small operator of conventional oil wells in Oklahoma who is speaking out about the large fracking companies that are damaging wells like his. “They know they’re going to ruin your well and they don’t care,” Cantrell told E&E News.

The state of Oklahoma acknowledges that spills have occurred but disputes claims that any groundwater has been contaminated — the standard industry line about fracking.

And yet on the website of Eagleford Training under the topic of “What are frac hits?” the issue of environmental risks is detailed including a section titled “Loss of Well Control.” Potential issues listed when well control is lost include “a blowout of either frac fluids or charged reservoir fluids.”

Additional risks include the release of deadly Hydrogen Sulfide gas and the fact that “Offset well releases will release reservoir fluids, which tend to be extremely flammable,” according to the site.

So, while the industry likes to claim that fracking poses little risk to the environment, the issue of frac hits appears to raise a whole new set of environmental risks.

Frac Hits May Be Deadly Financial Hit to Money-Losing Industry

It is well established that the fracking industry has been a money losing proposition for the past decade. In a recent Oilprice.com article that detailed the industry’s bad luck making financial hedging bets, this is acknowledged with the statement that “Shale drilling has historically been a loss-making proposition.”

Now this historically money-losing industry is facing a major challenge that could prove to be a fatal flaw in the already failing fracking business model.

If producers try to pack in wells too close to each other, the wells will damage one another and production will decline or even stop for some wells. If producers have to resort to much larger distances for well spacing, the lower number of wells will also likely decrease overall production numbers.

How will this turn out? Don’t ask the industry experts because they admit they have no idea — which can’t be comforting for investors who continue to lose money while waiting for the fracking revolution to finally pay off.

Reprinted with permission from DeSmogBlog.com.