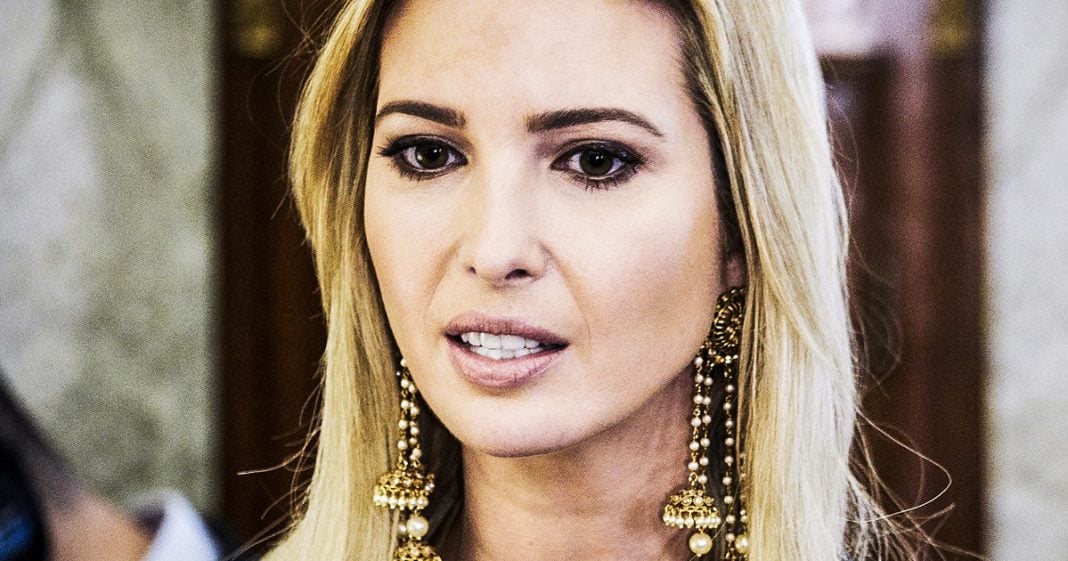 A close friend and former longtime business partner of Ivanka Trump has been sued by the Department of Justice for engaging in a scheme to defraud the federal government out of millions of dollars in tax revenues. It seems that everyone involved with or close to the Trump family ends up in some kind of legal trouble, and its getting harder and harder to believe that the Trump family’s hands are completely clean. Ring of Fire’s Farron Cousins discusses this.

A close friend and former business partner of Ivanka Trump is now being sued, along with the rest of his family, by the US Department of Justice for more than $60 million as part of a scheme that the family allegedly concocted to avoid paying taxes and to defraud the federal government. Here’s the way this little scheme worked. You have this guy, this is the business partner, friend of Ivanka, his name is Moshe Lax. I believe that’s how you pronounce the first name. Not 100% sure, but anyway, Mr. Lax was a business partner of Ivanka Trump in a group called Madison Avenue Diamonds. In 2010, they are the group that she worked with to launch her Ivanka Trump jewelry line.

Also during that same time, by the way, is when some of these financial fraud schemes, and defrauding the government, took place. Because Lax’s father had died, they were dealing with the $27 million estate he left, and in order to avoid paying taxes on some things, and some of this happened before Lax’s father passed away, they began to kind of shift a lot of their holdings. They sold millions of dollars worth of Madison Avenue Diamonds itself for a loss, put it in kind of a dummy little trust account really, so that the IRS could not touch the money. Now, this kind of move is 100% illegal. They did it with several other properties they owned, other businesses, other financial holdings that they had, tried to shift them around and hide them from the IRS in order to avoid paying taxes on them, and that’s why they’re being sued today.

Now, Ivanka Trump, even though she was a stakeholder in this business that was engaged in this illegal activity at the hands of Lax and his sister, she is not mentioned anywhere in the complaint. She is not listed in the lawsuit. Her name doesn’t show up anywhere, so she doesn’t have to fear any retribution for any of this. She probably didn’t even do anything wrong, but don’t you think it’s kind of odd that pretty much everybody that the Trump family does business with ends up getting popped for illegal activities? I mean, there’s no way that this family just accidentally happens to always do business with criminals, right? I mean, surely that would be the biggest coincidence to ever hit the planet earth, because when you think about it, we’ve got Manafort, Flynn, Papadopoulos, Michael Cohen, and Lax now too.

Just seems that everybody the Trump Administration, the Trump family, the Trump Organization wants to do business with, or have them help them out, ends up popped with some kind of criminal charge. Doesn’t that seem a little odd to you? Doesn’t it seem like you’re kind of judged by the company you keep, and you always attract the kind of people that are closest to what you are? I mean, there is no possible way, the odds of this are just too astronomical, for the Trump Organization, the Trump family, to just constantly pick criminals to do business with without themselves also being engaged in some form of criminal activity. Either this tells us more than we need to know about the Trump family’s criminal connections, or they just happen to be the unluckiest people on the planet.