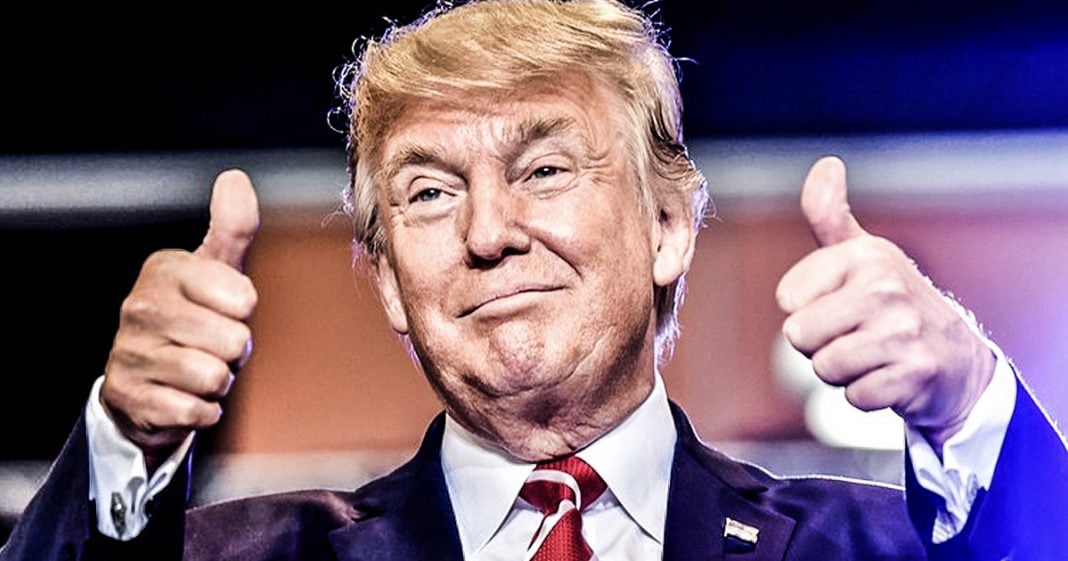 Republicans have been telling us that American workers are doing great thanks to their policies and tax cuts, but the truth is that workers are getting screwed big time. New statistics from the federal government show that wages for hourly workers are actually falling, and recently started going negative. When you factor in inflation, real wages have fallen by nearly 3% in just the last year. Ring of Fire’s Farron Cousins discusses this.

If you happen to check Twitter this morning or really anytime in the last few months you’ve seen a lot of corporate funded politicians most of them republicans talking about how great this economy is for American workers. They’re saying productivity up, optimism is up. Wages according to them are up. We’re getting those tax cut raises that we were promised.

The truth is nobody other than CEOs and stock holders are getting any kind of raise from that tax cut. A few people got those thousand dollar notices last year, but corporations admitted, “Yeah, that was a one time thing. We’re not doing it again, and we’re not giving raises,” But what about just regularly hourly workers, right? I mean, they still get normal raises. Wages still do increase from time to time. Unfortunately, that time has not been within the last 12 months.

So, real wages for American workers are actually falling at a time when we are giving a one point nine trillion dollar tax cut to millionaires, and billionaires, and corporate CEOs. Our wages are going down. Okay, we have the graph here. You can see the little tail end where it dips below zero. And yes, that has happened plenty of times in the past and frequently, there is a rebound after that. Unless of course, you look at the time during which George W. Bush enacted his massive tax cuts that led us in the recession. In which case, since we’re doing the exact same thing today as a country, we’re pretty much going to be expecting the exact same thing.

Oh, and it gets much, much worse too, because during that 12-month period, the last 12 months when real wages fell by point two percent, do you know what increased by two point eight seven percent? Inflation. So, when you take the two point eight seven increase in inflation and the point two percent decrease in real wages, then that means our buying power actually decreased by three percent. Three percent, believe it or not, is a massive drop in average income and buying power for average American citizens, yet that is what we are dealing with today.

Nonetheless, as I pointed out at the beginning here, we have these republican politicians out there telling us that we’re doing great. We need to be thankful and grateful because things are better than they’ve ever been. No. The chart clearly shows things are going down below zero. Inflation is rising. Wages are falling. That is economic catastrophe waiting to happen. But the reason they’re pushing these talking points even though their own government, the government they control, tells us that this talking points are completely inaccurate. They’re pushing them one; because most people aren’t gonna go through and take the time to read what the Bureau of Labor Statistics has to say. They’re not gonna look at the charts and graphs, they’re just gonna say, “Okay, they’re telling us this, it’s correct.”

Two; because they’ve got a very testy midterm fight coming up, and they know that they need any kind of victory they can get even if it is a victory like their wage statistic that has nothing to do with reality. Workers are suffering. Workers are getting screwed. Corporate owners, and CEOs, and billionaires are getting absolutely everything right now. But nobody cares about our three percent decrease in buying power and real income. All they care about is making sure that their corporate donors get another tax cut which is currently what they’re working on today.