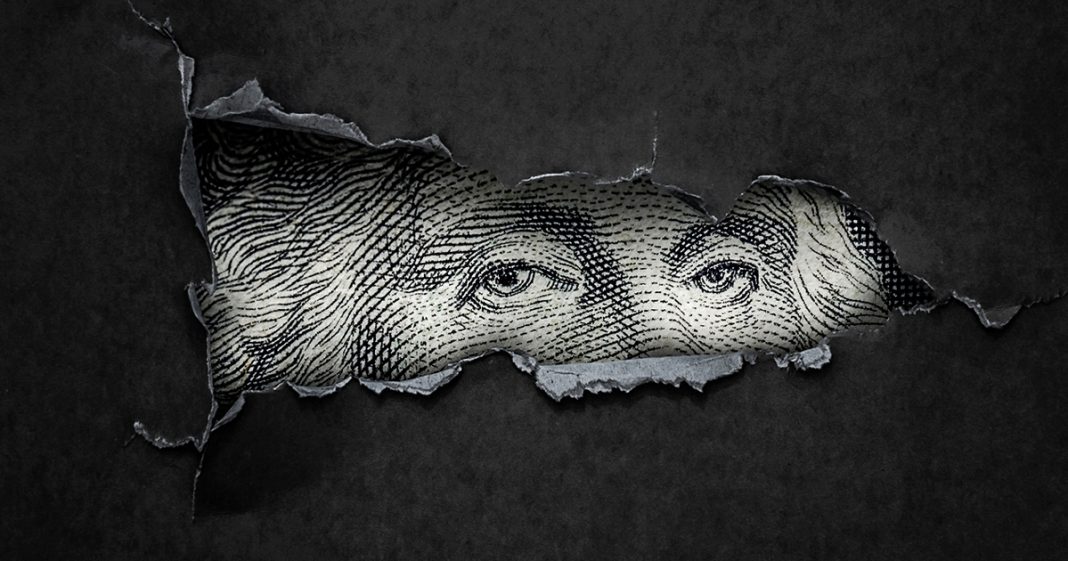 According to a new database put together by Open Secrets, foreign governments and their lobbyist teams have spent more than $500 million since the beginning of 2017 to influence US policy on everything from international conflicts to trade. This money is being spent not to benefit the public here at home, but to benefit foreign interests. Ring of Fire’s Farron Cousins discusses this.

You know, we talk a lot about money in politics and how it corrupts our politicians, it benefits corporations, and it screws over American workers. But there’s actually another form of money that influences our politics on a daily basis that few people talk about, but luckily OpenSecrets, based on research put together by the Sunlight Foundation, they have created a new database. They’ve actually taken it over from the Sunlight Foundation that tracks foreign money in the United States and how that influences our elections.

And according to them, since the start of the year 2017, so we’re talking what, 18, 19 months now, more than $500 million has been spent by foreign nationals and foreign agents on lobbying and other activities to directly influence the United States government. The grand total, I believe is a little more than … It’s $534 million since the start of 2017 that foreign governments have been paying their lobbyist and their officials to come over here, lobby the US government to enact policies that benefit that foreign country.

Keep in mind, these are not any policies that are going to benefit Americans in any way. If anything, given what some of these countries are asking for, it could put more American lives at risk, be they military members or even private contractors going over to foreign countries. We get no benefit whatsoever from this money that foreign nationals are spending to influence our government.

And here’s the plot twist, do you know who the biggest spender is out of the last 18, 19 months? The country that spent the most money lobbying the United States? South Korea. Number two was Japan. Now four Middle Eastern countries including Qatar, Saudi Arabia, and the United Arab Emirates, they also cracked the top 10, and we know exactly what they want the United States to do.

But it is odd that the top two are South Korea and Japan. Now we know what South Korea wants us to do. They want us to bolster them with military should something happen with North Korea. They do live in fear of what this madman that lives to the north could eventually do, what he would do. Talks between the two countries, between the three countries, between every country with North Korea always seem to fall part no matter who was making that negotiation, so yeah. They want the United States to be able to step in and flex our military muscle, put our guys’ lives at risk to protect them.

And in the end, as always, the only person who gets screwed out of anything is the average American worker.