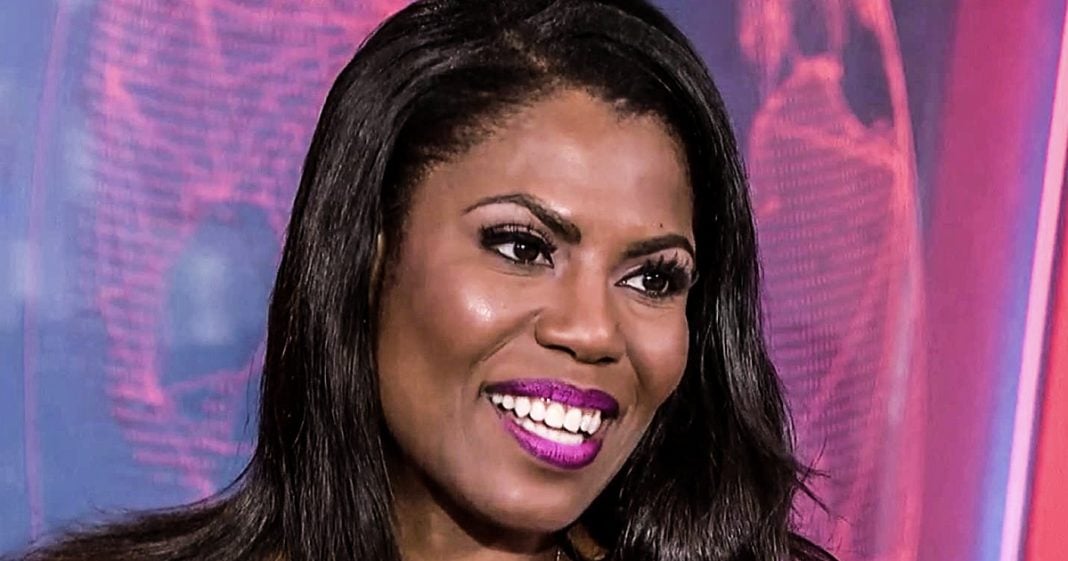 The Trump team has finally decided to take action against Omarosa Manigault-Newman, but not in the area that most of us had expected. Rather than going after her for things like slander or libel, they are simply suing her for violating the non-disclosure agreement that she signed when she became a part of this administration. The rationale for the suit strongly implies that the claims she is making have merit, as Ring of Fire’s Farron Cousins explains.

You know, we really should have expected the level of drama from this White House that we’re currently seeing today given the fact that Donald Trump was a reality TV show host, and the big thing about reality shows is that they provide a lot of drama. That’s exactly what’s playing itself out this week with the ongoing feud between Omarosa Manigault Newman and Donald Trump himself. Well, on Tuesday of this week, after numerous claims by Omarosa, her new book, her multiple media appearances, the Trump campaign said, “You know what? We’ve had enough,” and Donald Trump’s lawyers have now sued Omarosa for millions of dollars because she violated the nondisclosure agreement that she signed before becoming a part of the Trump Administration.

It’s that part that we need to pay attention to, because remember, Omarosa has made a hell of a lot of really very serious claims about the president, that he used the N-word, that she walked in on him eating paper, among many, many other things, but they’re not suing for any of that. They’re not suing for slander, or libel, or saying she’s making false statements. They’re suing to shut her up. That’s the big difference. Donald Trump is no stranger whatsoever to suing people for what he perceives to be slander. If they say that he’s not a billionaire when he is, sues him for slander or libel. If they say something mean about him, sues him for slander and libel. Says that his buildings aren’t that great, sues him for slander and libel. Here’s a woman making these salacious claims that have the potential to severely hurt his presidency, and they’re only suing her for violating the nondisclosure act that they forced her to sign, which may very well have been illegal in the first place.

Here’s the kicker, they’re not suing in open court. They don’t say, “We want to go to court.” They’re suing to go to arbitration, and the reason they’re doing that is because one, it’s a lot easier to find a friendly arbitrator that’s going to rule in your favor, and two, what happens in arbitration is usually kept secret, so we won’t ever know what is said. Furthermore, as I just pointed out, had they taken this thing to an actual trial, to a real judge, he or she could have easily ruled that these nondisclosure agreements for staffers at the White House are 100% unconstitutional, because if something in the White House is not marked classified, it really is public information. There’s the Presidential Records Act. We’re allowed to know. Hell, they’re required to tell us, so you can’t really have nondisclosure acts, so they’re trying to avoid all that. They’re trying to avoid a libel or slander lawsuit against her, so they can keep it quiet and shut her up.

But to me, the bigger part of this is that it does add more merit to the things that Omarosa is saying. If they knew that what she was saying was lies, if they knew that she was being dishonest and slandering the president, that lawsuit would have already been filed against her, but that is not the route that they took. They’re not looking to shut her down. They’re looking to shut her up, and there is a big difference between the two, especially in the eyes of the law. That tells me that they’re not worried that she’s lying about the president. They’re worried that she’s telling the truth.