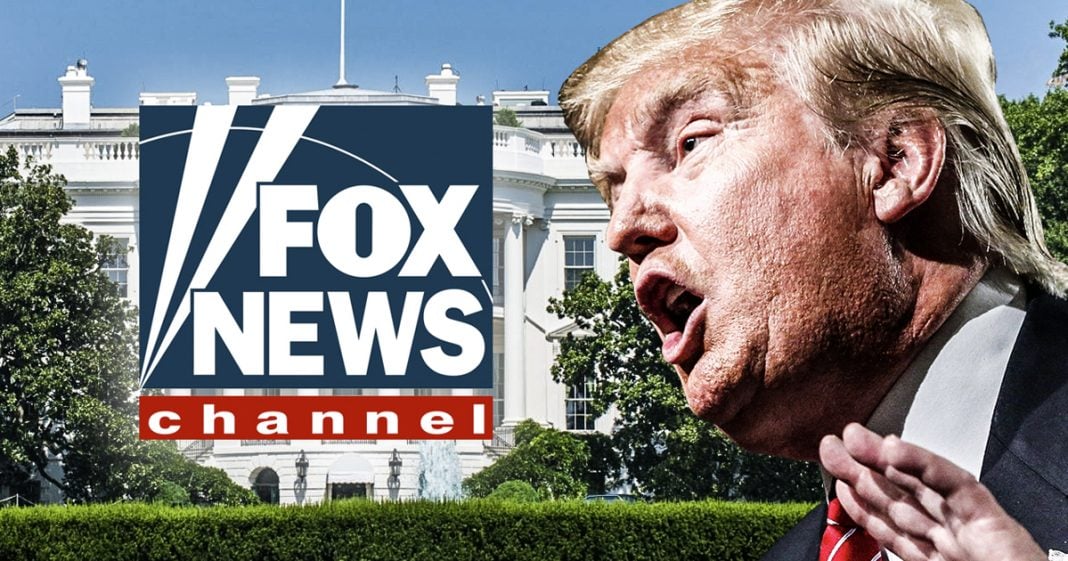 According to a top lawyer at the White House, the special ethics waivers granted to former Fox News executive-turned Communications Director for Trump, Bill Shine, so that he can meet with Fox News is completely within “the public’s interest.” What he really means is that it is within Trump’s interest because that network will say whatever the administration wants them to say. Ring of Fire’s Farron Cousins discusses this.

When Donald Trump came into office, he promised us that he was only gonna hire the best people. The best! They were gonna be great, they weren’t gonna have any problems, everybody was gonna sail through confirmation. The people he appointed that didn’t have to be going through the confirmation process, they were gonna be great. We had nothing to worry about. Well, as it turns out, a lot of people that work for Donald Trump have had to get some form of ethics waiver, because they otherwise would immediately be violating ethics laws when they accepted the position.

Bill Shine, the former Fox News executive who was fired from the network for covering up sexual harassment scandals, who is now Donald Trump’s communications director, is no exception. He has been given a special ethics waiver, so that he can still meet with Fox News. And Donald Trump’s White House attorney, Don McGahn says that the reason Bill Shine has been given his special ethics waiver to meet with his former employer, is because it’s in the public’s interest. It is in the best interest of the United States public for this man, Bill Shine, to be given an ethics waiver, so that he can meet with Fox News, on behalf of the Trump administration.

First and foremost, it is not in anyone’s interest at all for anyone, anywhere, at any time to meet with anyone at Fox News. But that’s the argument they’re trying to make, if Bill Shine can’t meet with his former employer, because that does technically violate ethics rules, so he got a special waiver to let it be okay. If he doesn’t meet with them, the public suffers. Can you imagine an actual attorney, because Don McGahn is, and he’s the one who says this, actually believing that if he doesn’t meet with Fox News, we’re all screwed? Bad things are gonna happen to this country if Bill Shine can’t go talk to Fox News, and tell them what great things to say about the president today. Or more likely, given what we’ve seen, Bill Shine goes to Fox News and gets Donald Trump’s talking points for him, for the day.

There is such an incestuous relationship right now between this administration and Fox News, and it is absolutely disgusting, and damaging for this country. That network is packed with racists, it’s packed with liars, and it’s packed with complete morons. And yet, those racist, moron liars all seem to have a direct line into the White House, where they get to tell Donald Trump what to say, what to do, they get to be called during staff meetings, so that they can give their two cents on the day. And now, Bill Shine has to get a special ethics waiver, so that he can also talk to them because as Don McGahn tells us, that’s in all of our best interests to keep that line of communication open between the White House and Fox News.