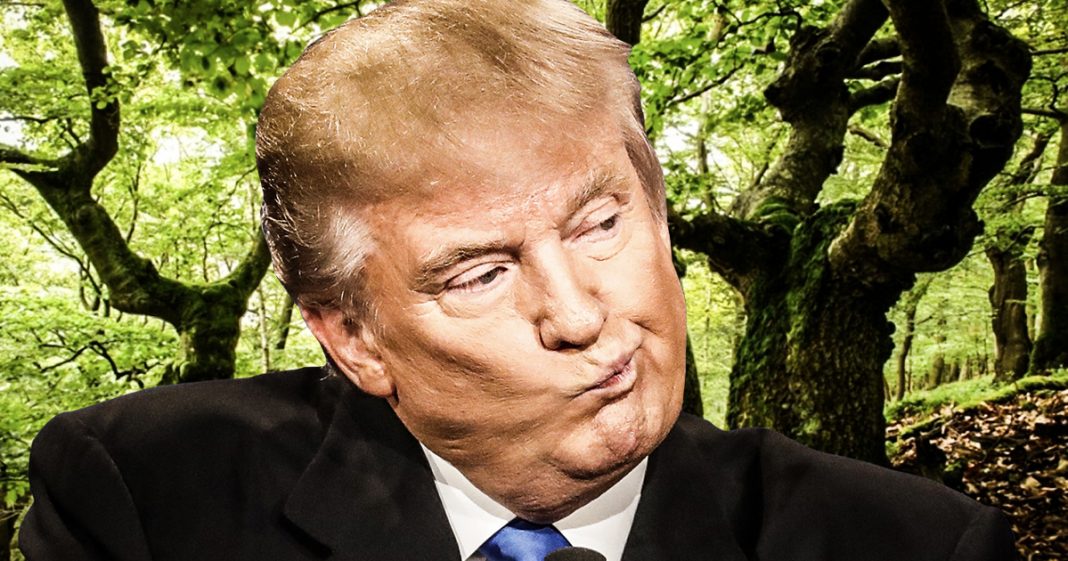 The President of the United States doesn’t seem to have a shred of class in his entire body, but that’s nothing that most of us didn’t already know. In his desperate attempts to fight back against Omarosa Manigault Newman, he lashed out at her on Twitter throwing a flurry of insults at her. This isn’t going to end well for Donald Trump – few things ever do. Ring of Fire’s Farron Cousins discusses this.

The sideshow feud between Omarosa Manigault-Newman and Donald Trump kind of hit a head yesterday. Donald Trump decided to fight back against Omarosa on Twitter, and really all he did was make himself look more like an idiot. And then it all culminated, at the end of all this, with the following tweet by Donald Trump. Here it is. When you give a crazed, crying, lowlife a break, and give her a job at the White House, I guess it just didn’t work out. Good work by General Kelly for quickly firing that dog.

I don’t think it needs to be said, but I’m going to go ahead and say it right now anyway. This is coming from the President of the United States. Before Donald Trump came into office, had any other President made a statement like this publicly, as Donald Trump did on Twitter, the entire world, left, right, center, and everybody outside of the United States would immediately be calling for their removal from office.

This is not the kind of standards that we should have for a President. They should be held to a much higher standard. This kind of insulting language, used by the President, is 100% unacceptable, and if you think that this is okay, then you’re a part of the problem. You’re the reason we have this dumbed down society that thinks a guy like Donald Trump is Presidential material. But again, that’s beside the point.

What’s going on right now is that so far Omarosa, the claims that she has made, she’s able at the moment I should say, to back them up. And that was a big thing when this came out. I said let’s make sure that she is trustworthy, that we can believe what she says, and that these tapes she claims exist actually do exist. Well, what happened yesterday was that a new tape came out, was given to CBS I believe, where several other former cast mates on The Apprentice, all confirmed that, “Yeah, Donald Trump did use the N-word,” and Donald Trump fired back at that by sending out a tweet saying, that he just heard from Mark Burnett, one of the producers of The Apprentice, saying that no tapes exist of him saying that word.

Now Trump had to get confirmation from another human being to say that he didn’t say that word on tape, which leaves everyone with a brain to believe that okay, he’s obviously out there saying it. You don’t have to get somebody else to confirm that a tape of it doesn’t exist if you never said it. This man is such a moron, such a lowlife, classless piece of trash, that he doesn’t even know what he has said, what racial slurs he is throwing around.

And the worst part about this entire feud, is that nothing that comes from this will change the minds of any of his supporters. There is nothing that this man can do to make those brain dead morons, sporting those MAGA hats, think that maybe they made a mistake. That maybe he’s not Presidential material, that maybe he’s not the very stable, genius, expert negotiator that he claims to be.

For what it’s worth, even though I dislike her, I hope that everything that Omarosa has made a claim about comes true, and I hope that she is able to verify it, and show the world that not only is Donald Trump a disgusting human being, but that he’s also a complete liar about everything that he’s currently denying.