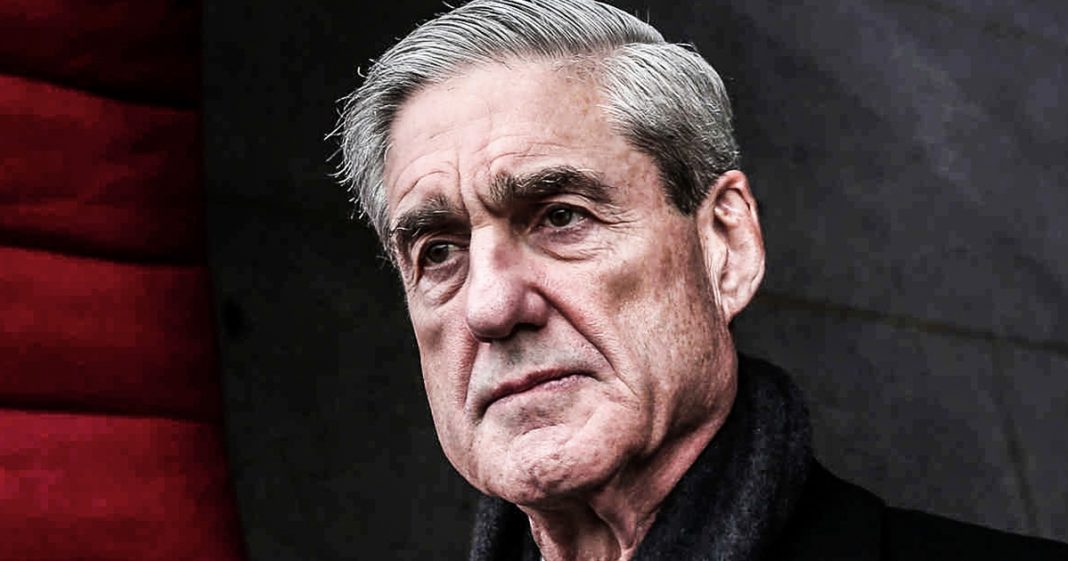 In a major blow to Donald Trump, one of the judges that he gave a lifetime court appointment to has upheld Robert Mueller’s authority to investigate Trump and says that these kinds of investigations are completely within the powers granted by the US Constitution. Trump has been on a tear about Mueller recently, with his attacks growing more desperate and frequent. Ring of Fire’s Farron Cousins discusses this.

Donald Trump was dealt yet another huge blow in a courtroom yesterday, this time by a judge that he himself actually appointed. US district Judge Dabney Friedrich, appointed by Donald Trump, overseeing the case of Concorde Management and Consulting, the case against them. That’s the Russian company accused of hacking in the DNC, spreading misinformation, and all of that.

In his ruling, that not only was the case not going to be thrown out, but Judge Friedrich actually said that Robert Mueller, the special prosecutor, and his entire investigation, is 100% constitutional, and that it is going to continue.

Now, this is a huge blow for Donald Trump for obvious reasons. First and foremost, Trump has repeatedly told us via Twitter that this entire investigation is a witch hunt, it’s a hoax, and more importantly it’s unconstitutional. Robert Mueller does not have the authority to do this. He doesn’t have the authority to appoint the, what is it now? I think his count is up to 17 angry Democrats the president tells us. Yeah, the whole thing, wildly illegal. But Jeff Sessions is so incompetent that he’s letting it continue because he recused himself.

Those were actually the latest talking points we’ve seen from the president in just the last 24 hours by the way. But no, even a Trump appointed judge, who we know, according to legal associations rating of these judges, they’re pretty bad. Even they acknowledge that yeah, Robert Mueller has full constitutional authority to do what he’s doing.

See, here’s the thing. I think a lot of Trump people don’t quite understand this. They want to go out there and attack Robert Mueller like he’s got some kind of vendetta against the President. Um, this dude didn’t just launch the investigation on his own. He didn’t wake up one day and say, “you know what, I’m going to investigate the president.” No, he didn’t even volunteer for the damn job. He was appointed by Rob Rosenstein in Donald Trump’s US department of Justice, probably because Rosenstein thought that “Hey, this guy’s a Republican, he’s worked for Republican’s. He’s a good old boy, he’s going to do what we need him to do.”

And he is, he’s investigating. He’s not being partisan, he’s not playing politics with it. He’s doing the job that he was appointed to do. He didn’t choose this, it was thrust upon him. So can we end it with those talking points of Robert Mueller’s got an ax to grind? No, the guy was given this job. We don’t even know if he wanted to do it. But dammit, he’s doing it, and it’s freaking Donald Trump the hell out. And that’s the greatest part about all of this.

Because we know that as Mueller continues digging, obviously Trump freaks out more, because he knows how close Robert Mueller is getting. That’s why he refuses to sit down for a conversation with him, and that’s why his lawyers say that you can’t ask him any questions about obstruction. And that’s why we have folks at Fox News telling us that it’s not fair it Donald Trump sits down, because even if he tells one little lie, he’s going to be caught in a perjury trap.

So, if Trump wants to do something drastic like fire Robert Mueller, he better be prepared for the consequences of that, because it didn’t go so well when Richard Nixon fired the special prosecutor investigating him. He was forced to appoint a new one, who took him down even faster than the first guy was able to do. That same scenario is likely to play itself out with this ongoing investigation, but at this point, only time will tell.