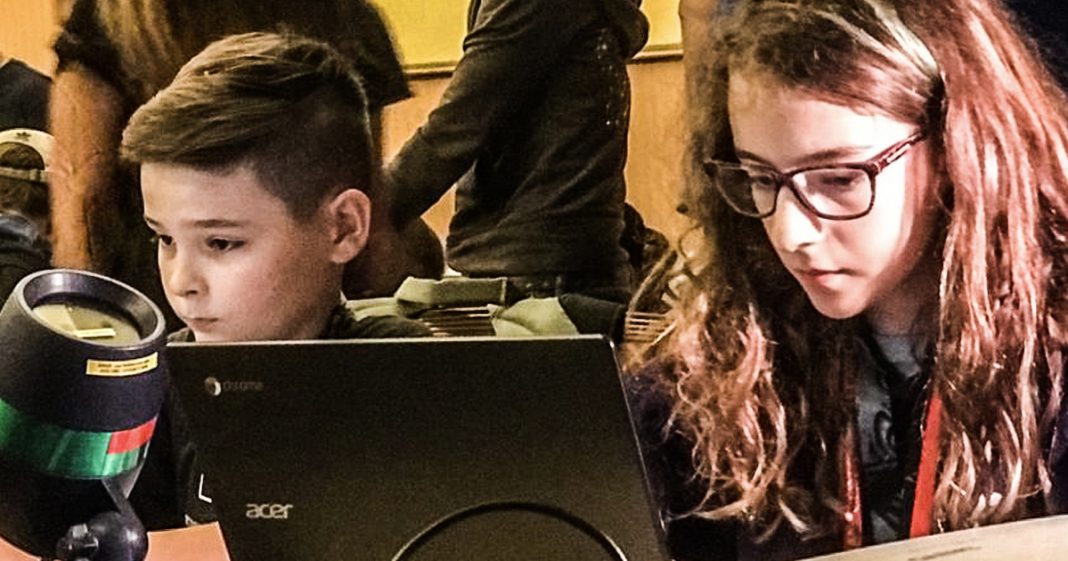 During a simulation to show just how insecure our voting system really is in this country, an 11-year-old was able to successfully hack into a replica of Florida’s voting systems and change vote totals without being detected. Not only that, but he managed to do it in under 10 minutes. Republicans are still telling us that our voting systems will be fine, but they were just proven wrong by a middle schooler. Ring of Fire’s Farron Cousins discusses this.

Recently, at a yearly hacking convention called DEF CON 26, an 11 year old boy was able to hack into a replica of the state of Florida’s voting system, change vote totals in under 10 minutes. An 11 year old boy was able to get into the system, change vote totals, even in some instances change the names on the ballots, change the names of the political parties, basically entirely change the outcome of an election. And get in and get out, undetected, in under 10 minutes.

Now the reason that they did this, this was part of their voting machine hacking village, ’cause they wanted to show how unsecured our voting systems in this country actually are. So they had these children come in and show that it’s so easy that a middle schooler can do it. And yet at the same time, the party in charge of all branches of government right now, the Republicans, refused to give us more money as a country to secure our voting machines.

You know, Democrats seem to think that right now the biggest problem is we’re going to have Russia interfere. Guess what? That’s not the biggest problem. Yeah, it would be a problem if they did, it would be a problem if any country did. But we don’t need another country to come in and hack when the child down the street is able to do the exact same thing. This isn’t a Russia problem, it’s not a Saudi Arabia problem, this is a problem with anyone who knows how to hack. That is why this has to be fixed, and that is why we need that extra money to secure these voting machines.

Here’s the dumbest part of the entire story. We have known this for at least 14 years. 14 years. We have seen hackers come in, on the media, sometimes Good Morning America would bring them on to show us how unsecured our voting machines and our voting systems truly are. They would do it like that. Change vote totals, change candidate’s names, rearrange things. You know, triple the number of votes that a candidate got even though it far exceeded the population of a certain area.

Our system is so unsecured that anyone with very minimal knowledge could get in there and absolutely destroy our democracy.