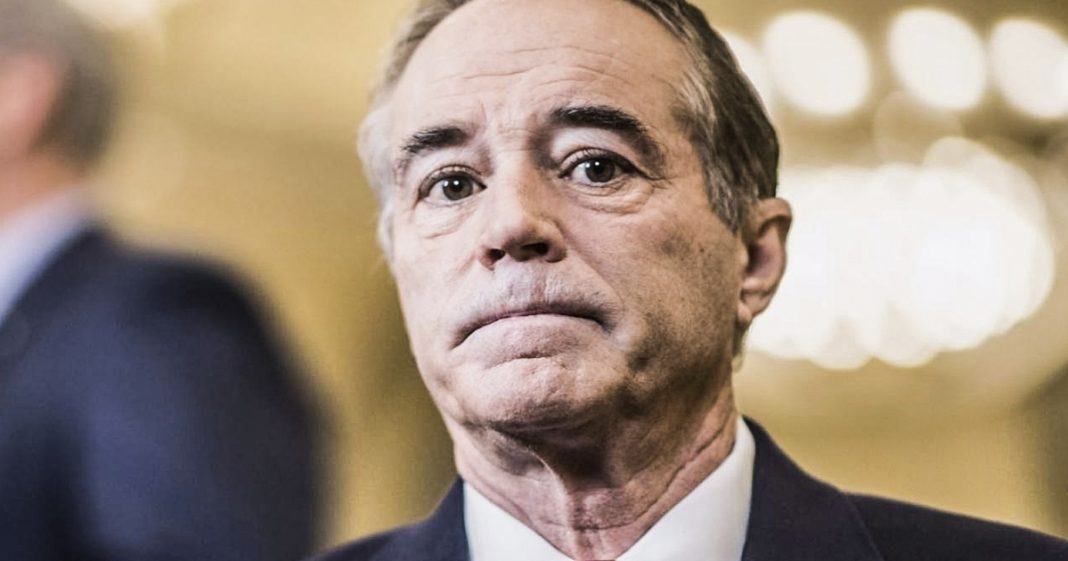 Republican Congressman Chris Collins swore that he was still going to run for re-election, even after he was arrested for insider trading. But after a few days, he decided that he would actually suspend his re-election campaign while he awaits trial. His seat is as good as flipped, but this issue transcends partisan politics, as Ring of Fire’s Farron Cousins explains.

Not long after being arrested last week for insider trader, Republican Representative Chris Collins announced that he absolutely was still going to run for reelection this year because he did not want his seat to flip from red to blue. Well just a few days after that, he announced this past Saturday morning, “You know what? I’m gonna go ahead and suspend my campaign for reelection. Because, you know, these insider trading charges that I was popped on seem pretty serious and I don’t want to just hand the Democrats this seat by running for reelection still.” Now Collins still maintains that he did nothing wrong and he still says, “I’m looking forward to being fully vindicated and exonerated in this.”, even though the evidence is pretty clear.

Here’s what happened. Collins and his son own stock in a company on which Collins sat on the board of. And Collins being a U.S. Representative had information that a drug put out by this company failed FDA testing and was not going to be allowed on the market. As soon as Collins found that out he calls his son, tells him dump the stock, before the company announces this. The next, after they had dumped their stock, the company announces it. Shares fell 90%, but because of that little insider trading tip Collins and his son saved 768 thousand dollars. That’s how much money these guys would have lost had it not been for the insider trading. And, of course, there’s also the video of Collins on the lawn of the White House where it is alleged that he is actually making that call to his son.

So yeah, kind of, a pretty clear cut case there for Collins. This man is not going to be able to run for reelection for Congress again, most likely because he’s going to be in jail for insider trading. But here’s the thing, it’s not just Collins alright. We have seen too many people in the Federal Government, especially those within this current administration, that are using their position in the government to make themselves money, or to avoid losing money. This entire system has to change. Members of Congress, members of this administration, the last administration, most administrations, only care about one thing and that is their personal finances. We have to get money out of the equation. Part of that involves getting people who put the love of money over everything else in Congress.

We have to get them out of there, because it’s not just taking the corporate PAC money, it’s packing the House and the Senate with people who only love money, people like Chris Collins. That is a bigger part of the problem, but it’s a part of the problem that never gets addressed. Because, yeah corporate money, buying our elections, buying our politicians, is a huge issue. But sending people to Congress that only love money, that only want to use their position to make themselves even wealthier, that’s another major problem that has to be fixed.

Furthermore, we have to get these people to completely divest. You want to go sit in Congress? You want to have access to information that nobody else does? Fantastic. Dump all your stocks. Put them in a blind trust and you have no say whatsoever about where they go. Until we fix this problem we are going to continue to see more people like Chris Collins get basically arrested, brought out in handcuffs, because they couldn’t resist the temptation of making a few more dollars, even though their real job is supposed to be protecting and serving the American public.