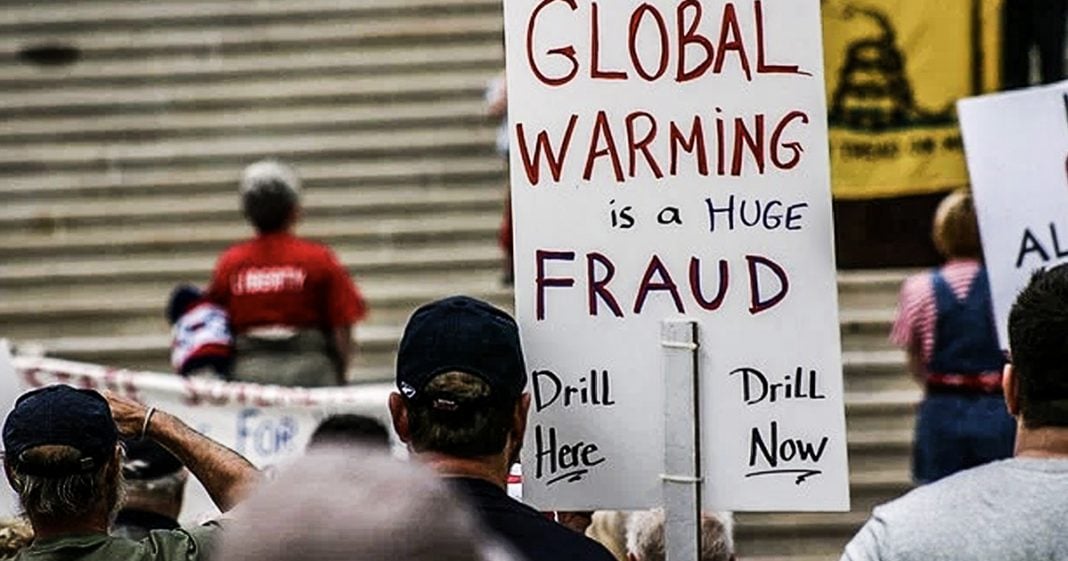 YouTube is hoping to combat the rampant misinformation coming from their site by trying to fact-check the climate change denying videos that get posted on their site. This is a huge positive step for the media hosting platform, and hopefully it will help to quell the spread of misinformation that their site has become known for. Ring of Fire’s Farron Cousins discusses this.

Earlier this year, YouTube announced that they were going to do their best to try to crack down on fake news conspiracy theories and other misinformation that was being spread through the videos hosted on their platform. Well, recently it was revealed that one of these changes that they’re doing to help inform people of the truth is that they’re going after climate change denying videos and providing a disclaimer at the bottom that actually tells the truth about climate change. And the truth is, that yes, it’s real. Yes, it’s backed by nearly every scientific paper that has been written on the subject, and that those denying it are not telling you the truth. That’s a pretty bold move for YouTube, and to be honest, it is absolutely 100 percent the correct move that they should be making.

We have too much misinformation flying around this country on a daily basis. And I don’t think there’s ever been any issue that has had more misinformation spread about it than climate change. We have these high powered multi-million dollar organizations that are all funded by the fossil fuel industry that go out there, they publish papers, they pay think tanks to write papers. They even pay scientists in some instances to write papers, but now with YouTube being as popular as it is, they’ve gone that route.

They put out these videos. Some by just independent crackpots out there trying to tell you it’s not real. Others by well functioning, well oiled machines of the fossil fuel industry. Now, it doesn’t say that it’s put by Exxon itself or by the Koch brothers. Instead, you have to go to other groups like the Heartland Institute. Things like that. Groups like that putting out these videos trying to tell us that the evidence we see all around us of climate change, the massive heat waves taking place, the huge fires in California, the massive hurricanes that rocked this country last year, yeah those are just anomalies. There’s no climate change related to it. Those are just things that happen and, they just seem to be happening more and more and more and more.

YouTube’s making the right call here, and I hope that they continue this, and I hope that they continue to do it on other subjects. Climate change is something in this country that the scientists have known about for too long for there to still be this much misinformation flowing through this country. And when you get to the heart of it, you can trace almost every single piece of misinformation on the issue of climate change back to the fossil fuel industry or through a little group think tank organization that they’ve been funding. That’s where it’s all coming from. You always have to consider the source and you always have to follow that money. Nearly every single time, that money is going to lead you right back to those fossil fuel company board rooms. YouTube’s doing the right thing, and I hope that they continue this.