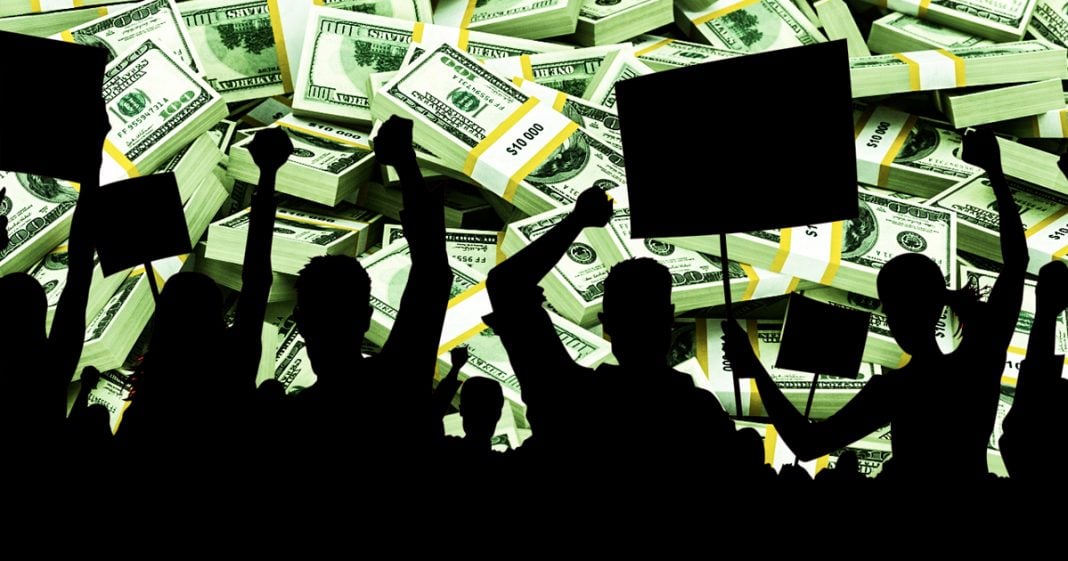 Lost in most of the analysis of this week’s primaries and special elections was the fact that voters in Missouri overwhelmingly voted down a measure that would have turned the state into a “right to work” state. This means that unions won’t be stripped of their power to help workers fight back against corporate power, something that corporations in Missouri never saw coming. Ring of Fire’s Farron Cousins explains why this is such a massive victory over corporate power.

There’s been a lot of hand-wringing and tsk-tsking so far this week with Tuesday’s primary victories. You had establishment telling us that, “Oh, Alexandria Ocasio-Cortez, all of her candidates failed, so she is a failure. Everyone must laugh at her.” Then you have people rightfully pointing out that, “No, actually, four or five of the people she endorsed did win. It was a big night.”

But while everybody’s kind of bickering about whether or not progressives should do the right thing and move to the left, or we should do the same thing we’ve done that lost us over 1,000 seats and just stay in the middle and not change at all, they all seem to overlook a major victory that happened in Missouri this week when voters overturned a right to work law in that state through a voter referendum. The voters in the red state of Missouri stood up and said, “Hell no, Republican government. We’re not going to accept your right to work, which is a right to work for less law. And we want unions to still have some power here in our state.” Why? Because the people in Missouri obviously understand the benefits that unions provide.

Unions have the ability through their bargaining power with the corporation that they’re working for, to raise wages for other companies in that area by as much as 14%. Even companies that don’t have unions, if you’re in an area where there’s a union in another company, your wages are going to go up. That’s what happens. The rising tide lifts all ships, and that rising tide is union power.

The last time we had union membership in this country that was about 30 to 40% was also the last time that we had a strong middle class. And then when Regan came along and destroyed the unions, membership plummeted into the low teens, so did middle class buying power. They diminished. They dwindled. They went away. And that sparked what still goes on today which is the massive divide between the haves and the have nots.

Unions were the one thing that were bridging that divide, that were keeping CEO pay in check by allowing workers to get more for what they’re doing. To get more benefits. To be able to take care of their family with health insurance and dental insurance and vision, and all of that. As unions die, so do benefits, so do wages. And due to the fact that unions have suffered so many blows over the last 20 years alone, it is remarkable that the voters in the state of Missouri stood up and said, “No. We’re siding with the unions. We’re siding with the workers over the Republican party that is being funded by these corporations.”

That is a massive victory for union, and hopefully other states will follow the blueprint put forward in Missouri and do the same thing in their states, and get rid of these disgusting pro-corporate right to work laws that do nothing to help you with your job freedom or job security, but they do everything to allow corporations to get away with the biggest fraud and abuse that you could ever imagine.