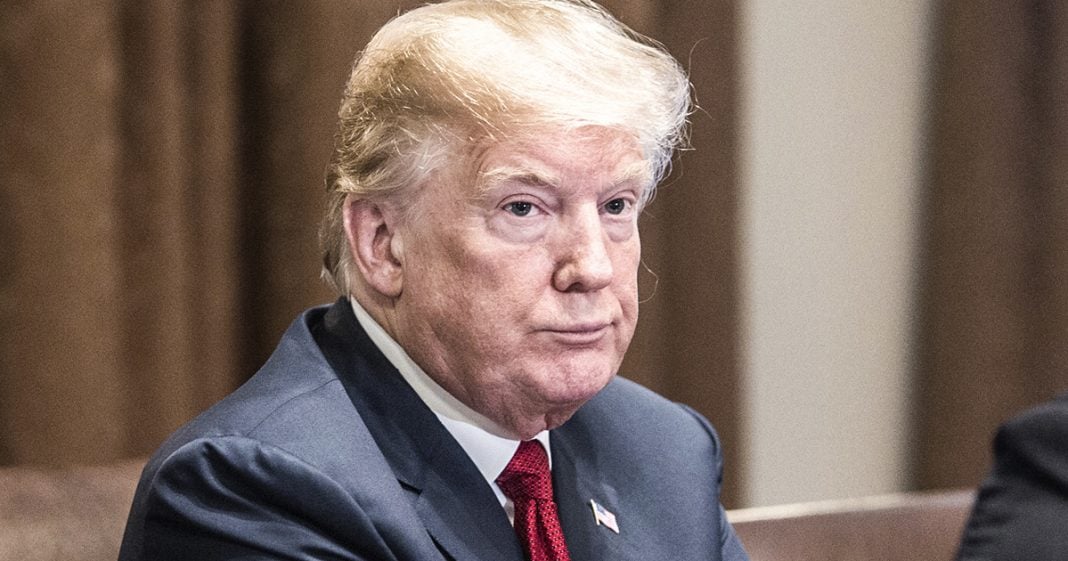 The White House is currently preparing a new report that allegedly shows that immigrants are a drain on our healthcare systems, but already-available reports show us that this is completely false. This will just be the latest in a long line of Trump lies about immigrants in this country, but unfortunately, these are lies that most conservatives are going to believe. Ring of Fire’s Farron Cousins discusses this.

Right now the Trump administration is working on a report that is supposed to tell us that immigrants here in the United States are drawing more away from our healthcare system and are an overall healthcare drain, and that’s costing us all more money. This is part of their ongoing attempt to tell us that immigrants are bad and that we should hate every single one of them.

However, this report actually flies in the face of all of the available data that shows that immigrants in the United States actually contribute more to health insurance and healthcare in the United States than they take out of it. What has happened is that immigrants in this country, those who have come here and are working legally, they have created a bit of a low-risk pool, as analysts call it, because they pay into the system, they get insurance through their employer or they buy private insurance because they need it, and then they end up not using it as much as the native population. So they’re paying more in and getting less out, and that actually helps to subsidize and keep costs down for U.S. citizens.

So immigrants are actually one of the reasons our healthcare has not gone up even more in recent years, and yet, the administration is preparing a report right now, that’s being cowritten by Stephen Miller, to tell us that immigrants are responsible for our rising healthcare costs, and none of that is even close to being true.

But here’s the reason I’m telling you that story. It’s because so far every talking point that Donald Trump has come out about immigrants and how horrible they are has been an absolute lie. Oh, they’re coming over here to rape and kill us. Really? Because the population of immigrants in the United States, both legal and illegal, the crime rate among them is actually lower than white people here in the United States, so you’re wrong about that. They don’t contribute to the economy? Tell that to the farmers and small business owners throughout the country that are having to shut their doors because they can’t find American workers to do those jobs they usually hired out to immigrants on the H2B visa program, but now they don’t have them because you cut it back, and they’re going out of business, creating ripple effects throughout their local economy of less money flowing around.

Oh, and about the taking our job things that Republicans have been saying for decades? Yeah, that story also proves that wrong, because there really are some jobs that Americans will not or cannot take, and the immigrants were coming over here and filling those jobs, just kind of like they do at Mar-a-Lago, where you hire all those foreign guest workers, Mr. Trump.

The point is the United States economy needs immigrants. If we build that wall, if we deport every single one of them, we will be in for one of the biggest economic crashes that we have ever seen. And not just with businesses having to shut their doors, and the businesses that then have to shut their doors through the ripples, but also in healthcare, as we now know. Everything could crumble, at least to some degree.

So can we stop with the xenophobia? Can we stop acting like these are horrible people coming over here to take everything we’ve built, and maybe start treating them like dignified human beings who are only coming over here to do the same things that we do every day? Go to work, support your family, have a nice meal and go to bed, and then you wake up and you do it all over again the next day. That is what the vast majority of these people coming into the United States are trying to do. They just want to take care of their families. They just want to make some money. They just want to contribute.

But this Trump administration has spent so long trying to turn them into villains that it’s almost hard for those Republicans to even think of these people as people anymore. That’s why Trump gets away with using language like animals to describe them. These are human beings, and they deserve the same kind of dignity and respect that the rest of us in this country get every day. It has to be that way. It has to be reciprocal. Because these immigrants, they may not know it, Republicans may not want to admit it, but they are the key to the U.S. economy. And if we throw away that key, good luck getting this thing started again.