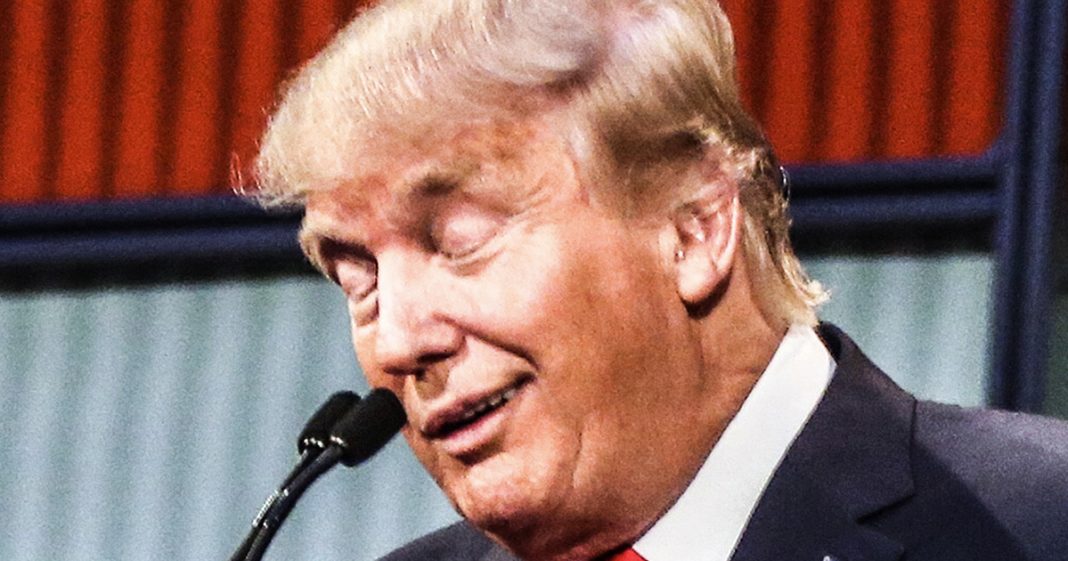 According to White House aides, Donald Trump likes to have his rallies recorded so that he can go back and watch them in the White House to marvel out how amazing he is. Often grabbing aides and other staffers to watch with him, Trump isn’t trying to make his speeches better by critiquing his performance, he’s instead showing off how “brilliant” his performances are. Ring of Fire’s Farron Cousins discusses this.

Just when you thought that Donald Trump could not get any creepier as a human being, we’ve gotten reports this week that Donald Trump apparently likes to have his staff record his rallies, load them up on the TV in the Oval Office so that he can go back and watch them with his staff and his aids. Not to critique his performance and find out what he can do better, but because he wants them, along with himself, to marvel at his brilliance.

Now, what’s happening is they actually have a dining room attached to the Oval Office with this big TV, that is where they load up these rallies. Trump comes back from doing it, they sit down, they watch it. He controls the remote. And this is hilarious, because the reports say that he’ll stop, he’ll pause it and he’ll say, “Okay, wait for this. Here comes the big one.” And then he’ll say, “Oh, did you see what I did right there?”

It’s not just that he has such an enormous ego that he goes back and re-watches them, it’s that to him it’s not about the politics, it’s not about the policies, it’s about the performance. He is a performing artist now, that’s what this is. He is an actor. He thinks that he’s supposed to be going out there and entertaining people, or giving them something to talk about. Not politically, but about how great he is, how great his performance was. He should win an Oscar for this.

That’s what’s wrong with this man. This is a level of narcissism that is incredibly rare in this country. I mean hell, most of us who do this for a living go out and do these videos, we don’t sit and watch our own videos and say wow, look how great I am. I can honestly tell you that I have never sat and watched a single entire clip of anything I’ve done. Sometimes I’ve accidentally clicked on them and then had to immediately click out, but I do not watch my stuff. I know when I screw up, I don’t need to go back and re-watch it.

But this guy, he’s not re-watching it to say, ah yeah, I shouldn’t have done that, I see my hand thing was weird. Okay, I get it. No, he’s watching it so he can have all his aids and staffers right there and say, “Wow, do you see how magnificent I am. I’m such a great performer, I’m such a great entertainer. Everyone should love me.”