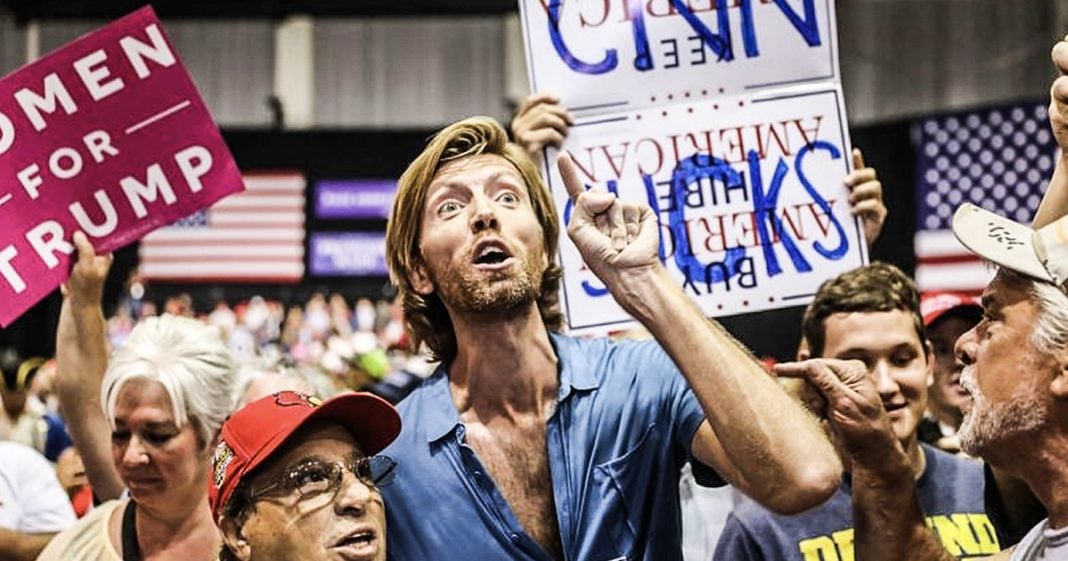 Believe it or not, the little hate-filled rallies that Trump is holding several times a week are actually meant to serve a purpose – they are to raise awareness and promote Republican candidates. But Trump makes these rallies all about him, and Republican leaders are getting annoyed that he can’t stay on message for more than a few minutes. Ring of Fire’s Farron Cousins discusses this.

Believe it or not, there is actually a point to all of these little rallies that Donald Trump goes around the country doing. And the point of them is not to promote himself. I know, it seems odd to say that, because during every one of these rallies he only talks about himself, and promotes himself, and talks about how great he is. And the idiots in those crowds seem to eat it up pretty well. But the real purpose of these rallies is he’s going to areas where candidates need his help. He is doing these rallies for candidates in those areas.

They always come out on stage before he does. And in the beginning of every speech he usually points around like hey, this dude, this is a good guy. Vote for him. Now, back to me. I’m such a great human being, blah, blah, blah, blah blah.

Where as it turns out, we’re not the only people who have noticed that. The Republican establishment, the leaders within the Republican party are growing furious with Mr. Trump, over the fact that his rallies are doing absolutely nothing to benefit the candidates that he is holding them for. And, they’re actually worried that rather than helping the candidates or doing nothing for them, it’s eventually going to end up hurting those candidates.

Not because the people in the room there are getting annoyed with Trump bragging about himself, and so they won’t vote for those people. But because everywhere Donald Trump goes he seems to stir up the opposition, only making them more eager to vote against whoever it is he’s supposed to be there promoting.

But that is exactly what Donald Trump does, and these people are never going to get him to change. I mean it’s like they didn’t pay attention at all when he first announced he was running for president. Every speech Donald Trump has ever given, whether it’s to graduating West Point cadets, or to firefighters and first responders, or during a campaign rally, the man only talks about how awesome he is. Not the group that he’s honoring, not the people who save lives, and certainly not the people running for office. Because in the world of Donald Trump, the only human being that matters, or that is worth anything, is Donald Trump himself. And those Republican leaders will never get him to change that.