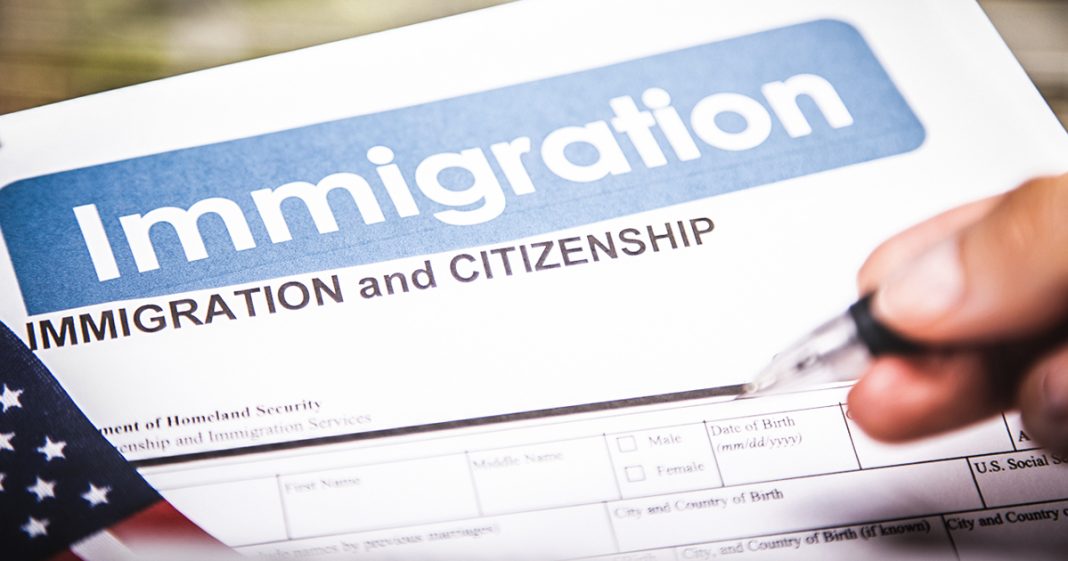 While the political talking points may be that immigrants are taking our jobs, the reality is that migrant workers help make up a significant part of the US workforce. And thanks to the new restrictions that the Trump administration has put in place, small businesses across the country that rely on these migrant workers are losing hundreds of thousands of dollars, and some are even having to close their doors. Ring of Fire’s Farron Cousins discusses this.

Politicians love to tell us, right now, that the economy is doing better than ever. Look at any number. Unemployment is at record lows. Wages … Well, actually don’t look at wages, they tell us, because those are doing really bad. They’ve actually fallen this year. Taxes, though, taxes are lower. Corporations are up. Productivity’s up. Confidence is up. Consumer spending is up. How could it be that small businesses across the country are suffering, now, more than they had been in the last few years?

Well, the answer to that question is because small businesses, right now, are being absolutely hammered by the Trump administration’s decision to clamp down on the number of H2B visas that they issue each year. In their zeal to get rid of some of these immigrants coming into the United States, the Trump administration, last year, announced that it was lowering the total number of H2B visas that they were going to hand out, which, those visas, in case you don’t know, are for the seasonal workers who come to the United States, work a season, then they go back to their homes.

That labor is a vital importance to small businesses from coast to coast and border to border, here in the United States. Jobs in landscaping, believe it or not, fairs and carnivals, depend on these workers. Factory jobs, delivery jobs, all kinds of things that people don’t even realize absolutely depend on these H2B visa guest workers. Because they can’t get the visas, they can’t get the workers to come over here. Businesses, according to new reports, are losing thousands to upwards of a half a million dollars this year, because they simply don’t have enough workers.

These are jobs that these people claim that American workers simply don’t want. It’s backbreaking labor, or it’s working out in the hot sun all day, or it’s some other kind of thing that American workers either don’t want to do or they just physically cannot do. Some farm work, actually, a lot of farm work, here, in the United States is done by these migrant workers. We have had instances where this entire program of migrant guest workers was shut down in cities in this country. What happened there, in the farming communities in those cities, was that the fruit and vegetables were out there rotting in the field, because they literally couldn’t find a single American worker willing to go out there and take that job and do it.

Yes, don’t get mad when I say Americans aren’t willing or able to do it, because that’s been proven any time we’ve cut down on the number of migrant workers that come here to the United States. These people are vital to our economy. They come over here. They pay taxes. They may not have children in our schools, but they’re still having to pay for our schools. They contribute to the economy. They contribute to the overall taxes received by the federal government that gets spent on other programs around the country. Yet, we won’t let them in. Except, of course, obviously, the fact that Trump, down at Mar-a-Lago, is basically hiring nothing but these H2B4 and guest workers for the season, but he’s not extending that same courtesy to workers, and companies, and small businesses, all over the United States. Their doors are closing. People are losing hundreds of thousands of dollars, because of this immigration policy. That’s what happens.

All these people out there who say they hate immigrants, they come over here, they’re lazy, they’re stupid, they don’t do anything, trust me, the American economy, businesses, small and large alike, they cannot function without migrant workers from other countries coming into the United States. We are finding that out the hard way right now. If we don’t fix this, if we don’t allow them to come over here, at least as guest workers, things are going to get so much worse economically for all of us.