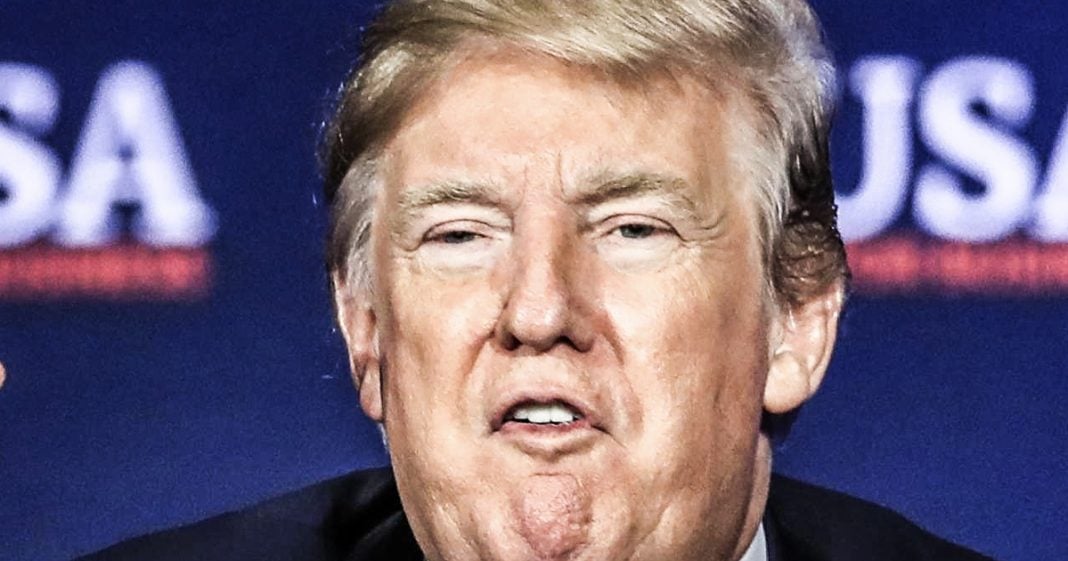 The Treasury Department has decided that banks don’t actually provide “financial services” as part of their business. While this is obviously laughable, that simple reclassification allows big banks to qualify for even more tax breaks under the Republican tax scam package that went into effect this year. Ring of Fire’s Farron Cousins explains how the new scam works.

According to a great new report by journalist, David Sirota, the US Treasury Department led by former banker, Steve Mnuchin, is actually preparing to give big banks yet another tax cut. And this is a tax cut that actually doesn’t have to be approved by anybody other than the Treasury Department.

Here’s the backstory that Sirota explains in his piece here. When they were coming up with the original Republican tax cut package towards the end of last year, they wanted to make it so that any company registered as an S corporation, or an LLC, or anything like that, they were given an extra tax cut on what is called pass through income. Now, this would have also applied to many big banks. It also applies to many real estate companies like Donald Trump’s companies. So, Republicans, after a lot of pushback on this said, “Okay, you know what, we’re going to say that if you provide financial services, you don’t get this extra pass through income tax cut.” Which obviously, if you provide financial services that would include big banks.

Well, the Treasury Department is actually working to rewrite that so that the official role of big banks in the United States is not in the financial services industry, and therefore they would now be eligible for this $2.5 billion pass through income tax cut.

The Treasury Department that is being run by a former banker is now trying to rewrite reality so that banks aren’t actually financial service institutions just so that he can give them more money. Now, this is something that for the last few months again, according to Sirota, the banks have been lobbying for. They’ve been meeting with Mnuchin and other members of the Treasury because they know that they can change this rule without having to go through Congress. And in most cases, had it not been for people like David Sirota, they could have done it without anybody even noticing.

But Sirota was one of the few people that actually took the time to read the fine print of this rule that the treasury department is drafting. He did his homework. He is a phenomenal journalist, and we need more people like him out there in the United States today.

The bottom line is this though, the Treasury Department is going to do this. Big banks are about to get another massive tax cut at a time when their profits are reaching all-time highs. They’re screwing over consumers, they’re being deregulated, they’re engaging in the same kind of risky behavior that led to the crash of 2007 and 2008. And we’re rewarding them with more money and fewer people looking over their shoulders to make sure that they aren’t breaking the law.

This is what happens when you have a government that is run by former corporate executives and people who always consistently put the desires of corporations over the needs of the people. And unfortunately, that is exactly the kind of government that we have today.