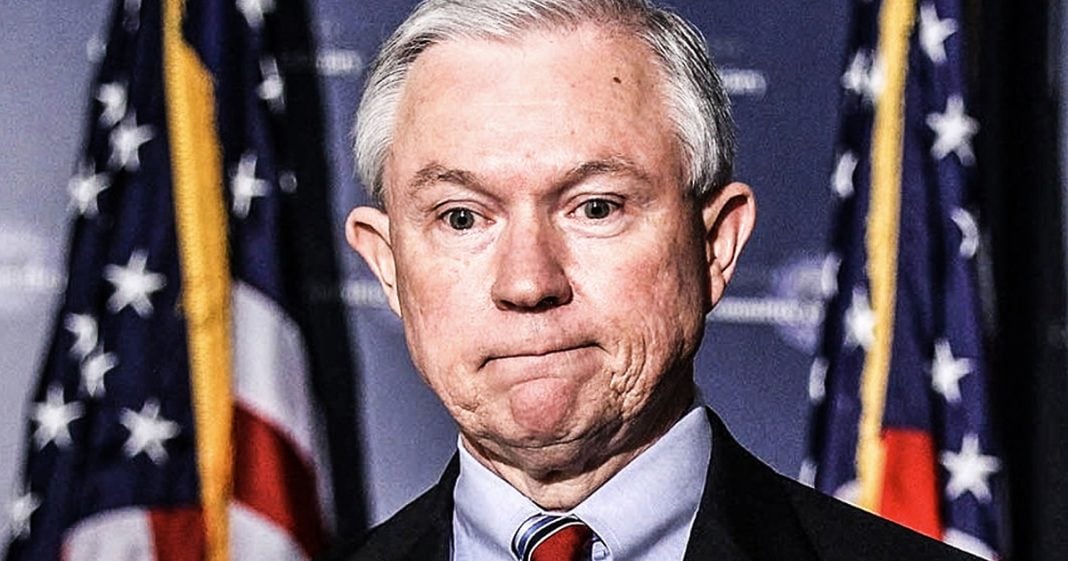 A federal judge in Washington has threatened to hold Attorney General Jeff Sessions in contempt of court for sending an immigrant mother and her daughter off on a plane to be deported before the deportation hearing had even concluded. The judge made the plane turn around before the threat was made to Sessions. Ring of Fire’s Farron Cousins discusses this.

This administration has been having a very tough time in court recently. And no, I’m not referring to any of the ongoing investigations or the Michael Cohen investigation and lawsuit. I’m talking about when it comes to actual nuts and bolts policy. The Trump administration specifically the Department of Justice and their horrid immigration policies are getting smacked down left and right in courts across the country. And it all came to a head on Thursday, when US District Judge Emmet G. Sullivan actually threatened to hold Jeff Sessions, the Attorney General of the United States in contempt due to the fact that they were in the middle of a deportation hearing, only to find out that Jeff Sessions had already had the woman and her daughter deported.

At the time that their hearing was going on, as to whether or not she should be deported, the Justice Department had already loaded this woman and her daughter onto a plane and they were flying out of the country. So the judge immediately had to order the plane to turn around to bring the woman and her daughter back to Washington. That’s when he threatened to hold Jeff Sessions in contempt. This Department of Justice being run by Jeff Sessions believes that they are above the law. They believe that they do not have to wait for these people to have due process but guess what? When you step onto United States soil, you are immediately, citizen or not, protected by due process in the United States. Even if you’re not a citizen.

Jeff Sessions tried to circumvent that. He tried to strip these people of the rights that they gained when they came into this country. Just to prove a political point. Because that’s what this is all about. These people don’t actually care about immigration. They’re not doing anything to come up with any policies for smart immigration. They’re doing it for political purposes to play to their base. They understand that Republicans are down in polling, so they need something to kinda give themselves a little pick-me-up. That pick-me-up is sending women and children back to countries that they fled trying to come to the United States, seeking asylum because that’s the big thing about this case, too. It’s not just she came here illegally. She came here, did all the right things, was seeking asylum. Was denied under Jeff Sessions’ no more asylum policy. And then he just shipped her back without giving her a hearing.

Jeff Sessions does deserve to be held in contempt. He deserves to have to go through a lot more than that legally speaking because of the horrid, unconstitutional policies that he has been trying to put in place since the moment he became our attorney general. This man is an absolute cancer on the American justice system. The longer he stays in that Justice Department, as attorney general, the more that that cancer is going to spread through that entire department and through courts all over the United States.