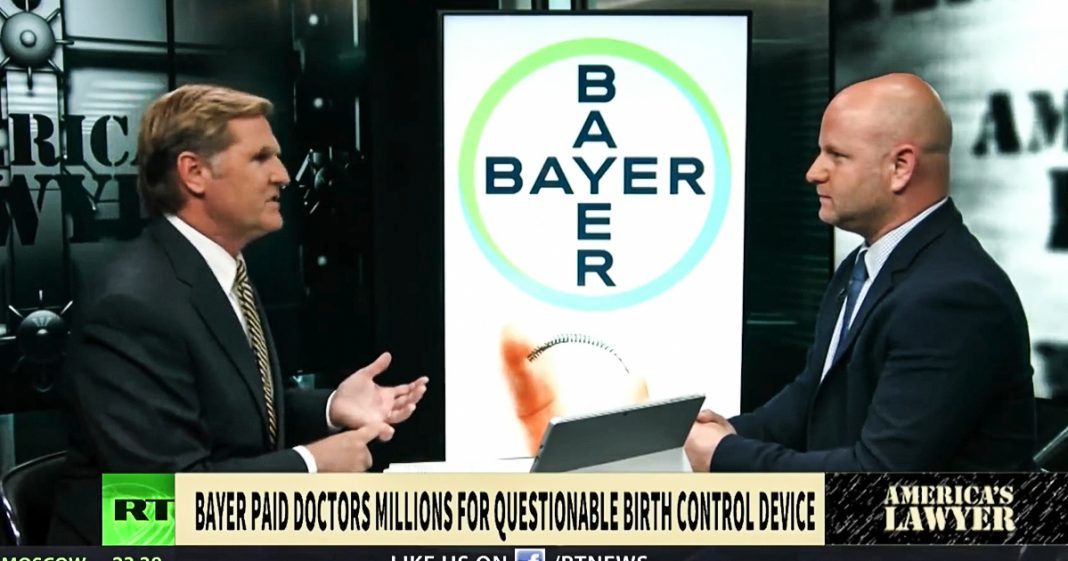 Mike Papantonio: The next story that I thought was remarkable was the Bayer story. Okay, you got a product. It’s Essure. It’s for women, it’s to avoid pregnancy. It’s not a birth control pill, it’s a birth control mechanism that’s supposed to avoid pregnancy. The problem with it is it’s killing women. It’s a simple device. It’s put in the human body, but the problem is, once it’s in the body it starts shattering and it moves throughout all the organ systems. What’s your take on this story/

Farron Cousins: This particular story, which I’m actually kind of shocked that CNN did this in a massive expose a few days ago, but they dropped it on the weekend so nobody could see it.

Farron Cousins: But anyway, Essure, the story of that is it’s this small metal device that has these little spirals on it that’s implanted in the fallopian tubes and just like almost every other metal medical device we see get implanted in bodies, it breaks apart. Those little tiny metal shards implant themselves in the uterus and the ovaries, fallopian tubes, the bowel, anywhere they can get their little prongs into, and women have to have these horrid surgeries. Most of them end up with hysterectomies when they have this problem of breakage. But throughout all of this, Bayer knew what was happening and Bayer knew that they had to come up with a way to negate this negativity around it, so what they did was they spread around $2.5 million to 11,850 different doctors in this country to get them to prescribe this.

Mike Papantonio: Doctors basically are getting kickbacks to use this product.

Mike Papantonio: One woman in particular was at the head of the game. They paid her $150,000 to say, “Why don’t you be the person that goes around the country talking about what a great product it is?” She didn’t have the information to even make a decision on the product. The clinical data that was given to her was probably phonied up by Bayer. We see that all the time. But she’s out there saying, “Yeah, this is a great product.” First of all, it was unnecessary. The product was absolutely unnecessary. You got 50, 60 different kinds of pills alone that will handle birth control.

Farron Cousins: But the women weren’t being told that, either, because that’s another part of the story. Because they were on the dole from Bayer, these doctors, according to the women who went to see them, they were pushy and they were insistent that this was the only option for the women. They took away their right to choose.

Mike Papantonio: Yeah, exactly. There was no way to choose.