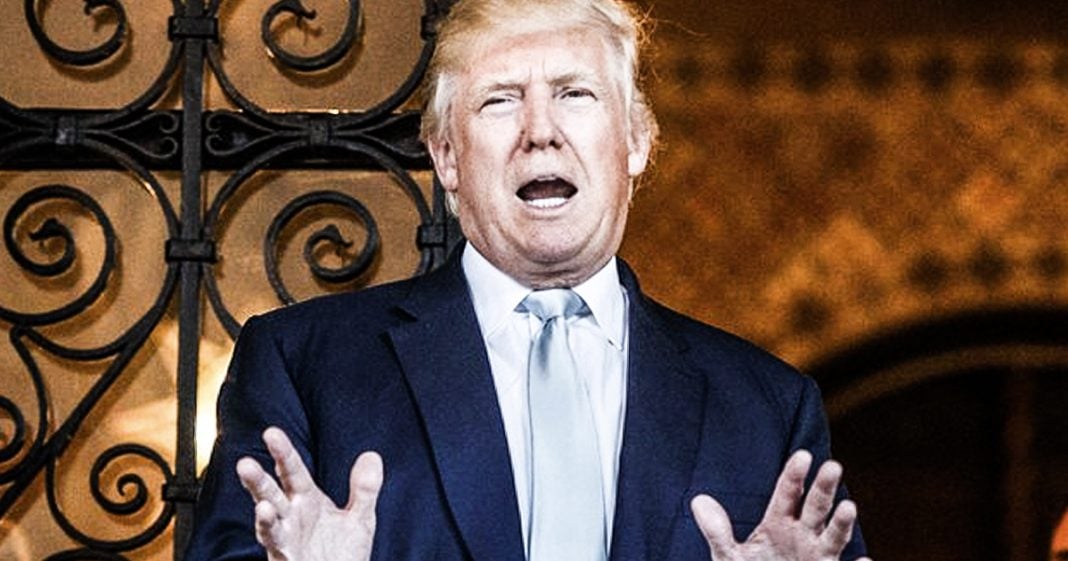 According to a new report by ProPublica, wealthy members of Mar-a-Lago are getting unfettered access to Trump’s Department of Veterans Affairs, and they are even ordering around the head of that department via email. The emails obtained by ProPublica paint a very clear picture of how Trump’s wealthy friends are the ones calling the shots in the government today, as Ring of Fire’s Farron Cousins explains.

According to a major new report by ProPublica, Donald Trump has been using a group of, I guess you’d call them shadow advisors or maybe even a shadow government at this point of his wealthy donors and wealthy members of Mar-a-Lago. See, here’s what’s happened, there is a group of three people according to ProPublica who are members of Mar-a-Lago. They’re very good friends with Donald Trump and they have basically been calling the shots at the Department for Veterans Affairs. You know that department that Republicans tell us has been destroyed for years and Liberals destroyed it, even though it was actually George W. Bush who underfunded it and really turned it into a crap hole.

But nonetheless, rather than having members of the military come in and explain how to make it better or maybe even medical experts, Trump is using these three men, three wealthy men from Mar-a-Lago to help make decisions. Here’s what ProPublica actually reported here. Last February, shortly after Peter O’Rourke became chief of staff for the Department of Veterans Affairs, he received an email from Bruce Moskowitz with his input on a new mental health initiative for the VA. “Received,” O’Rourke replied, “I will begin a project plan and develop a timeline for action.”

Now Moskowitz, the man who sent that email, is not in any kind of authority role over O’Rourke. He’s not even in the Government, he never even served in the military. He is just a wealthy doctor from Mar-a-Lago who happens to be one of the three men who is now advising groups like the VA on what they’re supposed to be doing. The other two, Ike Perlmutter, the reclusive chairman of Marvel Entertainment and a lawyer named Marc Sherman.

Now according to ProPublica, these men have had input on all sorts of things. Ike Perlmutter is actually one of the first people Donald Trump calls whenever he has a question about what should happen at the VA according to reports or people down there at Mar-a-Lago. Perlmutter’s the guy that Donald Trump calls first to get his input on it. If you wanna know why, ProPublica explains that as well. All of these men have some kind of financial stake in business that gets done through the Veterans Administration. They’re doctors, they’re lawyers, they’re in the entertainment industry and they’ve also created an app that would allow veterans to find local medical facilities. Sounds good on the surface, but it would actually just make them a ton of money and they don’t care about the quality of service.

Here’s the problem. This type of informal advisory council is not legal. Now, there are a legal avenues to go through that could make this totally legit and on the level, but they would have to have Government oversight, they would have to have a budget committee, they would have to have all sorts of people looking over their shoulders. They don’t have that. These happen to just be extremely wealthy people that Donald Trump likes to associate with and now he’s letting them call the shots at one of the most dysfunctional government agencies that we have today.

The VA could be fixed and it could be serving our veterans in the way that they deserve, but instead Trump is letting his wealthy friends from Mar-a-Lago call the shots, which is not going to help anyone coming back from serving this country get the care that they deserve. They put their lives on the line. They least we could do is take care of them and maybe put somebody with some medical and military experience in charge of that, not this group of three billionaires and millionaires sitting down in South Florida trying to make a quick buck off the pain and suffering of these soldiers coming back from overseas. But unfortunately, that is exactly what is happening today.