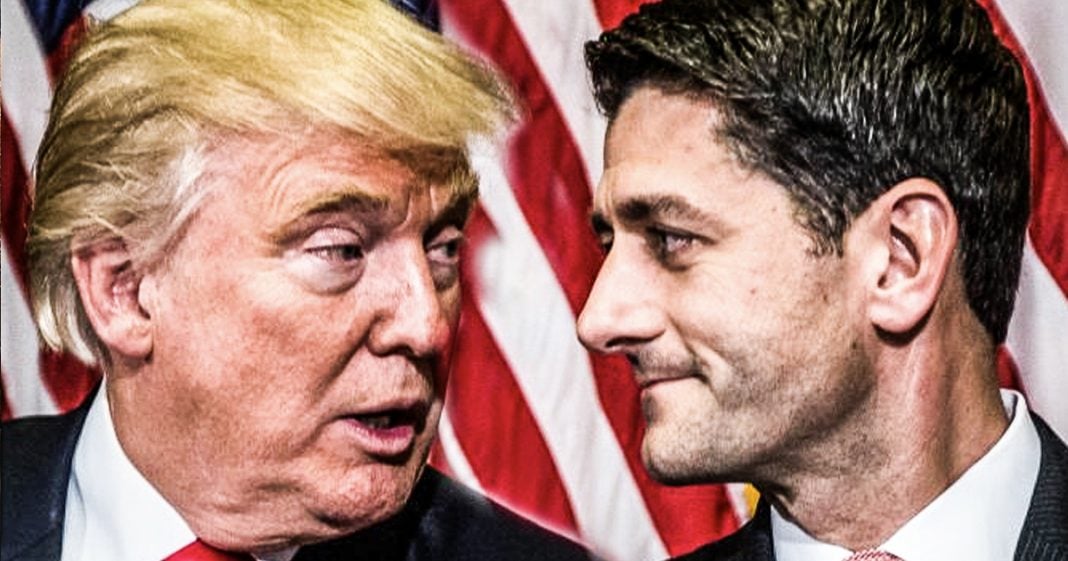 According to a new interview with the outgoing Speaker of the House Paul Ryan, Trump has been pushing this country further into the abyss behind closed doors and only Paul Ryan himself has been able to save us all. This is Ryan’s attempt to rewrite his horrid legacy before he retires, but it isn’t anything that rational Americans should believe. Ring of Fire’s Farron Cousins discusses this.

Republican Speaker of the House, Paul Ryan, is apparently Batman. And I say that because he is obviously working, according to him, behind the scenes, putting out fires and solving problems that we didn’t even know existed. And he’s not getting any credit for it. But that’s okay. At least he can look himself in the mirror at the end of the day. And that is pretty much what Paul Ryan said, during a recent interview with The New York Times magazine.

Paul Ryan says that he meets with Donald Trump all the time, and that Donald Trump comes up with these horrible ideas that will absolutely destroy this country. And it is only through him, Paul Ryan, that he is able to stop these things from ever seeing the light of day, and destroying American lives.

He admits, this is a direct quote from his, it says, “I can look myself in the mirror at the end of the day and say, ‘I avoided that tragedy. I advanced this goal.'” So, it’s not about the admiration, it’s not about the congratulations, it’s just about the fact that Paul Ryan can look himself in the mirror and say, “Hell, yeah. I fought the good fight today, by not letting Trump do whatever horrible thing he had planned on doing.'”

Now, if you’re familiar with Paul Ryan, which I’m assuming most people are, this is utter and complete nonsense. Paul Ryan is one of the most spineless people in government today, and I refuse to believe for a second that he is somehow becoming this Dark Knight warrior behind the scenes, behind closed doors where nobody can see him, fighting off the evil that is Donald Trump.

That’s not who Paul Ryan is. That’s not who he has ever been, and that sure as hell isn’t the public face that he has ever put on for us. He is a spineless sniveling coward, who decided to retire this year rather than face a tough reelection against Randy Bryce. He knows he would lose, he knows he’s lost respect of his colleagues in congress. So, why on earth should we believe that Paul Ryan has the ability to make Trump stop doing horrible things?

I don’t believe it for one second, and neither should anybody else in this country.