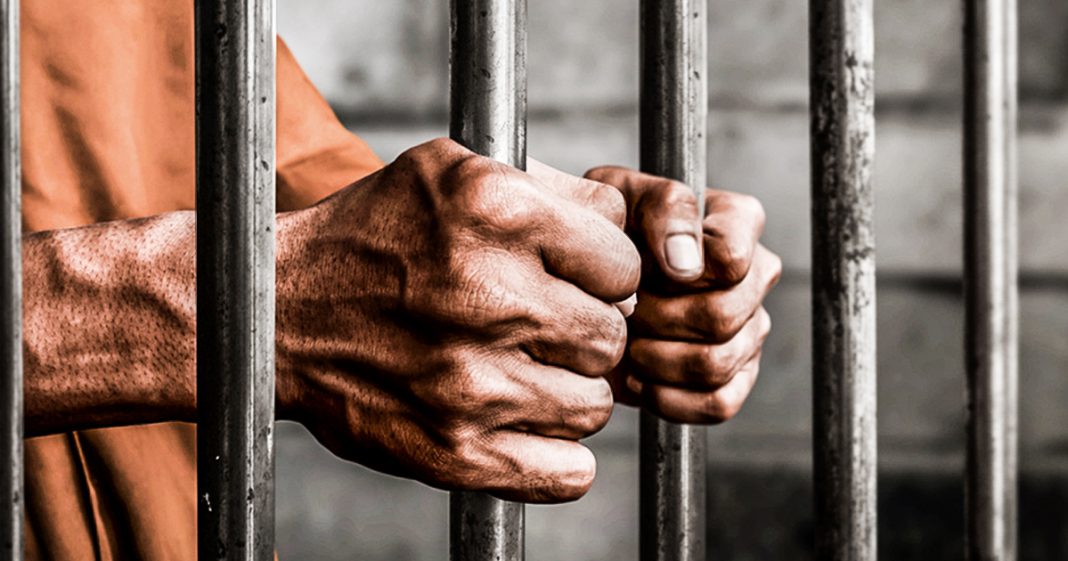 The judicial system in New Orleans is an absolute mess – a mess that has been even dirtier thanks to the work of a Magistrate judge who likes to throw people in jail for being poor. The problem lies with the city’s bail system that does not take a defendant’s financial status into consideration when setting bail, along with the fact that they don’t allow cash bail and force defendants to use private companies that offer a kickback to the judicial system. Ring of Fire’s Farron Cousins discusses this.

The criminal justice system in the city of New Orleans is an absolute disaster, and the reason it’s a disaster is all because of one man, Magistrate Judge Harry Cantrell. This is the man that literally oversees every single criminal trial, criminal person coming into the court, every defendant before they actually had to trial. He is the only magistrate judge in the city of New Orleans, and all of the rest of the criminal actual trials are heard by 12 different criminal justices. But this magistrate judge is the one who sets bail. He’s the one who decides if you get bail and he is the one who has put rules in place that prevent poor people from being able to pay their bail and therefore sending people to jail before trial just because they were too poor.

Well, recently a federal judge ruled that what Cantrell down there in New Orleans is doing is 100% wrong, and he has to stop doing it. According to a report by Ian Millhiser at ThinkProgress, Judge Cantrell down there in New Orleans has been setting a standard bail of $2,500 without considering the ability of that defendant to pay their bail, which obviously denies them of their right to due process. They’re not able to pay a certain amount of money so they sit in jail sometimes for up to a year while waiting for their case to come to a trial. That is wrong. That is not what the US Constitution calls for, but that is what this magistrate judge down there in New Orleans has been doing up to this point where he’s been told he can’t do it anymore.

Furthermore, there was one time, Millhiser points out in his piece, the judge actually allowed a woman to be free while awaiting trial without charging her any bail. Then he found out that her address was a homeless shelter, so he immediately decided to revoke his no bail, put $2,500 on her which she couldn’t pay so she now sat in jail until her trial.

It gets even worse because there’s apparently some conflicts of interest here, too, with this Judge Cantrell who’s been putting people in jail for being too poor, and that is that he requires people to go through a private bail bond company. You cannot pay cash down there, which means if you rallied up all your family members or friends and they were able to raise the amount of cash, they couldn’t hand that over to the court. They would have to go to a bail bondsmen who gets to keep a certain percentage of that money but also the judge, the judicial expense fund for the city of New Orleans gets kickbacks off that. They get kickbacks to this tune of a little over $1 million a year through this scam that Judge Cantrell has been running in the city of New Orleans for years.

Thankfully, he has been told that he can’t do this anymore, that it’s illegal, but he has not been removed. He is still that magistrate judge. As soon as he thinks that nobody is looking over his shoulder anymore, he is going to keep doing the same thing. It’s not just New Orleans. This happens all over the country every single day. The cash bond system, the bail bond system is set up so that if you commit a crime or if you’re suspected of committing a crime and you’re poor, you’re going to immediately go to jail without any chance of release until after your trial. That is not how due process should work in the United States but that is how it does work because we’ve set up a system that benefits the wealthy, and in this case, sometimes even benefits the middle class. If you’re poor, you’re basically screwed in our criminal justice system that we have in place today. Something has to change and the first thing to change is to get rid of the entire bail system.

If somebody seems like they’re a flight risk or that if you let them out they’re going to commit another crime, then absolutely. Keep them in jail. But if it’s just because somebody got busted shoplifting and they’re too poor to post bail, I think we’re okay if you let that person sit at their home until the trial.