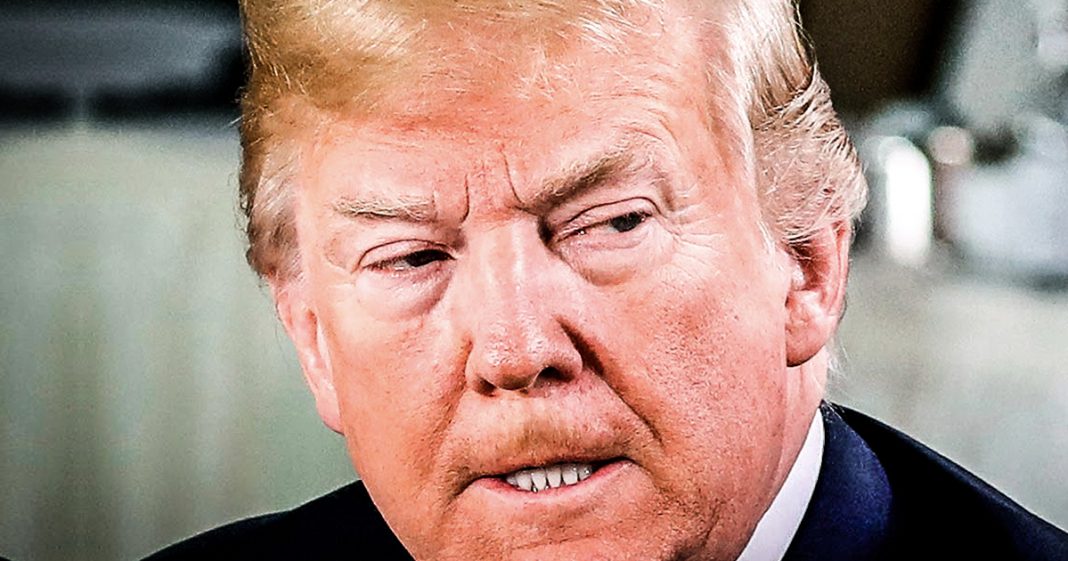 According to new polling data, an astounding 43% of Republicans say that they would like for Donald Trump to have the power to shut down media outlets. They overwhelmingly believe that the press only covers Trump in the negative, and they seem to agree with his statement that the press is our enemy. But Democrats and Independents also seem to hate the media, as this latest polling data shows. Ring of Fire’s Farron Cousins explains.

Now, before we get into more of these poll results, let’s remember that the First Amendment guarantees the freedom of the press, meaning that the federal government can not interfere with it. This is more than just 43% of Republicans want media outlets that they hate shut down. It’s 43% of Republicans want to stomp all over the Constitution and the protections that it affords to the press. Now, these are the same people who get up in arms, sometimes quite literally, when you talk about changing the Second Amendment, but when it comes to the First Amendment, they honest to god don’t care about it at all. All these people out there screaming, “The Constitutional protections that we’re afforded …” No, no, no. They just want the Second Amendment. They do not care a bit about any of the other amendments or any of the text in the original document.

Here’s the issue. Yeah, Donald Trump attacks the media. The Republican party told us at the beginning of this year that they were going to be running against the press in this year’s midterms. I mean, we’ve seen that play itself out. They announced it. They said that’s what they’re gonna do, run against the media, paint them as the enemy, since they have no big democratic boogeyman to use in this year’s midterms. But for the Democrats and the Independents, and for them to say that it’s the enemy of the people, listen. The press sucks. The corporate media is absolute garbage, and that’s what annoys me about these polls, is that, yes, it is 100% okay to hate the corporate media. It’s just that these people hate it for the wrong reasons.

The corporate media is not telling you the stories that you actually need to hear, stories that affect your daily life, stories about products that will likely kill you if you breathe them in, if you inhale them, get them on your skin, or if you’re exposed to them, or the dangerous working conditions that too many corporations are out there creating for their workers. You’re not hearing those stories. You’re not hearing stories about climate change. What you’re hearing is a bunch of just anger at Donald Trump, or in the case of Fox News, love of Donald Trump. Russia dominates the headlines, especially on MSNBC. CNN is always ready to push us into a war. The only time they’ve said that Donald Trump looks presidential is when he lobbed a bunch of bombs over at Syria, because they love a good conflict.

The press sucks, but not because they attack Donald Trump. Most of the attacks on him have been 100% factually accurate. They suck because they’re owned by corporations with an agenda, and that agenda is to not tell the American public about all of the deadly products that they put out on a daily basis. Instead, you distract them with these nonsense political stories while people get poisoned, people get killed at work, the planet burns right now. Largest fire, wildfire in the history of the United States happening right now in California. The biggest one ever. Where’s the coverage of that?

Yeah. The press sucks, but that doesn’t mean the President should have the authority to shut it down just because he doesn’t like what they’re saying about him, so if you want to hate the media, go for it. Just make sure that you’re hating them for the right reasons.