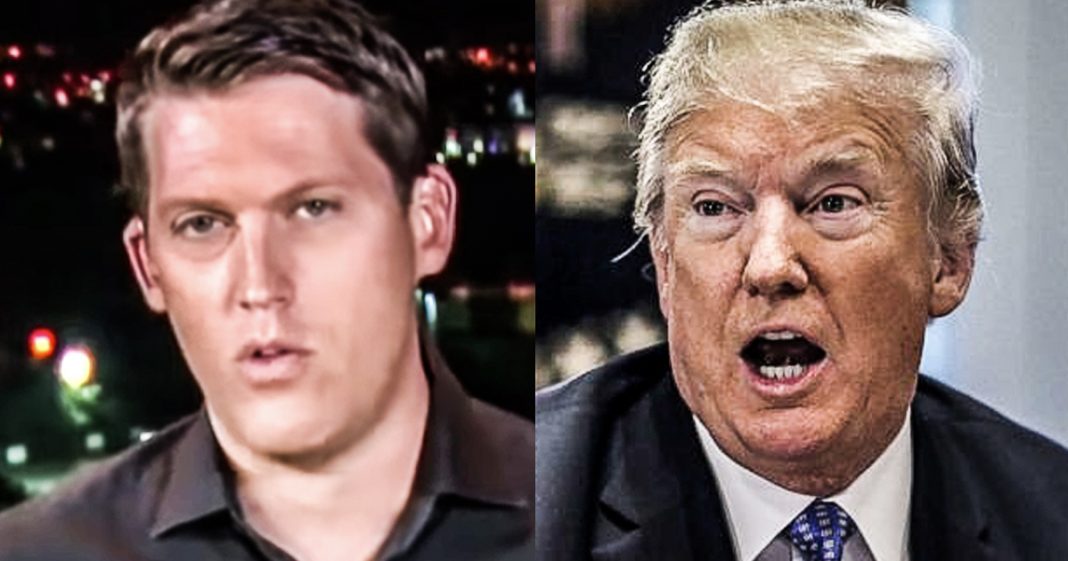 Another Fox News correspondent has resigned from the network after spending 9 years as a correspondent. Conor Powell said via his social media that he had decided to terminate the relationship and that those who have spoken with him will know why. That ominous message seems to point to the network’s growing pro-Trump propaganda wing led by people like Sean Hannity and Tucker Carlson. Ring of Fire’s Farron Cousins discusses this.

Another Fox News host/correspondent bit the dust this week when he announced that he was resigning from the network, no longer going to be involved with them after nine years of being a Fox News on air correspondent. The correspondent in question, Conor Powell, posted on social media. He said, “After nearly nine years, I’ve decided to resign from Fox News. Those of you who have spoken to me in recent months, you will understand why I am leaving Fox News channel”.

So here’s the thing. Conor is not the first Fox News personality to resign over the fact that the network is leaning more towards being pro Trump propaganda, than it is about reporting real news. But according to reports, there’s other people inside Fox News that are feeling the same way. They want to leave the network because of the direction that it is going, which is to have people like Sean Hannity or Tucker Carlson or Laura Ingraham or Jeanine Pirro, go out there every single day and just act as nothing but Donald Trump apologists, while creating fabricated stories about the Democratic Party being the really evil people in this country.

The Democrats are not without sin, but as far as the Trump saga goes, yeah, they’re not involved in that, and you can’t use it as misdirection. But that’s what Fox News is doing. Any time news breaks about Trump doing something horrible, or somebody in the administration getting indicted, or having to stand trial, they always try to bring it back to yeah, but Hilary did a thing and we just, we got to talk about that. Or Obama. Yeah, those people are gone. It’s time to focus on what’s actually happening in this country today. They’ve been investigated, they weren’t indicted, pack it up, and move along.

And that’s what the people inside Fox News are trying to say, but the network executives and the other hardcore Trump hosts like Hannity, they don’t want to hear it.

So I’m willing to bet that Conor Powell is not going to be the last person that we see resign from Fox News from this cushy job, because of the direction the network is going. But again, just like I did when, I believe it was Ralph Peters was the first one to resign, I’m going to ask the same question now. What took you so long?

I mean for a year and a half, Fox News has been the pro Trump network. But even before that, when you were still working there Conor, you had no problem with the hosts on that network questioning where Barack Obama was born, even though we knew he was a United States citizen. You had no problem with them talking about the fictitious death panels, or those FEMA death camps.

I mean really. Did you just suddenly grow a conscience? Because Fox News has always been horribly anti Democrats. Let’s just make crap up. Surely you didn’t just realize that within the last month, did you? Because if you did, then you’re no better, and you don’t deserve any praise whatsoever for leaving the network. Because you’re just like everybody else there. You just probably wanted to get a good reason that would play well with an audience to finally leave the job that you apparently hated.