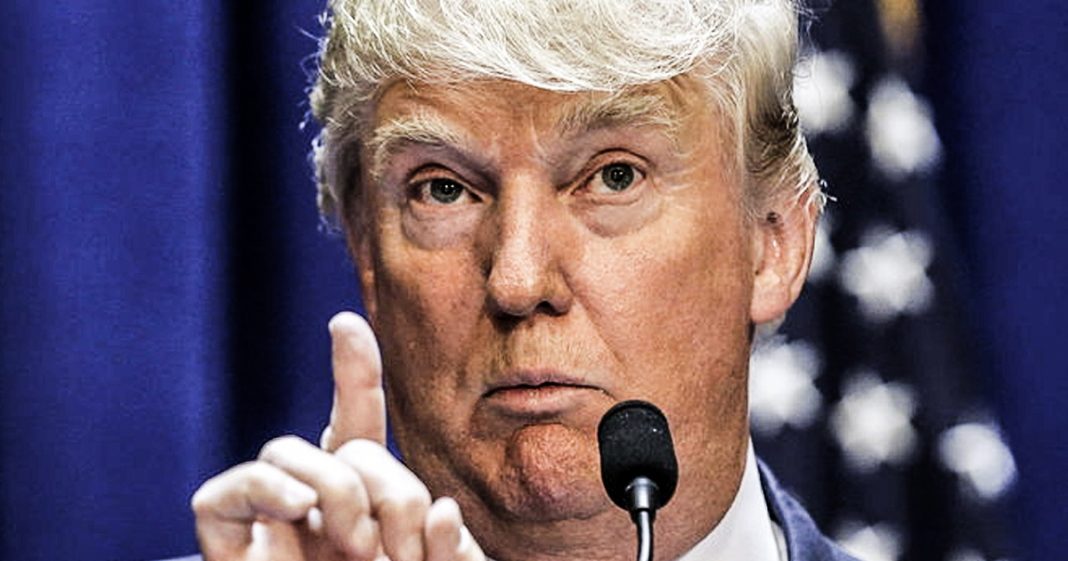 According to new reports, White House advisers to Donald Trump are begging him to shut up and stay quiet about the Trump Tower meeting that his son attended. These requests came AFTER the President tweeted out an admission this weekend that the meeting was to get dirt on Hillary Clinton, destroying his legal team’s number one defense of what took place. Ring of Fire’s Farron Cousins discusses this.

We’re still dealing with the fallout from Donald Trump’s Sunday tweet where he admitted that the Trump Tower meeting was to get dirt on his political opponent. And on Monday, 24 hours after he sent the tweet and made everybody concerned, confused and angry, his advisors sat him down and begged him to stop tweeting about the Trump Tower meeting.

Now, this is coming from reports, reports excuse me who say that they’ve spoken to people inside the White House. They’ve got advisors in there who are talking to the pressing and saying, “Yes, we’re telling him to stop saying this,” but apparently they had no problem when he was just attacking Robert Mueller, the special counsel, or any of the other African-Americans in this country that he loves to say have low IQs.

They’re totally cool with that, they just don’t want home to be tweeting about the Trump Tower meeting anymore, because the bad optics of it and it keeps the issue fresh in people’s heads. I think what’s happening right now is that we’ve got some White House advisors that realize that if something bad happens to Donald Trump, not only are they going to lose their jobs, but it’s going to be highly unlikely that they will ever be able to find meaningful, gainful employment ever again.

After all, how many people want to hire somebody who comes in and say’s, “Why’d you leave your last job?” “Oh, well I was working in the White House and then Trump got impeached or removed from office under the 25th Amendment, so I lost my job.” Not exactly what a recruiter or an HR person wants to hear when they’re interviewing you for a new position. That’s why these people want Trump to be silent.

They’re totally fine with him saying these horrible, defamatory things on Twitter, except they don’t want him tweeting about the Trump Tower thing because they understand that that is a really big deal, and Trump’s Sunday tweet basically built the case even further for collusion. He had been telling us for quite a long time as had his lawyers that this meeting was only about adoptions.

They were trying to figure out how to get some of these poor, desolate kids adopted by American families, but also to really get dirt on Hillary Clinton, which most of us already knew because Trump Jr. tweeted out those emails where he was super excited to go to that meeting and get the dirt on Clinton.

Trump destroyed his legal team’s biggest argument with that one single tweet. We know that Robert Mueller is calling Donald Trump’s tweets to build a case for obstruction of justice, but now he may also be going through them to build a case, or stronger case for collusion. So, these advisors who are begging Trump to stop, it’s not because they want to protect him, it’s because they’re trying to protect themselves.

They don’t want to work for the guy that could be getting impeached or indicted, or otherwise ruining his entire political career because by working for him, that’s going to ruin these staffers’ careers as well.