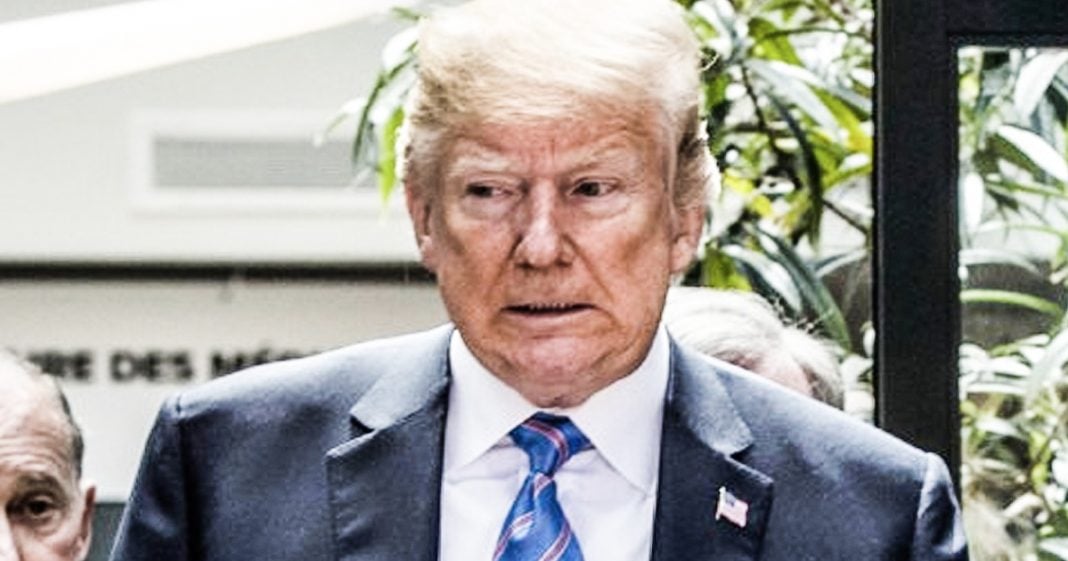 On Sunday morning, Donald Trump attempted to hit back at reports that he was worried about Donald Trump, Jr. accidentally breaking the law, but instead of making the case for his son, he ended up implicating himself in the collusion conspiracy. By admitting that the meeting was to seek dirt on Hillary Clinton, Trump contradicted his own lawyers’ accounts of the meeting and possibly destroyed his entire defense. Ring of Fire’s Farron Cousins discusses this.

This past week in Donald Trump Essentially tweeted out in admission that he knew about the potential collusion taking place between his son and Russians during a meeting at Trump Tower. Here is the tweet, and we’ll get to why he tweeted this in a moment, but let’s start with the actual tweet itself. “Fake news reporting a complete fabrication that I am concerned about the meeting my wonderful son Donald had in Trump Tower. This was a meeting to get information on an opponent. Totally legal and done all the time in politics and it went nowhere. I did not know about it”.

Alright. The reason Donald Trump tweeted this out is because over the weekend, stories began breaking that aids to Donald Trump have been telling the press that the President is afraid that his son accidentally broke the law by going to this Trump Tower meeting. Now, the administration’s defense of this meeting, at least in the very beginning, was that Trump Junior was meeting with attorney, Russian attorney Natalia Veselnitskaya, who we now know actually has ties to the Russian Intelligence Community. He was meeting with her to discuss adoptions. That was actually what was in the memo dictated by Donald Trump on Air Force One as a response to a story by the New York Times.

Adoptions. And here in black and white on Twitter on Sunday morning, Donald Trump admitted this was a meeting to seek dirt on our political opponent. And, yes. Those kinds of things do happen all the time. He’s right about that, but he’s wrong about where it comes from because, yeah, people hire opposition researchers. They pay independent firms to do things like this; totally legal, does happen all the time. They don’t meet with foreign agents to try to get help in a U.S. election because that is illegal, but you just admitted that that is what happened.

There is little doubt in the mind of any thinking rational human being that collusion happened. I mean, the President basically admitted it right there on Twitter. You cannot continue to deny that there was at least no attempted collusion, but when you’re talking about something such as conspiracy, it doesn’t necessarily have to have come to fruition. The fact that they attempted to make it happen is all you need to secure a conviction at this point. Trump Junior’s in hell of a lot of trouble. Donald Trump is also now in a hell of a lot of trouble because he is such a moron that he can’t keep his mouth shut for five seconds, and instead feels the need to constantly get out there in front of the public and implicate himself and his family in further potentially criminal activity.