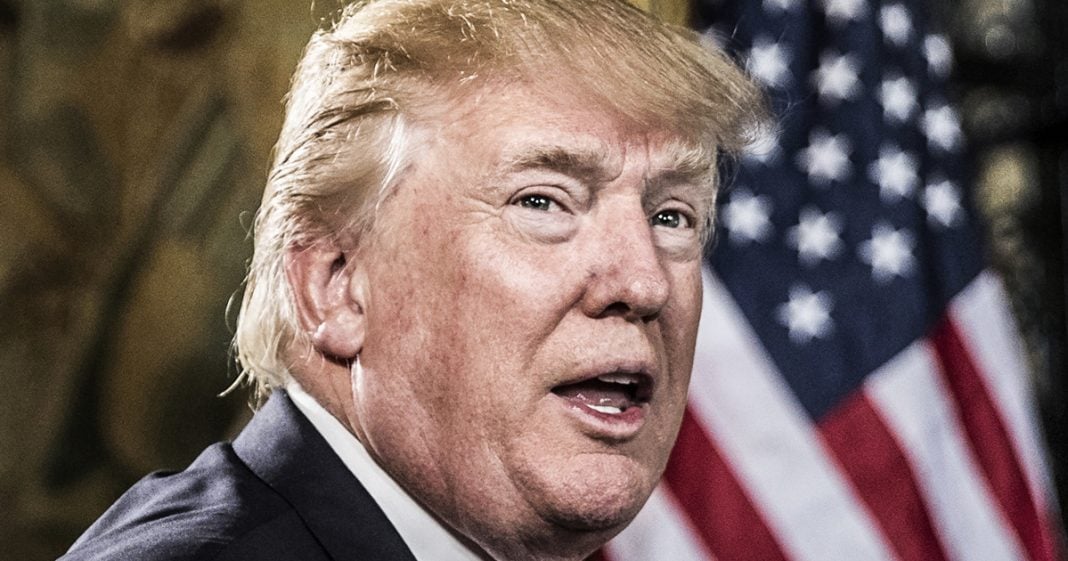 Donald Trump tweeted out another attack on the media this weekend, doubling down on them being the enemy of the people. They are NOT the enemy of the people, and they are not always “fake news”, but the corporate controlled media really is terrible for this country. Ring of Fire’s Farron Cousins discusses the reasons why the media is so awful and why Trump is correct about the diagnosis but wrong about the symptoms.

Donald Trump’s attacks on the media are absolutely dangerous. This past weekend, he decided to attack Don Lemon on CNN who had an interview with LeBron James, who as most people know has started his own school that’s going to give all kinds of stuff. He’s going to guarantee them college scholarships, full rides if they graduate, top of the line computers, brand new books. He’s going to offer counseling and whatever family’s need to the students who are there. Basically doing what most rich people in this country dare not think of, which is helping the less fortunate. Donald Trump has a problem with what.

Don Lemon on CNN interviewed him, so Trump attacked Lemon on Twitter as a low IQ individual. Somebody who’s not very smart, which is a typical attack that Donald Trump launches against African-Africans. Later on in the day, a caller on C-SPAN, inspired by Donald Trump, said that he was going to murder Don Lemon. Now the reason I bring that up is because yes, Donald Trump’s tweets about the media are dangerous. They’re disingenuous and it’s going to end up getting more people killed because yeah, people have already been killed inspired by Donald Trump’s hatred and violent talk against the media. Here’s the part that is not so clear.

It’s not as cut and dry because the corporate media sucks, right? I think that’s something that most people in this country probably should agree on. Fox News, MSNBC, CNN, they are all awful. Does that mean that every word spoken on those networks as Trump claims is fake news? No, unless of course you’re talking about Fox, but MSNBC and CNN, they actually do a pretty good job reporting the politics of the day, but that’s where it ends. Whenever they get into the realm of foreign policy, there is no difference between CNN or Fox News. They really want the same thing and that is war. Trump actually tweeted something to that effect this weekend.

Here’s his tweet, “The Fake News hates me saying that they are the Enemy of the People only because they know it’s true. I am providing a great service by explaining this to the American People. They purposely cause great division & distrust. They can also cause War! They are very dangerous & sick!” All right. Everything in that tweet with the exception of the sentence that they can also cause war is an absolute lie. Trump hates the media because they dare call him out, because he can’t bully them into submission because they are willing to stand up to him in terms of his corruption. That’s why he hates them.

If he wanted to, if he had any intelligence, he would hate them because anytime they get the opportunity, they will beat those drums for war. CNN was the biggest cheerleader in the United States for the Iraq war. They wanted that thing to happen more than even the people in the Bush administration. They didn’t cause it though, contrary to what Trump says, but they damn sure made most people in this country support it. Here’s the thing, they’re not talking about climate change. Chris Hayes admitted that a couple weeks ago on Twitter because it’s a rating’s killer. They’re not talking about these massive wildfires out in California or at least not in the way that they need to be covered.