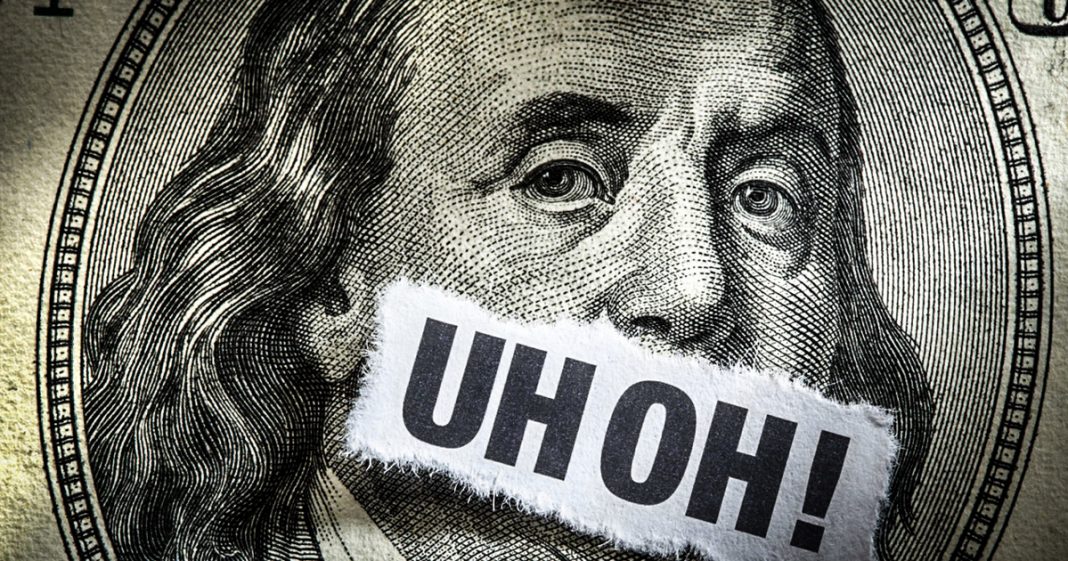 In a major step forward for transparency, a judge has ruled that dark money political organizations can no longer keep their donors a secret, and anyone that has given any amount equal to or greater than $200 has to be named. This won’t stop the flow of dark money in our political system, but it will certainly let us see who is funding what. Ring of Fire’s Farron Cousins discusses this.

Buried in all of the horrible news that came out in the past week was a court victory that took place Friday afternoon. Now, this was a court case that was brought by the group Citizens for Responsibility and Ethics in Washington against Crossroads Grassroots Policy Strategies which is Karl Rove’s political operative dark money group as well as the Federal Election Commission. And in the case, well, before we get into the ruling, let’s get into what CREW was trying to do here.

They wanted these groups to have to disclose the dark money donors who give more than $200 to their group. Pretty straightforward, right? It seems like something that everybody should be privy to. Who is funding these groups who are funding politicians, political attack ads and everything in between? We have a right to know that if money is in fact considered free speech, and that is basically what CREW was arguing in court. And the judge sided with CREW.

And they said, “Hell, yeah!” Maybe not that enthusiastic but they said, “Absolutely, you have to disclose your donors. Anyone who gave your group at least $200, you now have to make those names readily available for anybody who comes asking.” This decision is obviously, ultimately going to be appealed most likely to the US Supreme Court where it’s going to be pretty hard for them to argue that no, we need to keep these donors’ names private.

Even the most conservative members of that Supreme Court are going to have a hard time justifying that one, though I’m sure some of them won’t even care about trying to justify it. They’ll just okay it. But this, right now at least, is a big win for American democracy and transparency in elections because it’s not going to stop the flow of this dark money. These people who think that they can give their money to these super packs and nobody is going to know what exactly they’re funding.

It’s not going to stop them from giving, but it is going to stop them from getting anonymity from giving. We have every right to know who is doing this, because again, the Supreme Court tells us that money is free speech. Okay, well, here’s the thing about free speech. We have a right to know who says what, right? So, if money is speech, yet they can hide who they’re giving money to and who is being given money, shouldn’t we be able to disclose that? Shouldn’t we have a right to know who is speaking with their money through these political organizations?

Well, this judge happened to think so. Hopefully, the judges upon appeal are also going to think so because we need to know who exactly is out there funding these politicians, what they’re asking for in return, and what kind of favors these corporate-owned politicians are giving them.