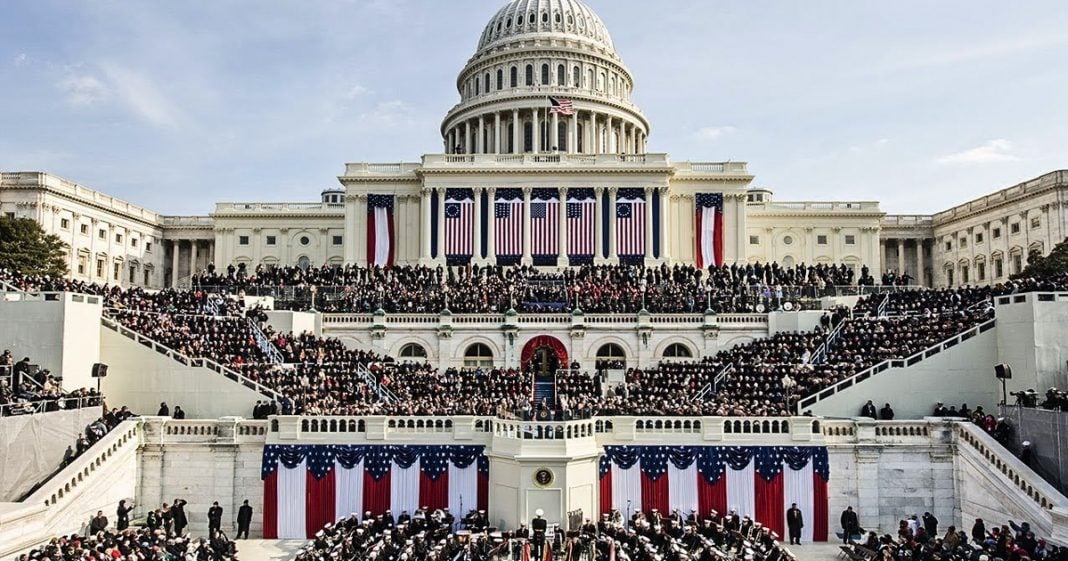 Join Ring of Fire’s Farron Cousins as he takes questions from twitter. Daniel Pareja, @nobthehobbit “#AskROF, You say you support term limits, @farronbalanced, and haven’t heard a good argument against them, but what about the fact that they’re inherently anti-democratic? They literally prevent voters from electing the person of their choice, if that person has served too long.”

I want to take a question from Twitter right now. If you have a question, you can send to us using the hashtag: #AskROF.

This one came in a couple days ago. It’s actually directly pointed at something I have addressed in the past, which is my support for term limits for members of Congress. Here’s the question. It comes from Daniel Pareja, @nobthehobbit. It says, “#AskROF, You say you support term limits, @farronbalanced, and haven’t heard a good argument against them, but what about the fact that they’re inherently anti-democratic? They literally prevent voters from electing the person of their choice, if that person has served too long.”

By that logic, using the exact same argument that you are using, presidential term limits would be deemed un-democratic. If you wanted to vote for somebody that had already served two full terms, you couldn’t. So no. I don’t buy that argument either. I appreciate you taking the time to ask it. I understand what you’re trying to do here, but again, I don’t find that to be a good argument. We have a government system set up in such a way that we do not have kings or queens. Anyone who can wield too much power over the entire country.

Checks and balances, I believe it’s called, and when you have someone who serves for, I don’t know, 30 years in the Senate like John McCain, 25 years in the House, 24, 20? That person gains so much power that they basically become an unstoppable force with unstoppable influence over Congress, and over the President of the United States, and being there for so long, they get to direct people because of all the power they amass over time. That is how it works. You amass more power over time. You also end up with control over who gets placed in the judiciary.

So, some of these people that have been there for so long, they have almost absolute power. It doesn’t matter who the President is. It doesn’t matter which party controls the chamber. And that’s the problem. When you have somebody that’s been in DC for 20, 30 years; they know all the lobbyists. They know who they work for, they know their family histories, they become good buddies with them. They lose track, and this is the most important part; of what’s happening back home, what’s happening outside that DC bubble, because they only make occasional trips to do some campaigning or to go on vacation.

They’re not back home, living. But if we were to take people, average people, and give them a shot … And also, for the record, it basically makes them unbeatable in any re-election that they come up to, right? Somebody who’s been there for 30 years, very unlikely that they’re just going to get voted out. It does happen. Very unlikely, again. So they have absolute power. They lose track of what average Americans are going through. They spend all their time in the DC bubble, hobnobbing with the lobbyists and all the rich folk, and they forget.

We need to make it more representative. Switch people out, get people with different life experiences. That is why I support term limits. Thank you for your question. We’ll be right back.