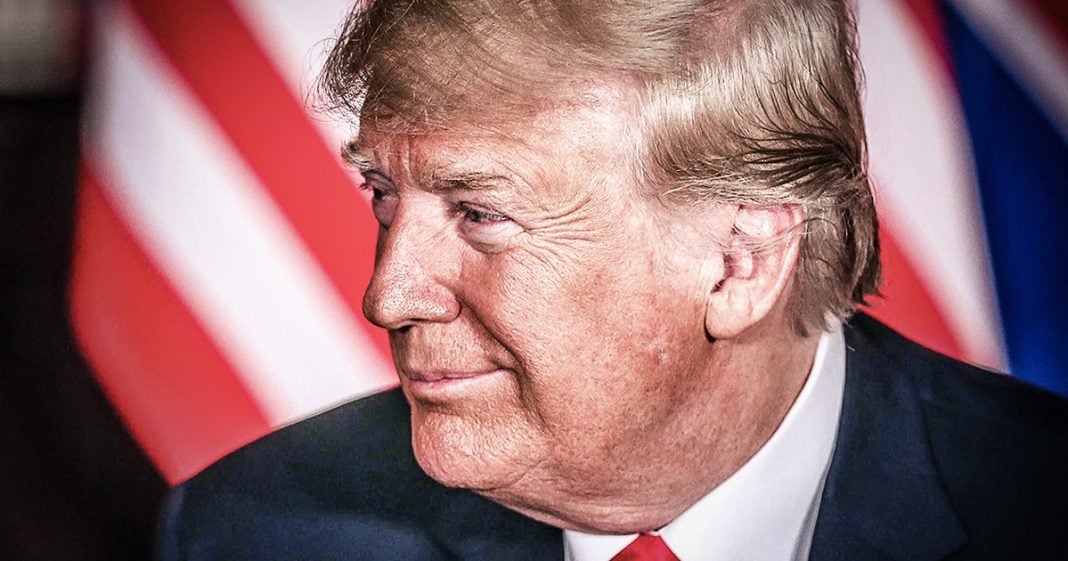 Donald Trump has now told at least 4,229 lies since being sworn in as President, setting a new record for the most amount of verifiable lies told by a single President. The bigger problem is that the frequency with which he lies is growing at an alarming rate, with the President upping his daily total to well over 6 lies per day. His increase in lies also happens to coincide with the increased heat coming from the Mueller investigation, as Ring of Fire’s Farron Cousins explains.

As of the 558th day of Donald Trump being the President of the United States, the man has told 4,229 lies. Now obviously at this point we’re past the 558th day, so the number of lies has actually gone up from that, but since we don’t have the count from the last few days, we have to stick to the 4,229 lies since becoming President.

In the last two months, the total number of lies that he has told has increased by almost 1,000. What else has happened in the last two months? Could it be that things with the Mueller investigation have really heated up? The additional indictments, the trial of Manafort, much of his other buddies admitting that, yeah, we’re working with the special prosector. Then of course, all the stuff with Michael Cohen happening. Yeah.

All of the investigations into you or your buddies have gone really to the extreme in the last two months and so have your lies, and I do believe that there is a correlation between the two. The more desperate you get, the more afraid you get, Mr. President, the more lies you tell to the American public to try to make them believe that you are innocent in every single matter that you are being investigated for, or that you had nothing to do with any of your buddies who are facing some pretty serious jail time.

But here’s the thing, most of the lies that he’s telling are not just about those investigations. A lot of them are. A lot of them are, but he’s told 1,293 lies just related to economic issues, trade deals, and jobs in the United States. Almost 1,300 lies just about economic issues. On trade alone, 432 false statements. On immigration, he has told us 538 lies. He’s made 378 false statements about the Russia probe, and he’s made 336 lies about taxes, and he has made more than 60 lies about NATO. Just NATO. A lot of the lies he’s told have been repeated more than once, but they only get counted once in those total totals.

But here’s the thing again, the frequency with which the President lies is increasing, and it is increasing dramatically. In the last few months he has increased his lies per day by 1.0 lies. That is a lot. I’m curious at this point to see how high that number can go. How long will these hardcore Trump cultists continue to support the man who every credible organization in this country is telling you is lying to you, not just on a daily basis, but on an increasing basis.

My guess is that the hardcore Trumpists will never stop supporting him, no matter what. No matter what Mueller says, no matter what Cohen says, no matter how many lies he tells them, they are going to believe it. But for those of us left in this country who are still thinking rationally about things, we need to understand that there is a reason why this man is not just lying to us every single day, but lying more and more to us every single day. It’s not just that he’s lying, it’s that he’s lying more, and there is a reason for that and hopefully that reason, those investigations, will come to a head soon, and give us the information that we need to remove this man from office.