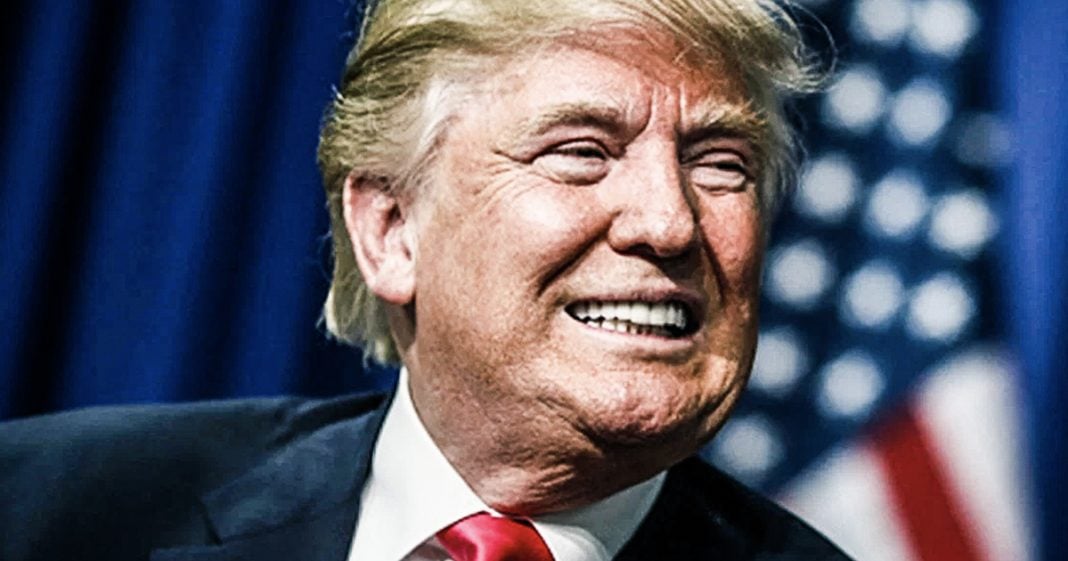 In the last few days, Donald Trump has upped his calls for a government shutdown over his border wall funding, a call that is leaving many Republicans terrified for their political futures with midterms right around the corner. But the shutdown threat has less to do with the border wall and more to do with creating an excuse for the expected losses Republicans are looking at in November. Ring of Fire’s Farron Cousins explains Trump’s motives.

Several times in the last few days Donald Trump has mentioned that he is absolutely, 100% okay with shutting down the federal government if he does not get the funding that he wants for his border wall. Now, this is one of the things that Donald Trump has tweeted out this week. He said, “I don’t care what the political ramifications are. Our immigration laws and border security have been a complete and total disaster for decades. There’s no way that the Democrats will allow it to be fixed without a government shutdown.”

So, he’s already trying to say, we’re going to have to shut down the government, because the Democrats don’t want to fix it, but he also says he doesn’t care about the political ramifications. See, that to me is key right there, because I have a theory about all this. We know that, right now Republicans across the country, the elected officials, I should say, are freaking out at the prospect of a government shutdown, because the budget year ends at the end of September, which would mean, if they cannot pass a new one with border wall funding and it basically comes to a stalemate, government shuts down beginning of October. What happens one month later? The 2018 midterm elections, where Republicans are expected and predicted to take a massive shellacking from the Democrats, lose the House, possibly even the Senate.

See, Donald Trump, for the first time in his life actually understands something, and he understands that, that Republicans are most likely going to lose. If they do, it’s going to make him look bad, and that’s what’s important to him, how he looks to the public. So, by threatening this shutdown and possibly by actually shutting down the government, he knows Republicans are going to lose anyway, but a shutdown’s going to hurt them even more, he can then use that as clearance and say, “Hey look, Republicans lost the midterms, but not because of me, not because I was unpopular, but because they wouldn’t fall in line with me and secure that border wall funding like I asked, and now they paid the price. Now the Democrats are here, and I’ll never get the funding. Oh, that’s why everything’s so horrible. So you gotta vote for me in 2020, and get the Republicans back in the House, ’cause they’ve probably learned their lesson by now, and then we can get the funding.”

He knows that. His base doesn’t know it, because they’re not the brightest bunch out there. As long as he keeps out there, with these phony talking points, saying, “Oh, the Democrats did this … darn them, and that’s why Republicans lost in the midterms. Not because of me, because I’m great, right guys?” He is setting this up, and it’s all because of his ego. Has nothing to do with border wall funding. It has nothing to do with not caring about the political ramifications. It’s about covering his own ass before his party takes a massive beating in the 2018 midterms.