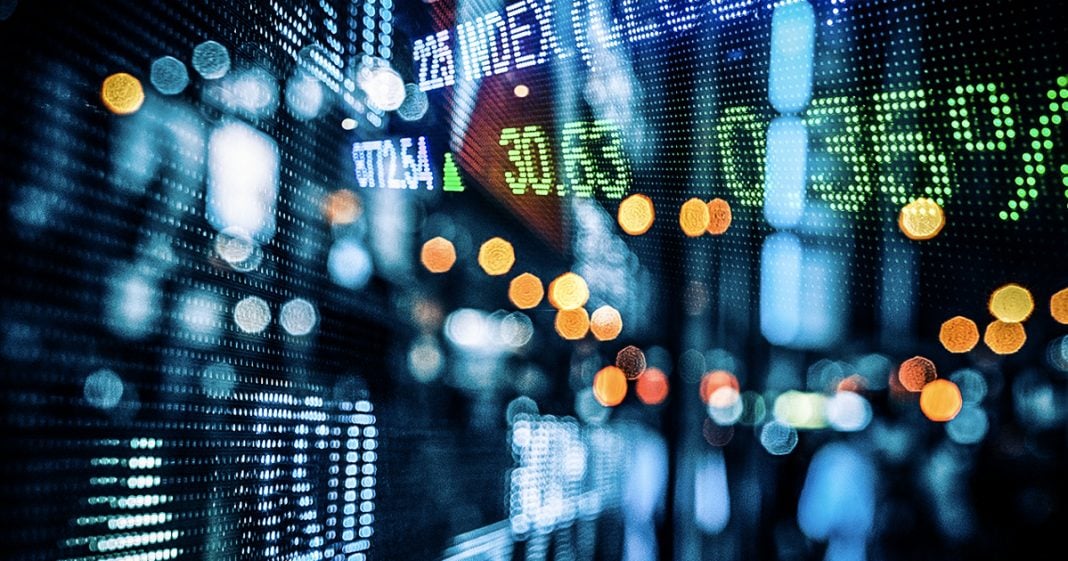 With results that shouldn’t come as a surprise to anyone, the tax cut package that was put into place at the end of last year has given virtually NOTHING to American workers and corporations are using that money to pay themselves instead of their workers. This is what happens when corporations control our politicians, and until we get money out of politics, nothing will ever change. Ring of Fire’s Farron Cousins discusses this.

Pretty much every day for about the last week, the Heritage Foundation, that hardcore, right wing, think tank founded by corporations, has been tweeting out the following line that basically says, “The average American worker is going to bring home an additional $26,000 a year, thanks to the tax cut package. How will you spend yours?” Well, here’s the thing Heritage, the average worker isn’t actually getting $26,000 or $2,600 because as you pointed out, it’s over the next 10 years.

American workers are getting absolutely nothing. In fact, real wages for American workers since this past December when the tax cut package was passed, have actually declined. We’re getting less than we were eight months ago. And republicans, politicians and think tanks alike, they want to tell us that we need to be grateful that the average person is getting $26,000 over the next 10 years, ignoring the fact that the CEOs are getting 10-20 million a piece and we’re getting a buck or two?

Like when Paul Ryan touted the fact that, “Hey, this librarian’s getting a buck-fifty a paycheck!” Whoo-hoo! That’s a massive tax cut, right? They don’t understand. Why? Because they’re being paid to not understand the issue, and that’s the problem with corporations both funding politicians and funding these phony think tanks like the Heritage Foundation.

These corporations have a seemingly endless supply of money, and republicans just gave them a lot more with this tax cut package. Could be giving them even more soon with Donald Trump’s capital gains tax cuts that he wants to do through the treasury.

They’re going to have more money than ever. They do have more money than ever. They’re paying themselves more than ever. And they’re not giving a dime of it to their workers. A few people got raises. All right? A few. But not enough. And so these corporations are going to continue to pay off the politicians to go out there and spread these lies. They’re going to pay the think tanks to go out there and write these phonied up papers using “fuzzy math” according to George W. Bush, to say that these tax cuts are great and everybody’s getting something from it.

But the truth is, none of us, unless you happen to be a CEO or you were already pulling in more than half a million dollars every year, most of us don’t fall into those categories, so most of us are going to be getting absolutely nothing while the corporations that put out poison pills, destroy our environment, are responsible for oil spills … they get to pocket a few extra million dollars every single year for doing nothing more than being the puppet masters of our political leaders.