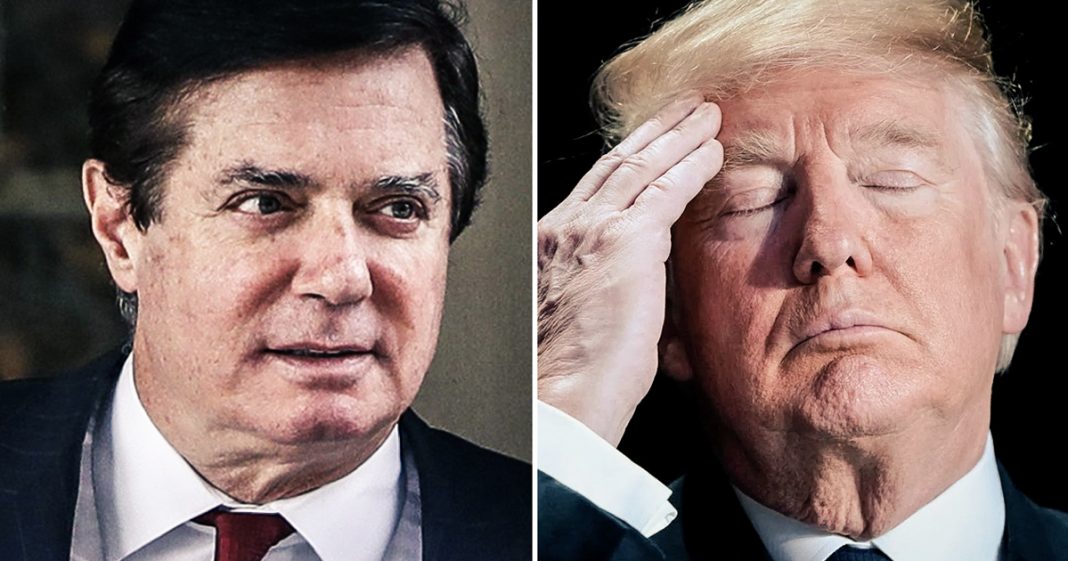 According to a reporter who claims to have seen it first hand, an official White House memo exists that explained why Paul Manafort was being investigated by federal officials. This memo pre-dates Trump’s infamous talk with Comey about “going easy on Flynn,” and if the memo is legit, there’s virtually no way that Trump can argue his way out of obstruction of justice charges. Ring of Fire’s Farron Cousins discusses this.

The trial of Paul Manafort got underway this week and pretty much as soon as people stepped into that courtroom, Donald trump went crazy on Twitter. Started talking about, “Oh, Manafort, I didn’t know, I didn’t know this, I didn’t know this…” But what Donald Trump was talking about though, had more to do with Michael Flynn. He wasn’t trying to talk about Manafort, he didn’t want to draw attention to that, he was trying to lay the groundwork for him not knowing that Michael Flynn was under investigation for all of the things he’s been under investigation for, and that he now is going to stand trial for in the coming weeks.

Here’s what he did. He used the same argument that his legal team has been saying from the beginning. When Donald Trump asked James Comey, who then was the FBI director, to let it go, to go easy on Michael Flynn, they say that Donald Trump had no idea whatsoever that Flynn was under investigation. Which is odd, that you would ask an investigator to let your guy go, if you didn’t know he was under investigation. Very weird, right?

And this entire obstruction case, at least in that instance, because there are other instances of obstruction happening, at least in this one, everything hinges on the fact that your officials told you Flynn was under investigation, and with that knowledge, you asked the investigators to let it go.