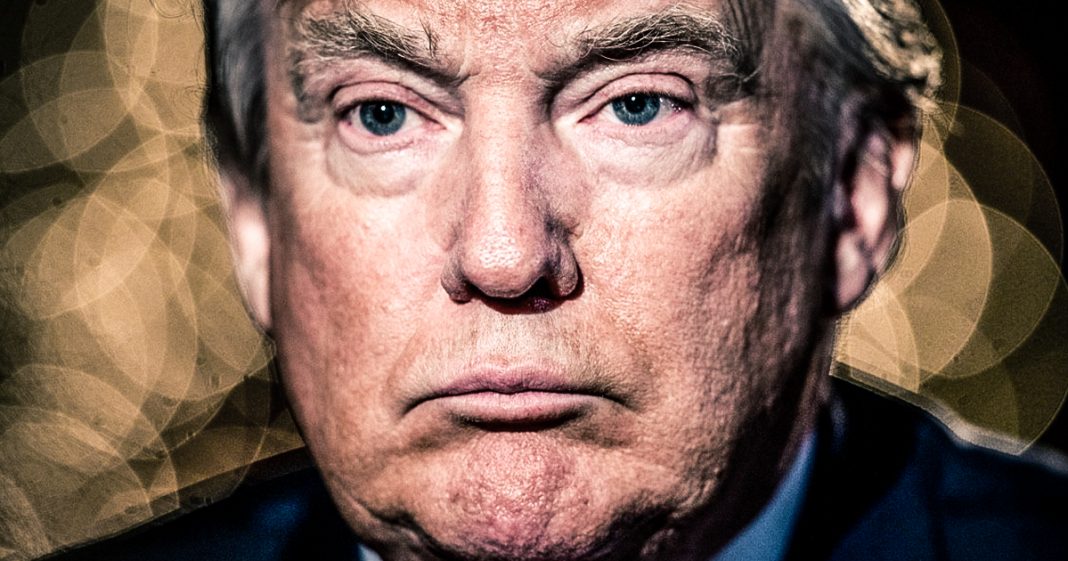 Donald Trump loves to endorse books, even though the man likely hasn’t picked up a book to read since he was in grade school. But there’s a reason he likes to Tweet out book recommendations – it gets him positive media coverage. An analysis of the books that Trump has recommended has shown that almost all of them have been tied to media pundits and hosts who cover Trump favorably. Ring of Fire’s Farron Cousins discusses the legality of this practice.

As we know from Donald Trump’s Twitter feed and from the reports from the White House, from Air Force One, from aides, and current and former staffers, Donald Trump basically likes to watch TV all day long. That’s what he does. That’s the only thing that this overweight 72-year-old man is capable of doing well, sitting down and watching TV. But here’s the thing. Donald Trump likes to call all media fake news, except for the media that gives him undying praise. How does Donald Trump ensure that these networks are going to keep lavishing him with praise even as his behavior, his policies, and everything become more erratic and destroy the lives of American citizens? Well, it’s easy. If you want positive coverage, you have to give them something in return, and Trump knows exactly what to give them.

This past weekend, he was tweeting out endorsements for Alan Dershowitz’s new book as well as Sean Spicer’s new book. What do those two men have in common? Well, every time they go on TV, they defend the president. Dershowitz personally has been going out on the media saying the Mueller investigation is crap. It’s a witch hunt. Nothing Trump did was illegal. We should move on. This is ridiculous. Spicer of course just described in his recent book Donald Trump as a unicorn riding on a unicorn over a rainbow. It doesn’t end there. According to the Hill Reporter, just in the last nine months, these are the book endorsements that Donald Trump has tweeted out on Twitter, and every one of them have given him enormous amounts of praise on their TV shows: Greg Garrett, Jeanine Pirro, Andy Puzder, Ainsley Earhardt, Howie Carr, Corey Lewandowski, Brian Kilmeade, Dr. Robert Jeffress. Just in the last nine months Trump has been tweeting out their book, or taking pictures with them saying, “I recommend this.” He did it during the campaign, but here’s the thing about all this.

This is Donald Trump’s way of repaying the media, repaying personalities or former staffers who have been supportive of him. The big question is, is it legal? The answer to that question is maybe. That’s the problem here. There are very specific rules put in place to where any member of an administration cannot go out and endorse a product or candidate. You know Kellyanne Conway got in a lot of trouble for saying, “Go buy Ivanka’s stuff.” Yeah, you can’t do that. You cannot interfere with private business. You cannot try to sway the public’s opinion to buy one thing instead of something else. But here’s the catch. Many experts agree that these rules, these ethical laws in place, do not apply to the president and the vice president.

However, those have never been tested in a court. They’ve never attempted to do this, so that’s the problem. Is it illegal? Maybe. I mean, according to the books, not necessarily, but the courts haven’t ruled on it, so it could easily be. We don’t know at this point. What we do know is that this is ridiculous and unusual behavior for a sitting president, but we know exactly why he does it. He does it because if he goes out there and helps them sell a few hundred thousand copies of their book, they’re going to be a hell of a lot more likely to go to the mat for him and say that all these investigations are bogus, all of these charges are ridiculous, and that Donald Trump is the greatest person to ever be a unicorn riding a unicorn over a rainbow.