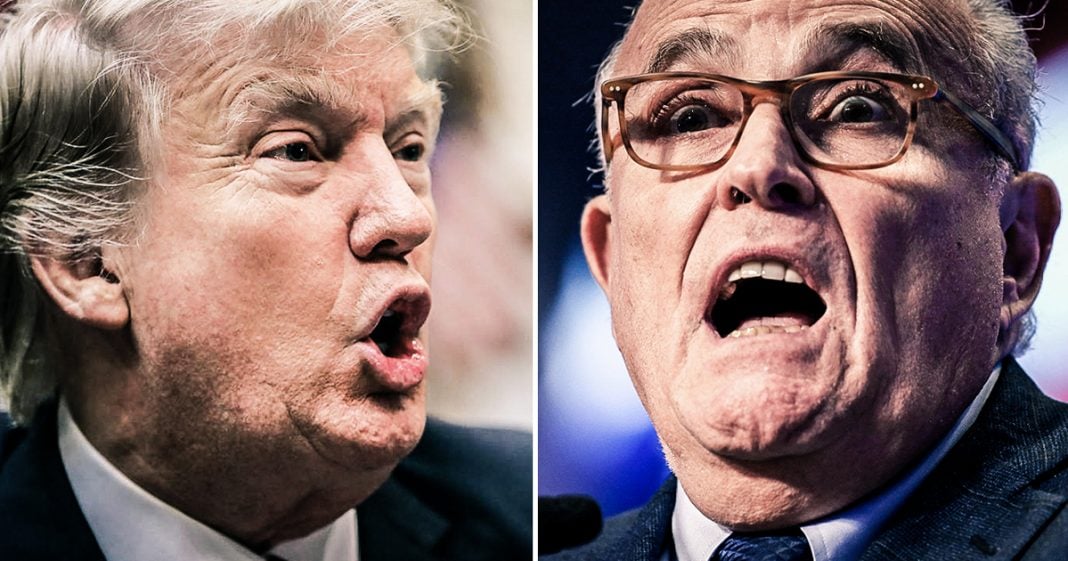 According to Rudy Giuliani during his disastrous interviews at the start of this week, he and the rest of Trump’s legal team are preparing a so-called “counter report” to the final report that Mueller will eventually be putting out. It is obvious that Trump’s supporters will never accept the findings of the Mueller probe, so it is curious that the administration even feels the need to counter it. Ring of Fire’s Farron Cousins discusses this.

To cap off Rudy Giuliani’s 24-hour media circus where he made things so much worse for his client, USA Today published an interview with Giuliani that really went ahead and just put the icing on the cake for his horrible round of media. In this interview, Giuliani says that he and his other lawyers for Donald Trump, along with Trump, they’re actually preparing a counter report to the Mueller investigation report that will come out whenever this investigation finishes. So, they’ve put together and they’re working on it now allegedly, a whole series of statements that are an attempt to refute the things that are gonna come out in the Mueller report and it just makes Donald Trump look 100% guilty.

Why would you need to counter a report coming from a person that you say is a witch hunter and you haven’t committed a crime, your client hasn’t committed a crime, so why would you need to counter anything? You would only want to counter something if you know that something bad is gonna come out of this report. Why in God’s name are you so stupid to go out there and admit this, Giuliani? I know why, because you’re a stupid individual that probably should have been disbarred decades ago, but this really was the icing on the cake and this is the story that’s not getting the attention that it deserves.

Everybody’s focusing on all the other media appearances, which, yes, were horrible, but you admitted to USA Today that bad things about Trump are about to come out in this Mueller report, which, for some reason you say is gonna happen September 1, even though that’s just an assumption on your part, but you’re already saying that there’s gonna be so many bad things that you and your lawyers and Trump are gonna have to prepare a counter report to explain to us why all these are lies.

Here’s the thing, no Republican, or I should say die-hard Trump supporter in this country, will believe a word that comes out of the Mueller investigation. Not a word. Everybody else will believe whatever he comes out and says, except for a few die-hards who if Mueller says Trump did nothing wrong, they’re gonna think he’s a Republican insider, but there is a very large portion there in the middle that’s gonna believe whatever Mueller says, right?

So no matter what Trump puts out, it’s not gonna change a single person’s mind in this country at all. Not one. So there’s no real reason to put out this report other than trying to convince those very few die-hard Trumpers that your guy did nothing wrong and you wouldn’t feel the need to do that if you didn’t think that Mueller was about to put out a report that said that yes, your guy did something wrong.