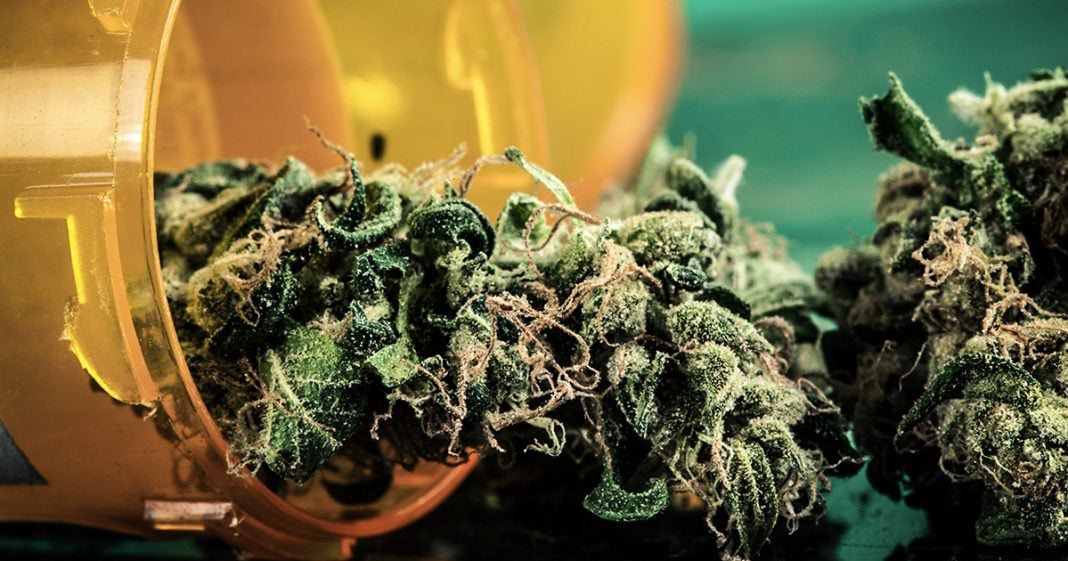 The biggest opponent of legalizing medical marijuana across the country is the pharmaceutical industry. Drug companies have poured millions of dollars into efforts to defeat the legalization of both medical and recreational marijuana, and those efforts have helped curb the growing trend of voters making choices about their own health. But the days of Big Pharma’s influence could be waning, as Ring of Fire’s Farron Cousins explains.

But you know who’s not on the side of medical marijuana? Big Pharma. A new study came out recently that said that Big Pharma stands to lose $4 billion every year if medical marijuana is legalized from coast to coast here in the United States. And that is perhaps why Big Pharma has become one of the major opponents, one of the heavy-hitting mega donors to the anti-marijuana movement here in the United States. They have poured millions upon millions of dollars into state and federal races to run against candidates who are in favor of increasing access to medical marijuana or in favor of legalizing recreational marijuana.

Big Pharma, those pharmaceutical executives who make millions upon millions of dollars every single year by ripping us off, they are the ones fighting for this cheaper and safer alternative to the pills that they keep pushing onto the American public. Pills that, by the way, if you have never had the opportunity to go through any Big Pharma documents for any of the lawsuits they’ve faced, I strongly suggest that you do that. You can find plenty of them online. I have actually had the opportunity to work on a few cases as a staff member and help Mike Papantonio go through some of these documents.

The behavior of these pharmaceutical executives would absolutely blow your mind. I mean, we have done our best to try to convey how evil some of these people are in the drug industry, but even that fails to really paint the picture of some of the horrid things that these people say in their internal documents. They know that they put out pills that kill people, they know that they’re going to destroy your lives, and they know that they don’t have to be charging us as much as they are for these medications. But they do it anyway, because they just don’t care, because they love money so much, and that’s why they’re fighting back so hard against medical marijuana right now.

But in my opinion, after seeing these documents, after being around attorneys who have taken these people to court and exposed them for the corrupt frauds that they are, I think anything that gives us an alternative to the pills of Big Pharma is a good idea, something we should at least try. And if it’s something that is actually backed by science, like medical marijuana is now, there is absolutely no reason whatsoever that we cannot get this legalized all across the United States. The only reason it hasn’t been is because that money coming from Big Pharma to politicians, both federal and state and local, is just too sweet for those politicians to actually do the right thing.