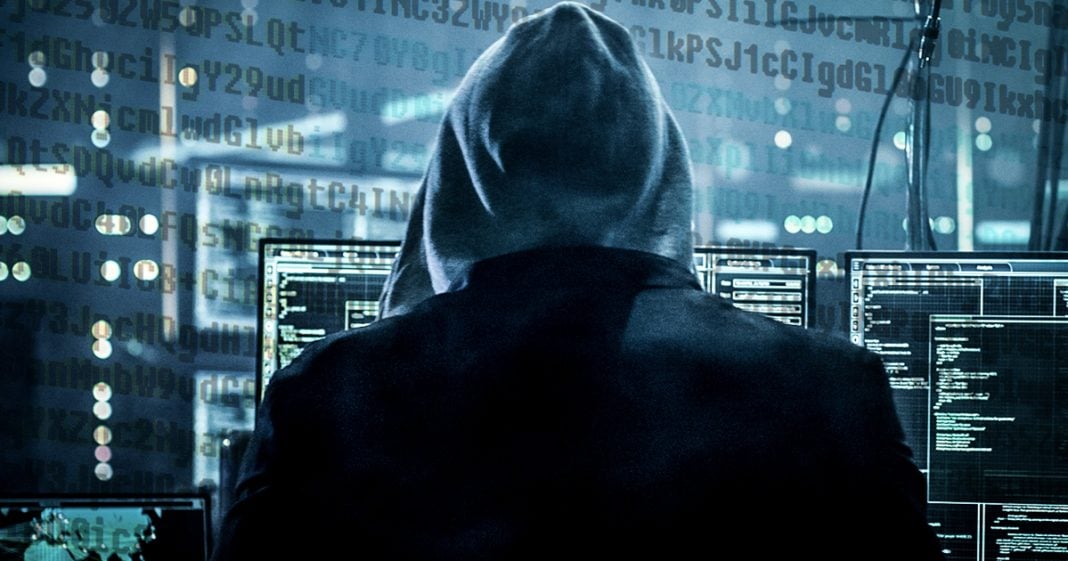 Republicans in the Senate managed to defeat a measure this week that would have increased security for America’s very vulnerable voting machines. This move shows that Republicans don’t actually care about that so-called “voter fraud” bogeyman that they’ve been crying about for years, especially not when they believe that our vulnerable system will be hacked to work in their favor during the midterms. Ring of Fire’s Farron Cousins discusses this.

Republicans in the Senate this week were given the opportunity to help secure America’s election system before the 2018 midterms, and they failed to do it. Republicans, with the exception of one who voted for the measure, voted down an additional $250 million for election security ahead of the 2018 midterm elections. Now, this vote came at the same time that US intelligence agencies are telling us, “Absolutely 100% yes, foreign governments, foreign actors can easily hack into our voting systems. We have evidence that it has already happened. They are targeting certain politicians. We know that that has happened. We know that it could happen in 2018, and some have expressed interest in doing that.”

“But we’re not going to give you the additional funds,” say the Senate Republicans, “because we actually think it’s going to end up benefiting us if somebody interferes in our election. Maybe that is what can stop the impending blue wave from crashing down upon us.” That is the only reason why these jerks in the Senate would vote something like this down. The only Republican who voted with the Democrats for the additional funding was Senator Bob Corker. You also had Richard Burr, Jeff Flake, and John McCain on the Republican side who did not vote. A similar measure not that long ago happened in the House of Representatives, where on a party-line vote, Republicans voted to not provide additional funding for election security here in the United States, likely for the same reason that the Senate Republicans didn’t. They feel that if somebody comes in and interferes, it’s going to benefit them and hurt the Democrats.

Here’s the bigger problem, though. We have known that electronic voting machines, and the voting systems, and all of that here in the United States are easily hackable, since at least 2004. People like Brad Friedman at The BRAD BLOG, groups like Black Box Voting, they had been telling us this for more than 14 years, but it was only after 2016 that most of the Democrats, not even all of them at this point, but most of them finally decided, “Oh, we need to do something about this, because it cost us another election.” And they want to pin the blame on one foreign entity, when it has been proven time and time and time and time and time again by these other people — again, Brad Friedman is absolutely one of the best people on this issue, and has been for over a decade — it could be done by somebody down the street. It could be somebody in a different room, it could be somebody in a different state. They could be here in the US, get into the system, because it’s so insecure.

And Republicans don’t even care about that. They do not want to protect our election systems, and the Democrats only in the last 18 months decided that that is important, when we have had these very intelligent people tell us for years now that something had to be done, because literally anyone who knows how to hack could get into these machines, and it could be done as quickly as a matter of minutes to get in there and change vote totals.

We will end up not doing anything about this. Republicans control both houses; they’re never going to let this funding go through, because they say that, “Oh, the money we’ve already allocated for that should be more than enough. Let’s not worry about that.” Yeah, since when does spending money on something ever worry Republicans? They’re the ones who just gave their wealthy buddies a $1.5 trillion tax cut that the rest of us are going to have to pay for by giving up things like Social Security, Medicare, and Medicaid. It’s not about the cost, it’s about the fact that these Republicans think that any kind of hacking is going to benefit them and hurt the Democrats. That is 100% what this issue is about. But again, if we had listened to those other people, the Friedmans, the Black Box Voting folks, Ari Berman, if we would’ve listened to them years ago, we wouldn’t even be having this conversation today.