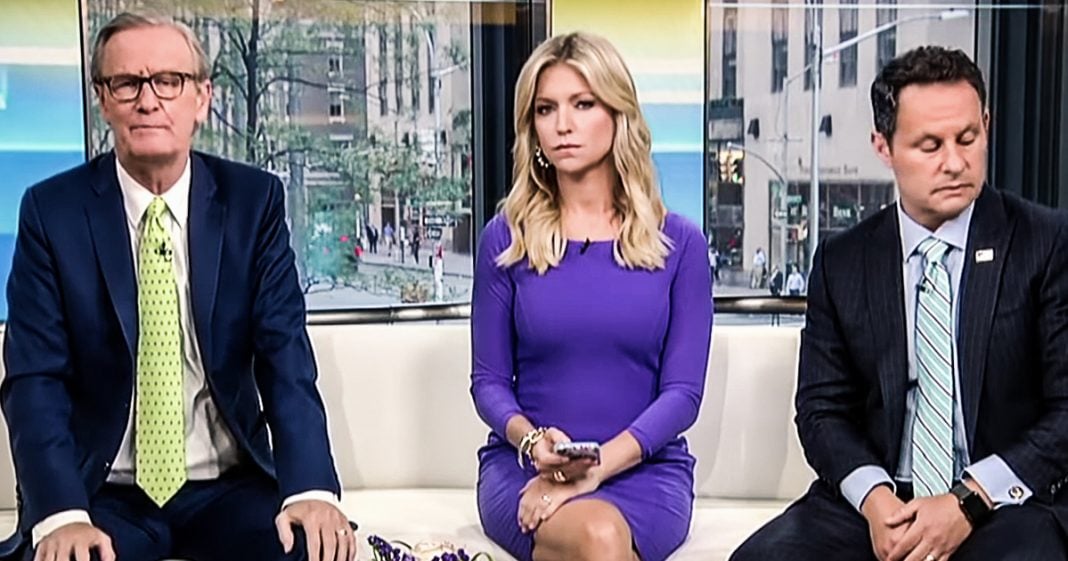 A recent Fox News poll gave the network an unexpected result. They were hoping they could show that most Americans don’t want a Medicare for All healthcare plan in the US, but instead found that nearly three-quarters of respondents really like the idea and don’t care about the costs. This is the second time this week that right wingers have gotten their bottoms handed to them on this issue, as Ring of Fire’s Farron Cousins explains.

Right-wingers are doing absolutely everything possible to try to discredit the growing push for a Medicare for all type healthcare system here in the United States. We all know that earlier this week the Koch brothers, a group that they fund, put out a study that showed that, wow, this thing was going to have a 32.6 trillion dollar price tag over the next 10 years. And the same study admitted that that’s actually two trillion dollars less than what we already pay now as a country. So, their own study showed that this would save us money.

So, knowing that and everybody jumped on that, the Koch brothers looked ridiculous. Bernie Sanders actually thanked them for putting it out and showing that it saved us money. Fox News tried to get people back on the side of Medicare for all is evil, so they put out a poll on Twitter, in which they got more than 32,000 people to respond. Here is what the question says, “Bernie Sanders’ Medicare for all bill, estimated to cost 32.6 trillion, new study says. Would the benefits outweigh the costs?” 73% of the more than 32,000 people who responded to this said yes, the benefits outweigh the costs.

So Fox News, trying to discredit this and put out that already discredited information, got 73%, nearly three quarters of their respondents to say, “Yeah, that’s actually worth it, we would be willing to do that.” So even Fox News can’t help but make the case that Medicare for all is not only what the people want, but they don’t even care about the price tag, when you don’t include the fact that it’s actually going to save us money and be cheaper in the long run. They just want it. This is a program that they support regardless of the cost, and at this point again, we know that we will end up saving money. Republicans and Democrats actually support this kind of plan.

And this isn’t to say that everybody’s going to have federally mandated government health insurance. Medicare is an optional program if you want to do it. The only people who could suffer under such a plan would be insurance company executives, and of course Big Pharma executives, because part of the thing with this would be that drug companies would have to lower their prices here in the United States. If you wanted to have a private plan with Blue Cross or Aetna or Cigna or whoever, you could still go and buy that plan. No problem with that.

But, if you wanted the cheaper option, the federal government option, the Medicare for all, you could also do that. This is all about expanding choice in this country, the exact opposite of communism or socialism, like Republicans are trying to scare us with, and most people know that on both sides of the aisle. Progressive policies like a Medicare for all type plan are hugely popular when you do not associate them with any political party. They’re popular among Republicans, they’re popular among Democrats, and that’s what’s happened with Medicare for all.

Since the Democrats refused to jump on it when Bernie was pushing it, it has become disassociated from the Democratic Party, and now it’s just a plan that most people want regardless of party affiliation. It’s going to save us money and, so far, every single time that these Republican pundits, networks, and think tanks have tried to debunk it and tell us how horrible it is, they have ended up telling us that this is almost at this point, inevitable for this country because it’s what the people want.