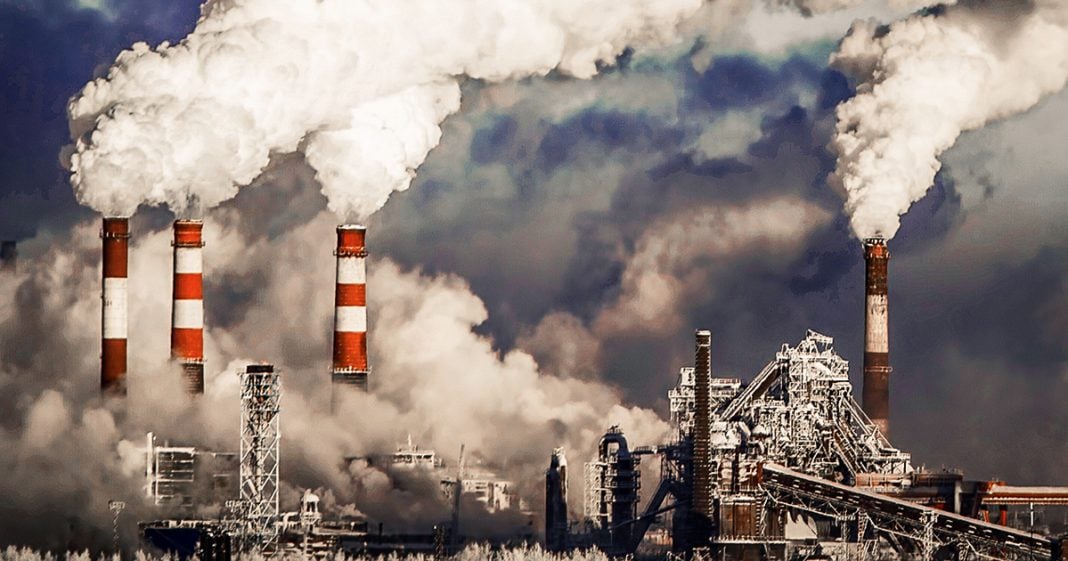 The US Supreme Court denied a petition by the US Solicitor General to have a lawsuit against the government thrown out. The lawsuit is being brought by plaintiffs who range in age from 7-years old to 19-years old, and it is accusing the government of failing to act on the growing threat of climate change, something the government has legally been told they have to address. This lawsuit has survived multiple challenges by the government, and now the only thing left is for the arguments to play out in court. Ring of Fire’s Farron Cousins discusses this.

In a very shocking move, the United States Supreme Court actually did something that wasn’t completely horrible. In fact, it was actually pretty good. What the Supreme Court did was they denied a petition by the U.S. Solicitors General’s office to basically delay and stay a lawsuit bringing brought by young American citizens against the federal government for their failure to act on the issue of climate change.

Now, the Trump administration is one of the parties being sued. They’re also suing members of the Obama administration for doing nothing, in addition to state and local officials who’ve done nothing to curb carbon emissions and who are making climate change worse due to their inactions. The Trump administration has tried countless times, at this point, to have this lawsuit dismissed, or delayed, or whatever it is, because they argue, right now, that the discovery process would just be too much of a hassle for the federal government to undertake.

Well, the Supreme Court said, “Yeah. We don’t really care. This lawsuit is going to go forward, but we will tell the lower court that they need to consider the burden that the federal government will have to go through as this case moves forward.” It is expected to go to trial by the end of this year. That could be delayed if the lower court wants to take that burden into consideration. Nonetheless, the Supreme Court, the conservative Supreme Court, actually allowed this thing to go through and did not toss it out. This is happening at a time when other climate change lawsuits being brought by cities and states against oil companies are being thrown out.

This one’s different. This one has a real shot at forcing the government to take action. Why? Because, they’re not going after the fossil fuel companies. They’re going after the government itself for failing to act. The government does have a duty and obligation to act on behalf of the American public. In addition, the EPA was told by the Supreme Court, many years ago, that they have to enforce the rules on the books, including the Clean Air Act and Clean Water Act, meaning that they do have to regulate emissions.

These children are able to prove, in their lawsuit, because it’s pretty much public knowledge that these federal agencies, including the overall government itself at the federal, state, and local level, have not been doing this. That is why this lawsuit has been allowed to go forward each time. Some of the ones going against the oil companies, that’s a little bit more difficult to prove. Yes, they knew about climate change, as even the judges who toss the cases tell us. Yes, they’ve contributed to climate change, but at what percent?

You want to sue Exxon for climate change damage that’s happening in your city, how can you prove that Exxon’s emissions accounted for the actual damage that happened in your city? Those could’ve been Shell’s emissions, or Chevron’s, or the coal companies. It gets very nitty gritty into the science there, and unfortunately, that is how the judicial branch works. If you cannot prove that person X caused damage Y in place Z, you don’t have a case. These kids do. Our Children’s Trust, the group bringing this on behalf of the children, they can prove that the federal government is not doing what they’re legally required to do to ensure that this generation bringing the lawsuit can actually live in a country that’s habitable and not destroyed by climate change.

I hope these kids win. I hope these young American patriots, who are actually out there trying to make a difference in the world, are shown that, yes, when you fight hard enough, when you stand up for what you believe, you can absolutely win against the biggest system in the world. That’s what these kids are up against, and so far, they’re the ones who are winning.