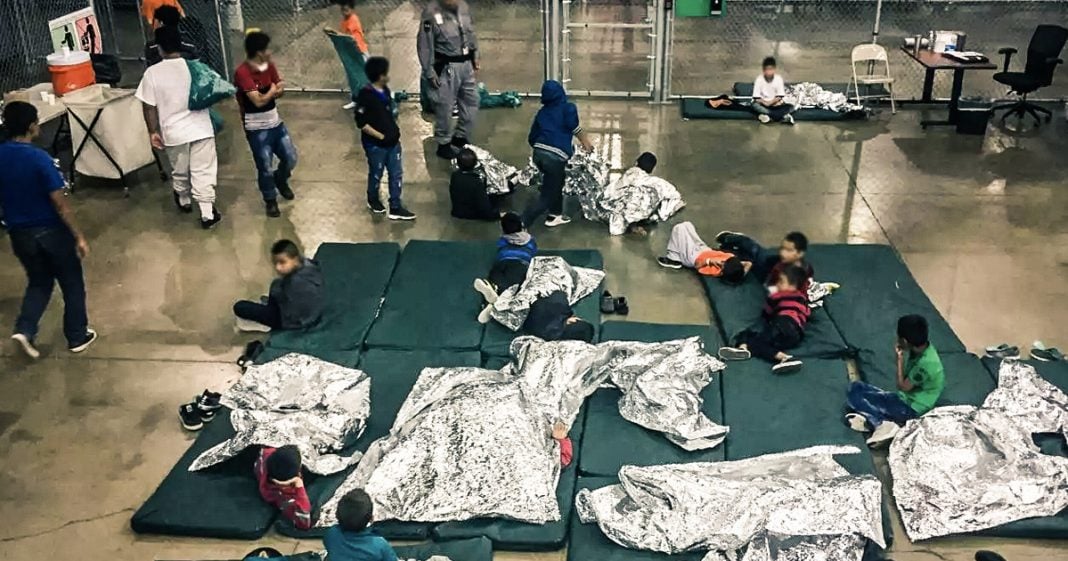 A federal judge has ordered the Trump administration to stop dosing immigrant children held in Trump’s detention camps with psychotropic drugs. The practice has been carried out without parental consent and without the children knowing exactly what is happening, and many of these drugs come with dangerous, sometimes deadly, side effects. Ring of Fire’s Farron Cousins discusses this.

A federal judge ordered the Trump administration this week to stop giving migrant children being held in a detention facility in Texas, psychotropic medications without parental or their guardian’s consent, and without telling the kids what the hell kind of medicines they’re giving them.

Now, according to the administration and the officials down at that detention center, which is the Shiloh Residential Treatment Center in Manvel, they say that they’re only giving them on an emergency basis as needed, for the ones who are just really wild and out of control, and could be a danger to themself or to others.

However, according to the testimony of those in the detention facility, these psychotropic medications are given to some kids every single day, and in mass quantities, every morning, every night. There is no way that is an emergency situation, and they’re given to some of these kids who do not have any behavioral issues whatsoever.

Now we’re also finding out earlier this morning, we now have a confirmed death at one of these detention facilities. About a week ago, we found out that we do have a confirmed case where a girl, I believe she was six years old, was raped by one of the guards. We have rampant abuse, kids being punched, and kicked, and all sorts of other physical violence being perpetrated against them by the people running these detention facilities. All of these have been confirmed.

Now we also know that they’re drugging them up with these psychotropic medications that do have very long-term side effects. Some of them can cause people to commit suicide. They can create permanent brain problems with these kids. There’s been plenty of lawsuits over the last decade that have proven that. But the Trump administration doesn’t care. They want these kids to be a little more pliant, you know? Maybe make it easier for these guards to rape them. Who knows at this point, because we know it’s happened. We don’t know.

Luckily, we have a federal judge here, U.S. District judge, actually, Dolly Gee, who had enough good sense to say, “Not only can you not drug these kids anymore without anybody’s consent, but you also have to move all of these children out of this detention facility in Texas where this is going on, and put them somewhere safer.”

What’s going on at the border right now with these children at the hands of the Trump administration is nothing short of a human rights violation. That’s what everybody has said looking at this, including the United Nations. Now these reports of them drugging kids with psychotropic medications, it just proves that this country and what we’re doing to these people, we’re just as bad as those people in other countries that we’re constantly told are horrid dictators, poisoning and drugging people in their borders. We’re doing the exact same thing here in America today.