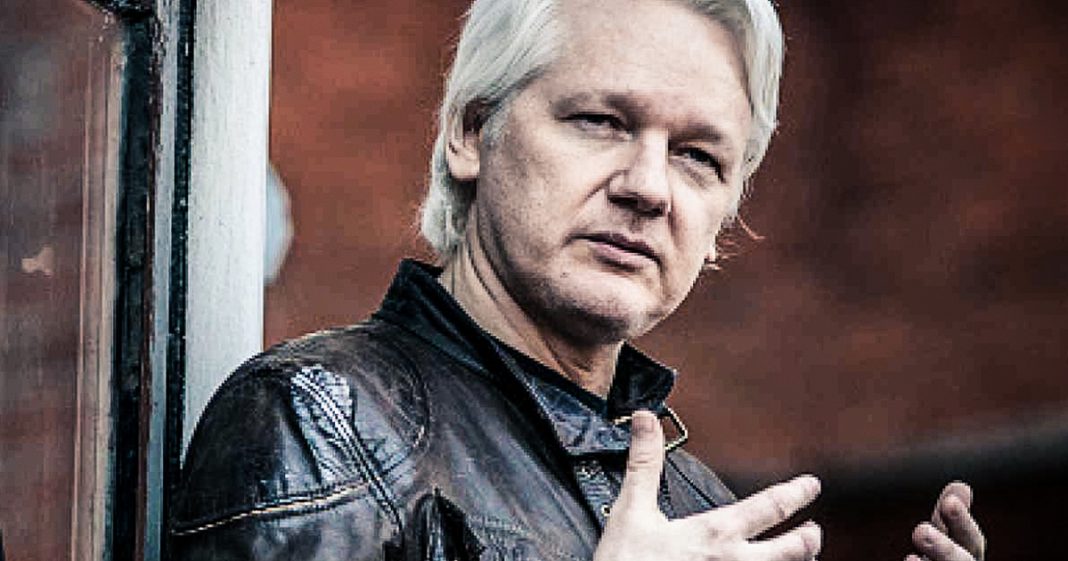 A journalist by the name of Emma Best has published more than 11,000 direct Twitter messages between Wikileaks’ members and others, showing exactly what the group that loves to talk about transparency and accountability has really been up to. In addition to some very harsh words for certain religions and lifestyles, the messages clearly show that Wikileaks was operating with an extreme political bias against the Democratic Party in 2016. Ring of Fire’s Farron Cousins discusses this.

The leakers have become the leaked upon. On Monday, more than 11,00 direct messages from WikiLeaks on Twitter were published by a journalist in California named Emma Best. What these direct messages show us is that not only is WikiLeaks absolutely operating with a political agenda, but that there’s also some pretty disgusting things that these people are saying amongst themselves that everybody probably needs to be aware of.

Before we get into the political thing, let’s talk about those horrid things that they’re saying. There are anti-somatic messages going back and forth from those WikiLeaks accounts. There’s trans-phobic messages going back and forth. We know that these people obviously are holding some kind of hatred for other groups, religions, lifestyles, sexuality, whatever it may be. They’ve got some kind of bias against those people. Pretty disgusting. Right? Not exactly the kind of group you want to hold up and hoist on your shoulders, and show that yeah, this is a pillar of what good people are supposed to do.

As for the political agenda, which you can actually click the link in the description of the video, you can go read some of these tweets that I’m talking about, the direct messages, excuse me. But the political stuff, they said absolutely that it would be in their benefit for the GOP to win in 2016. So, we know that they wanted Republicans to win. They were working towards making Republicans win, and that’s why they got into the DNC and released all those documents. Right?

There we have it. Right? Well, not exactly. As shady as WikiLeaks is, polls show that even after the release of those DNC emails Hillary Clinton’s poll numbers actually increased. Those emails that were released technically did not hurt her chances to win in 2016. They didn’t help anything, but they certainly didn’t hurt anything, so WikiLeaks was not exactly successful on that front. Where they were successful though, has been in sowing discord among Democrats, you know, the Bernie side and the establishment side. WikiLeaks 100% deserves some kind of credit for fostering this divide that still exists today, and to be honest though, it kind of should exist.

We do need people on the far left trying to pull these establishment folks further left rather than letting the establishment keep moving the party so far to the center that they would actually be considered on the right. But back to WikiLeaks, because the plot thickens a little bit.

A couple days ago Glenn Greenwald, with The Intercept, who has been known to work very closely with WikiLeaks over the years, announced that he was deleting 27,000 old tweets, 27,000. That’s a lot, but he just didn’t want people to take them out of context, so he’s just going to tweets, blah, blah, blah. And then, a couple days later, WikiLeaks’ direct messages get released to the public, and it turns out a lot of them, hundred or more actually, happen to reference Glenn Greenwald’s tweets, tweets that now no longer exist. It’s almost like Glenn Greenwald had advance notice that this was going to happen and was trying to cover his ass.

These folks here, your Greenwalds, your Assanges, your WikiLeaks, they all have political agendas, and that’s the big take away here. Some of what WikiLeaks has done has been great. Exposing some of the disgusting activities of the federal government, exposing the activities of the DNC, isn’t inherently horrible. It’s the motive behind it, though, and that’s what we need to be focusing on. WikiLeaks is not an organization that should be trusted. Just like every other organization on this planet, they have an agenda, and it is not an agenda that’s in the best interest of the American public. They fell victim to their own ego, as did people like Glenn Greenwald. There’s plenty of other folks out there who’ve done the same thing, but in this particular instance, these people who like to go out there with their holier-than-thou America sucks mentality, they just got exposed as a bunch of frauds and hypocrites.