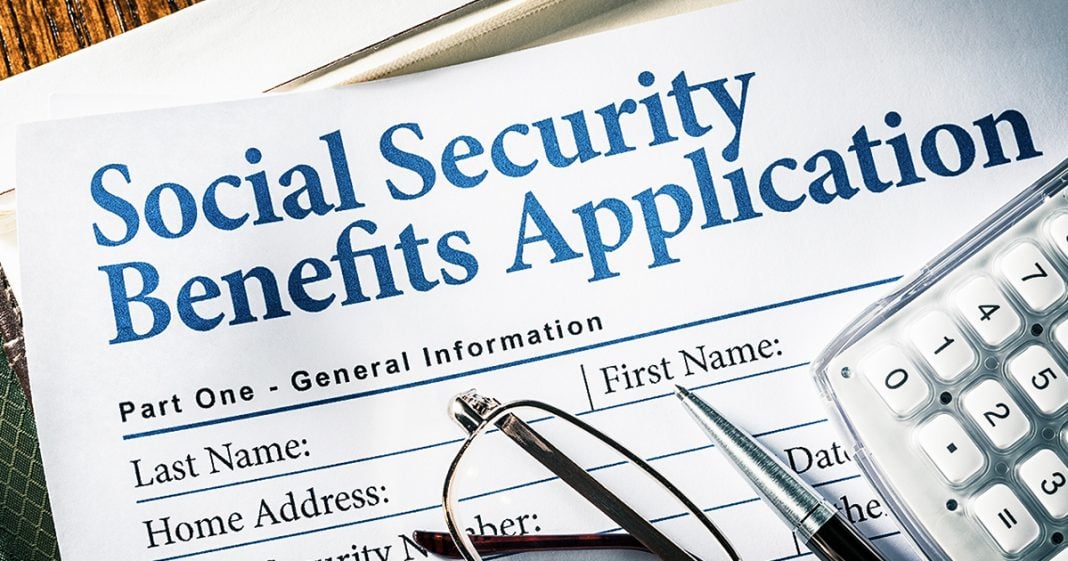 On the surface, the US economy appears to be doing quite well right now, though most credible economists have been warning us for months that things are about to come crashing down. And one of the reasons for this impending crash is the fact that American workers are getting less pay, fewer benefits, and NOW Americans could see dramatic cuts to programs like Medicare, Medicaid, and Social Security. Those cuts are coming at the same time that the Trump administration is trying to unilaterally cut taxes AGAIN for the wealthy. Ring of Fire’s Farron Cousins discusses this.

Monday, this week, was the 53rd anniversary of the Medicare Act being signed into law. So for 53 years, we as a country have paid into a program that helps provide low-cost health insurance to the elderly in the United States. That law also strengthened Social Security. 53 years ago, we made it even better than it was.

For 53 years, those programs, along with Medicaid, have been chugging along just fine until George W. Bush came into office. He started pulling money out of those programs to pay for his tax cuts to the wealthy elite. Now that we’ve given those same wealthy elite and major corporations new tax cuts, these programs are once again at risk because people like Paul Ryan want to take money from these social safety net programs and give it to wealthy corporations, the wealthy corporations that are actually running this country.

It’s not Paul Ryan. It’s not even Donald Trump. It’s the Exons and the Dows and the Monsantos. They are the ones who call the shots here in the United States. The politicians are just the ones who go to Washington, D.C. and fill out the bills based on what their corporate sponsors tell them they have to do.

Nonetheless, American workers right now are at a very severe risk of losing Medicaid, Medicare, Social Security. Those programs that some of us, most of the workforce in the United States actually, we’ve been paying into ever since we got our very first paycheck. Every paycheck taxes specifically come out to fund those programs.

I know some people don’t like to call them entitlement programs ’cause it sounds bad. Yeah, we’ve been paying into it all of our lives so that we can have it later. We’re fucking entitled to it, right? That’s our money. They’re pulling it out of there to give it to corporations who already make billions of dollars a year.

The shit gets worse folks because on Monday, Donald Trump announced that he was planning to unilaterally cut taxes once again for the wealthiest Americans. How? By eliminating the capital gains tax, a tax that really only applies to the top 1% in this country. He’s doing it in a way, through the Treasury, so that it doesn’t have to go through Congress. They don’t have to vote on it. They don’t have to approve it. They don’t even have to like it. But he can do this. They’re going to lower their taxes. The U.S. is going to once again realize, “Oops, we’re out of money.”

Where are they going to start looking to make up for it? Social Security, Medicaid and Medicare. That’s what they’re coming for right now. Paul Ryan has made it expressly clear, since the first tax cuts were passed in December, that he was coming for those programs to help pay for this because he, oops, passed a bill and didn’t know how to fund it. Something they always accused Democrats of doing, but they’re the ones who actually do it themselves.

We’re the one who are going to get screwed. I’m not going to get a dime from any of these tax cuts. Neither are you, average viewer, unless you happen to be watching this from a penthouse office on Fifth Avenue. The rest of us aren’t getting a damn thing except for screwed. That’s what we’re getting. We’re getting screwed because those programs that we have been paying into to help save us in old age or if we become destitute and need the assistance. They’re taking that money away, money we have paid into with every paycheck we have ever gotten. They’re giving it to corporations.

If that doesn’t piss you off, then I don’t think anything will ever piss you off. We should be pissed off right now. We should be mad. We should be angry. We shouldn’t sit there and say, “Okay, well let’s have a little bit of decorum. Let’s not fly off the handle.” No, get mad, get angry, fly off the handle, call your representatives, call your senators. Show up and vote. Get these idiots out of office. Because even though that wouldn’t stop the upcoming tax break, it would sure as hell put the brakes on this massive corporate monster that has taken over the Federal Government.