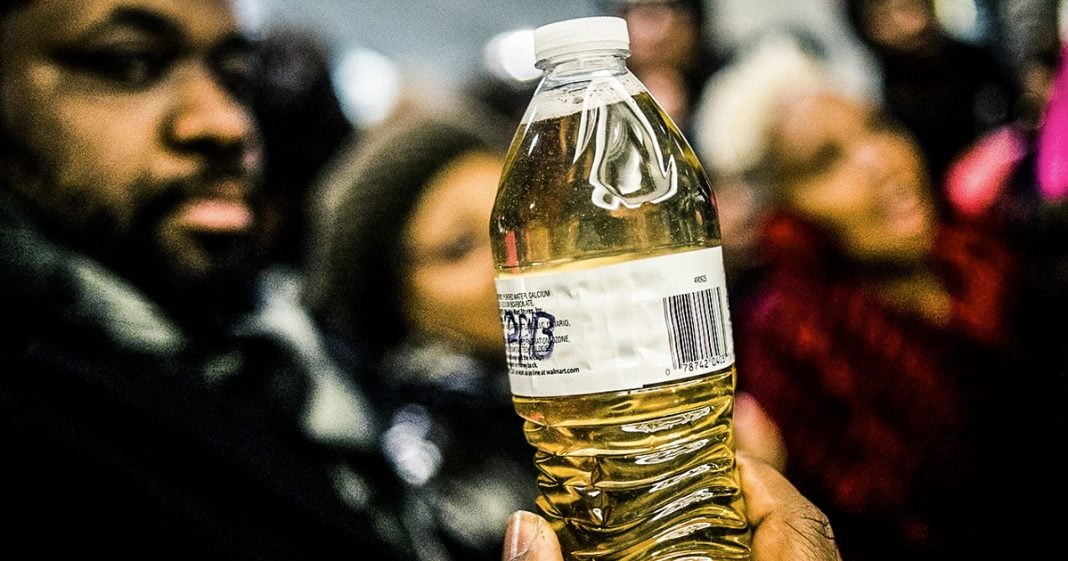 According to new reports, the official estimates of the death toll from the Flint, Michigan water crisis were grossly low. In fact, the real death toll is over ten times more than what has initially been reported. More than 100 people have died in Flint as a result of drinking water contaminated with deadly bacteria, and that doesn’t even include the number of people who have been poisoned with lead. Ring of Fire’s Farron Cousins discusses this.

This death toll is actually not related to the lead in the water, at least not yet. Eventually those numbers can be added to it as well. But what this is, is that the water was so dirty and disgusting and tainted that it contained legionellae bacteria, which yes, is deadly in most instances.

The city for 15 months knew that this bacteria was in the water, and they know how deadly it is. And for 15 months they didn’t tell the residents. 15 months they had this information in their hand, could’ve warned people that, “Hey, in addition to all the lead and other contaminants, there’s also a deadly bacteria in your water because we still haven’t fixed the source problem.” And they didn’t tell people.

And during that time, more people died. That is why right now they’re desperate to cover up the real death toll of at least 119, and instead telling us that, “No, it’s only 12 people. Only 12 people got legionellae from this, so it’s no big deal that we held on to it for over a year and didn’t tell the public.”

There needs to be massive lawsuits in the works right now, against every single elected official that had anything to do with this from the state of Michigan, and at the USEPA. Every single person involved now needs to pay a price. People are dead, 119 at least that we know of right now. And again, that doesn’t even include the thousands of people who have ingested so much lead that is going to cause them problems for the rest of their lives. That’s not something that can be undone.

The entire administration in Michigan, in Flint, at the federal level, they all need to pay for this. People went to early graves by doing nothing more than going to their faucet, filling up a cup, and drinking the water. Nobody, nobody in the United States of America should die from drinking a glass of water out of their faucet. But that is what happened. And it happened because of bad government, horrible oversight, cost cutting measures, and privatization.

All of those things together created this horrid crisis that, by the way, still isn’t fixed. Somebody’s got to go down for this. And not just somebody, a lot of somebodies. Everybody involved, everyone who knew that this was happening and stayed silent. All of those people can blame those 119 death on themselves at this point.

So, if you were involved in that, if you know this bacteria was out there killing people and you stayed silent, whether you were an administrative assistant, or the big head honcho calling the shots, no matter level you were, if you knew about it, these deaths are on you.