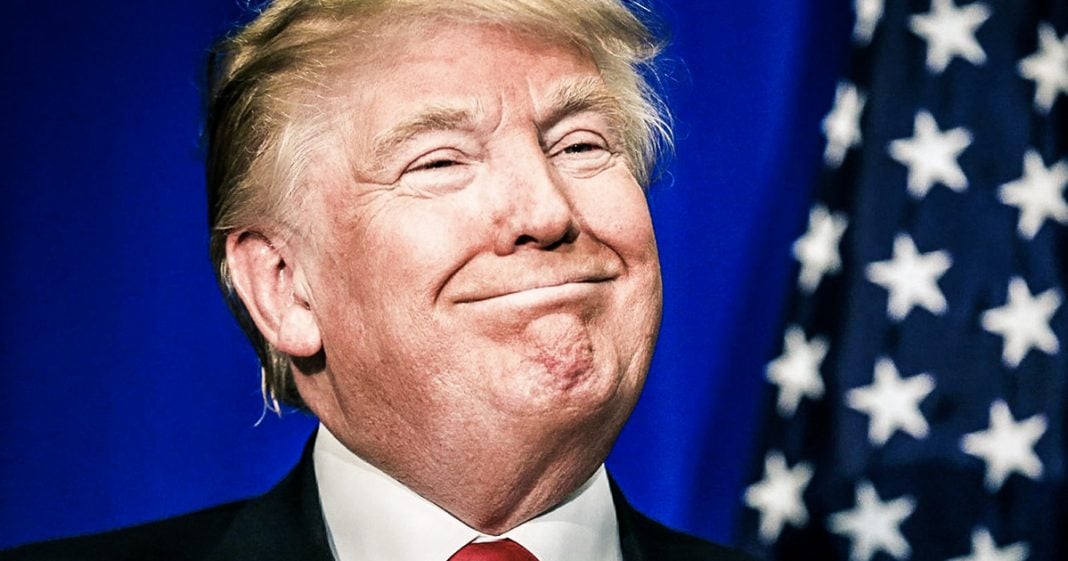 Donald Trump proudly proclaimed this weekend that his poll numbers were better than any other Republican in history, including Abraham Lincoln. Too bad Lincoln died nearly 70 years BEFORE presidential polling even began. But the facts don’t matter to Donald Trump, and his approval amongst members of the Republican Party really doesn’t mean anything in the grand scheme of things, as Ring of Fire’s Farron Cousins explains.

And Trump says that those numbers are higher then everybody, including Abraham Lincoln. He specifically said he is more popular than Lincoln according to these polls, his numbers are higher, right? Well, if you consider the fact that Lincoln was assassinated 70 years before presidential polling began, then no you’d actually still be wrong.

So yeah, you’re not the most popular Republican President in history, you’re not even the most popular Republican President since the year 2002, you have nothing to stand on. Maybe you’ll a little upset by the fact that once you branch out from just self-identified Republicans, a number that is dwindling by the way, that’s why it’s so high for you and you go to the general public, we see that you’re overall approval rating is 41.9%.

Any other president would consider that a crap number, but you, that is actually your all-time highest approval in the county. 41.9%, you can’t even break 42% in composite polling’s of every group in this country. Nobody cares about your poll numbers man, except for you obviously.

So how about you stop tweeting out the lies and nonsense regarding these numbers that you don’t even understand and maybe you start focusing on how to fix the lies of the millions of Americans that you have ruined due to your trade wars, your anti-environmental policies, your horrible FEMA responses to Puerto Rico. There are a million different problems that you could be talking about, rather than lying on Twitter about how popular you aren’t.