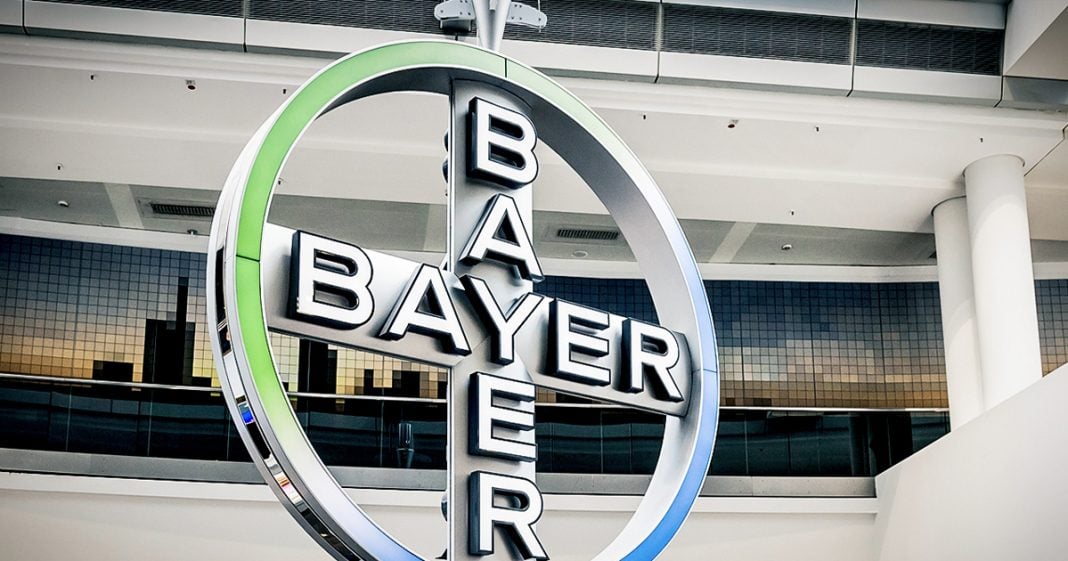 New reports show that the Bayer Healthcare Corporation paid several million dollars spread out across thousands of doctors to push their incredibly dangerous birth control called Essure. This is a very common practice with Big Pharma, and it leaves patients without an informed choice about what medications and medical devices that they put in their bodies. Ring of Fire’s Farron Cousins discusses this.

According to a bombshell new report on CNN, doctors across the country have been paid by big pharma to prescribe you dangerous medications. Specifically, this CNN expose looked at the Bayer Healthcare Corporation, and their conduct regarding their permanent birth control method called Essure.

Now, what this is, it is a small metal device that is implanted into a woman’s fallopian tubes, and it’s supposed to stay there forever, and prevent her from ever getting pregnant. In reality, what’s happening is that little metal device is breaking apart, sending little shards of metal all through women’s bodies. According to some of the people interviewed for this CNN piece, it resulted in them having hysterectomies, removing the uterus and fallopian tubes, because they were all embedded with that metal, and to remove the organs was the only way to actually get the medical device out of their body. Bayer announced last week they were taking this thing off the market, but that still doesn’t excuse their behavior, and the behavior of the doctors who prescribed it because they were on the dole from Bayer Healthcare Corporation.

Here’s what this investigation found. Between 2013 and 2017, Bayer paid $11,850, a combined two and a half million dollars, all related to that Essure permanent birth control device. Two and a half million dollars, spread out between almost 12,000 doctors. So, yeah, some doctors got a little less, maybe a few hundred dollars, maybe a few thousand. A couple of them, though, made close to 200,000. There’s this one doctor, Dr. Cindy Basinski, who got $168,000.68 from Bayer, all to promote this device that they knew was faulty. They knew it was destroying the lives of women, and yet these doctors did it anyway.

According to some of the women who were interviewed in this piece, their doctors actually were very pushy about forcing them to get this device. They say they were very aggressive with it. They did not want the women to know that there were other options, other possibilities. They were being paid by Bayer, and damn it, they were going to push those Bayer devices.

This is not unique to Bayer and Essure. This happens every day with medications across the board. Big pharma … And there is a phenomenal expose on ProPublica Dollars for Docs. It started several years ago, where they document all of the money that doctors take from health care organizations. You can actually go on there and look up your own doctor. But these doctors are more likely to prescribe a medication if they have been paid by that health care company. It’s simple cause and effect.

Just like in political campaigns, the candidate who spends the most money typically wins, the same is true with medicine. Whichever pharma company pays the doctor the most money, they’re going to be the ones that win that prescription, regardless of whether or not the drug they’re given, the device they’re given, is going to kill or maim or disfigure that consumer. It happens every day.

The worst part about all of this is, it is 100% legal. It may be unethical, but nobody’s getting in trouble for this. They can’t have their medical license revoked. This is something that happens daily. Big pharma’s a part of it. Too many … well, apparently thousands upon thousands of doctors in this country are a part of it, and patients never know.

We assume when we go into the doctor’s office we’re going to be told that we need what the doctor believes we need, based on what’s happening to us as a human being, not based on what big pharma just put into that doctor’s bank account. And unfortunately, in too many instances, the decisions about our own health care are being made by doctors who know that they if they prescribe you a certain medication or a certain device, they’re going to put more money in their pockets, regardless of the harm that it causes us.