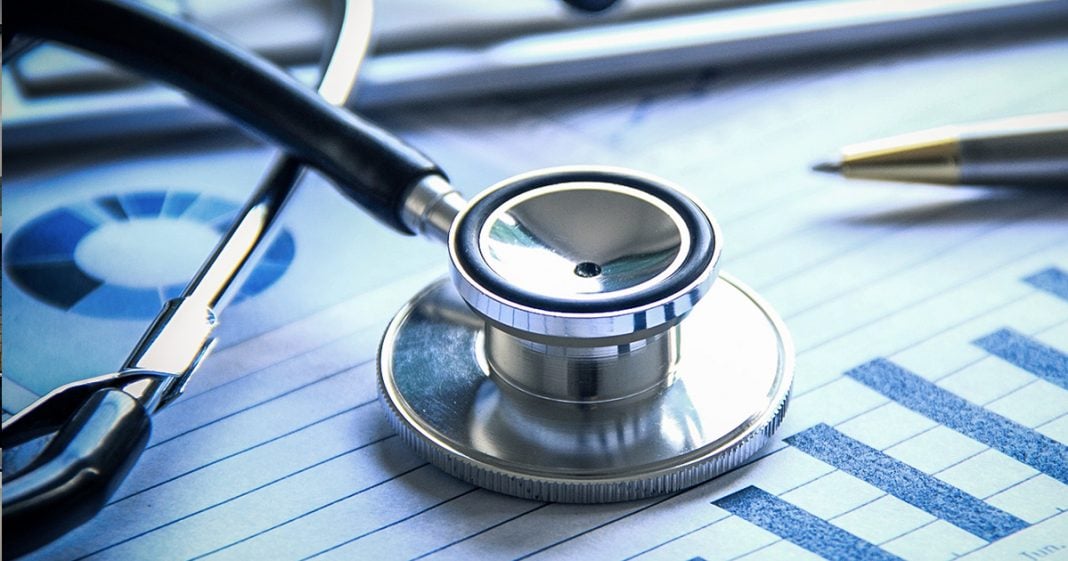 The growing chorus of voices telling us that the “evils” of socialism are coming to America as more and more candidates are pushing for medicare for all-styled medical coverage for American citizens is absurd. We’re being told that such a plan could destroy the country but what they really mean is that it will severely hurt corporate profits. Sick people are big business for both insurance and healthcare companies, and giving them better coverage could reduce the profits of these financial behemoths. Ring of Fire’s Farron Cousins discusses this.

If you’ve been paying attention to any of the Conservative or Right Wing, and even establishment Democrat talking heads recently, then you are probably aware of the fact that socialism is creeping into the United States, and that this country is essentially screwed because of it.

Now, of course, none of that is true. We’re not screwed. Socialism is not creeping up here in the United States, though it should be. We just have a few politicians out there right now who are saying those radical things like, “Hey, maybe we should have Medicare for all, for citizens of the United States. Maybe a public option that people could buy into, rather than going to a private health insurance company that’s going to rip them off, or deny them coverage based on preexisting conditions.” That, according to these wealthy elite, is the socialism that’s coming to the United States. And here’s the thing.

Meghan McCain on The View, is one of the leading voices of this anti-socialism movement. She got all up in arms last week because she was furious about the fact that her grandkids, her kids may end up having to grow up in a world where everybody is entitled to healthcare. How horrible would that be for a man whose father can’t even remember how many homes he owns? I’m sure we all remember that from the 2008 presidential primaries and debates.

John McCain didn’t know how many houses he had. He’s so damn rich, he doesn’t know. And the same is true for people like Meghan McCain, born into this obscene amount of wealth so they have no concept of reality anymore. All she knows is that she wants to deny everybody else the same privileges that she has had since the day she was born because her mother has a ton of money.

Socialism does need to creep into the United States. But the reason we’re hearing all of these scaremongering tactics that it’s going to destroy the country, or that it’s completely unaffordable, or that it’s going to give us worse care, is because corporations want us to think that. The health insurance companies, big pharma, all of those companies have a financial stake in keeping things the way that they are and not improving them.

Because if we were to get a public option, that could open Congress up to be able to negotiate drug prices with pharmaceutical companies. Oh, big pharma doesn’t want that. And if we’re buying from the government instead of a place like Blue Cross, or Aetna, or any of the other ones, they’re going to lose money because they’re not going to get our dollars anymore.

And to be honest, employers should be pushing for this kind of plan because it takes the healthcare burden cost off of them and shifts it to the patient, the consumer, the worker, and the government that they’re paying into. Seems like a pretty decent trade off to me, right. And yet, here we are, still having to have these discussions about whether or not Medicare for all, universal healthcare, a public option, whatever you want to refer to it as. I know they’re all different things, but you hear different things all the time about them. Whatever you want to call it, we’re still having to have the discussion about whether or not it’s viable.

And the worst part of the discussion is when these right-wingers and the establishment, Democrats, like to talk about the cost. “We just can’t afford it.” I mean, how CNN did an analysis of it about a year and a half ago and they said, “It’s going to cost us $1.4 trillion a year to have universal healthcare here in the United States.” Wow. That is a lot. $1.4 trillion a year. If only there was a way to maybe come up with that money, like I don’t know, not giving the wealthy another tax cut.

You want some more money? Well, how about we not add $70 to $80 billion to an already bloated military budget each year. A $770 to $780 billion per year on the military. We could probably get by without all of that money going to that, and maybe put that instead, since we’ve already paid for universal healthcare with the tax cut, remember. So now, let’s take half that military budget and make debt-free college. Oh, look. Everything stays the same, nobody gets screwed out of anything, and everything is paid for without us having to pony up any extra dollars if we didn’t want to.

That’s what these people are saying. Alexandria Ocasio-Cortez. Those are the ideas she’s putting forward. Bernie Sanders and so many others all throughout this country, those are the ideas they want to implement. Not tax us to hell and back so we could pay for all these socialistic ideas. Just maybe not give money to the wealthy elite, not continue to feed the military industrial complex, and if we do those two things, or should I say, stop doing those two things, we can easily pay for these programs that are going to make the lives of millions upon millions of American citizens so much better.