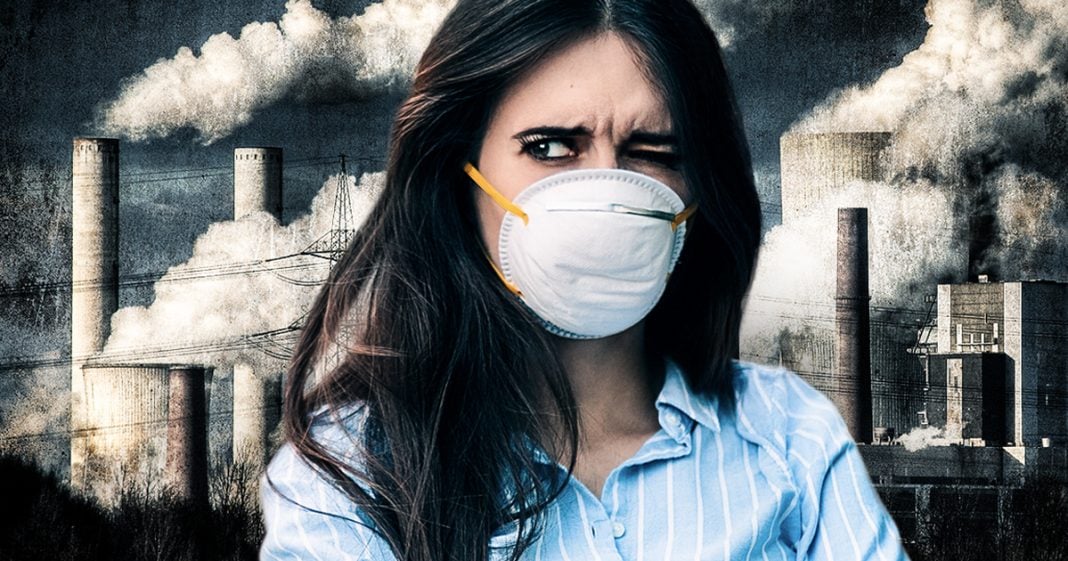 According to newly-published scientific studies, the air quality and pollution levels in America’s national parks – some of them hundreds of miles away from any cities or factories – is almost as bad as it is in industrial areas. This means that pollution in this country is so widespread that there is nowhere you can escape from it. At the same time, our own EPA is trying to give away the farm and let corporations get away with even more pollution, putting us all in danger. Ring of Fire’s Farron Cousins discusses this.

We all know that if you’re in a big city, if you’re in a New York or a Chicago, or an L.A. or a place like that, you’re going to be confronted with a lot of ozone pollution, most of which is coming from massive corporations or factories or refineries or power plants near the cities. Well we all think that we can get away from that, right? We can escape, we can go to the mountains, we can go to a national forest, get away from all this pollution and breathe some clean air.

Well, according to newly published scientific papers, you can’t do that. In fact, there is literally nowhere in the mainland United States where you can go to get away from corporate pollution. According to newly published scientific studies, the pollution in national parks here in the United States has now gotten just as bad as in the big cities. So whether you’re sitting right next to an oil refinery or sitting in the middle of Joshua Tree Forest, you’re going to basically be breathing the same amount of pollution. That should terrify the hell out of everybody here in the United States.

Here are the list of places that have recently been studied to contain almost as much pollution as a major city that deals with traffic and factories and everything. Acadia, the Grand Canyon, the Great Smoky Mountains, Joshua Tree, Sequoia, Kings Canyon, and Yosemite. All of those places are now just as polluted as a major city. You can’t go anywhere in this country anymore and actually breathe clean air. You can’t breathe fresh air. It is all polluted because of the activities of corporations and the everyday activities of human beings. Driving our cars. If you’re not driving an electric, yeah, it contributes to these bad air days.

Now the report does say a little bit of good news because between well basically 1990 to 2016, air quality in the United States has improved by 31%. Unfortunately, that study cut off in 2016, and studies have shown us that in 2017, for the first time in decades, air quality in the United States got worse and emissions actually rose instead of falling. Things are getting worse under this administration. And if it’s already so bad to the point where you can’t go to a national park that’s 100, 200, 300 miles away from civilization and not breathe in corporate pollution, how much worse can it get? That’s a terrifying prospect, and unfortunately, due to the leadership we have right now in this country, it’s a prospect that pretty soon, we’re all going to be facing as a reality.