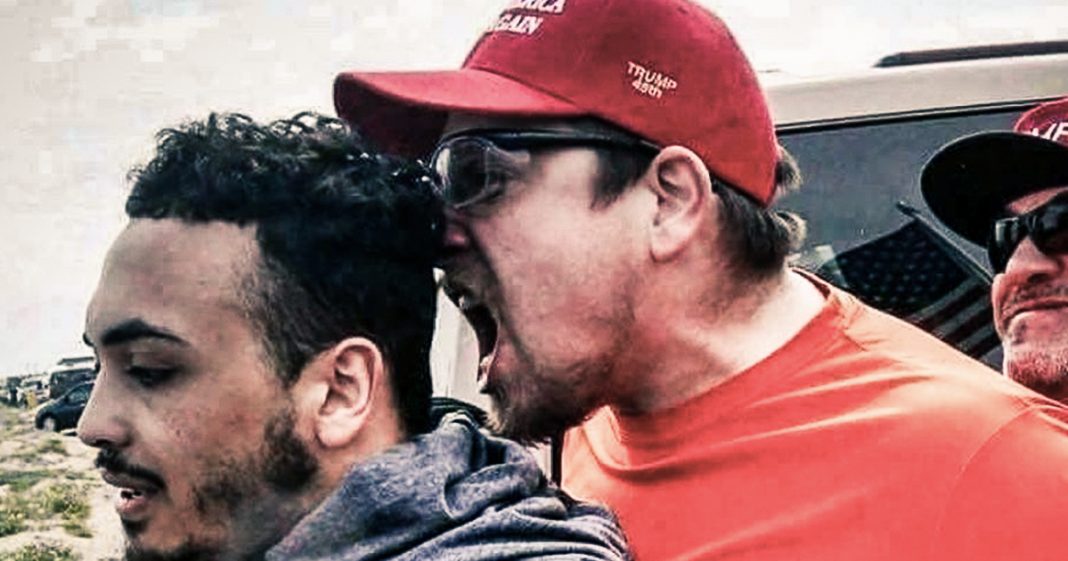 Conservative Naval professor Tom Nichols didn’t hold back recently when he was discussing why so many of Donald Trump’s followers have become like a cult. He said that facts and reason no longer reach these people and that we shouldn’t even bother engaging with some of them because they “are just bad people.” This is 100% correct, and while there may be some Trump supporters that aren’t lost for good, too many of them are just delusional and need to be treated accordingly. Ring of Fire’s Farron Cousins discusses this.

Tom Nichols is a conservative professor at the Naval War College in Rhode Island. Recently, Professor Nichols was giving a speech where he was talking about the events that took place last week in Helsinki with Trump and Putin, and the aftermath of that. He discussed the fact that there are some Trump supporters out there who have become so cult-like with their mentality that there really, at this point, is absolutely no way to reach them, and basically, that on those people we should just give up. We should not continue to try to reach out to people who will not think with reason or fact, according to Tom Nichols.

Now, I happen to agree 100% with that. I’ve been saying that from the beginning. There is no rational conversation with irrational people. Some of these folks who defend the events that happened in Charlottesville or who try to make something out of nothing, like Benghazi, or the FEMA death camps, and Fast and Furious, there’s no logic with those folks. That’s what this conservative professor is trying to tell us. As a conservative, he says he likes to talk reasons and facts, but those conversations cannot be had with these people. Why? Well, according to a tweet he sent out, “No rational or fact-based politics will reach these folks. I hate to say that because I believe in the power of reason and facts, but they’re gone. Some of them are nice people but dumb. Some of them are just bad people, but rationality isn’t going to change much here.”

Some of them are just bad people. That phrase is probably the most accurate descriptor that I have ever heard about these Trump supporters, the diehard, cult-like supporters. They’re just bad people. Yes, some of them are very nice. I’ve met some very nice Donald Trump supporters, and Nichols is right again here. They’re just dumb, and he doesn’t mean that insultingly. He means it as they’re people who don’t want to look past the curtain. They don’t want to do any research or venture outside of Fox News. They don’t want to look at statistics and figures, and try to do all that math about how crappy the economy actually is when you look past the administration’s talking points.

Yes, in that regard, they’re choosing to be dumb, but for those people, there is a glimmer of hope. For a lot of them, these diehard MAGA-hat folk wearing … the ones who are stopping their cars and yelling at African Americans on the street, or telling other people, Hispanics, to go back to their country, there’s no rationality with them. There’s no talking with them because, as Nichols says, they are just bad people.