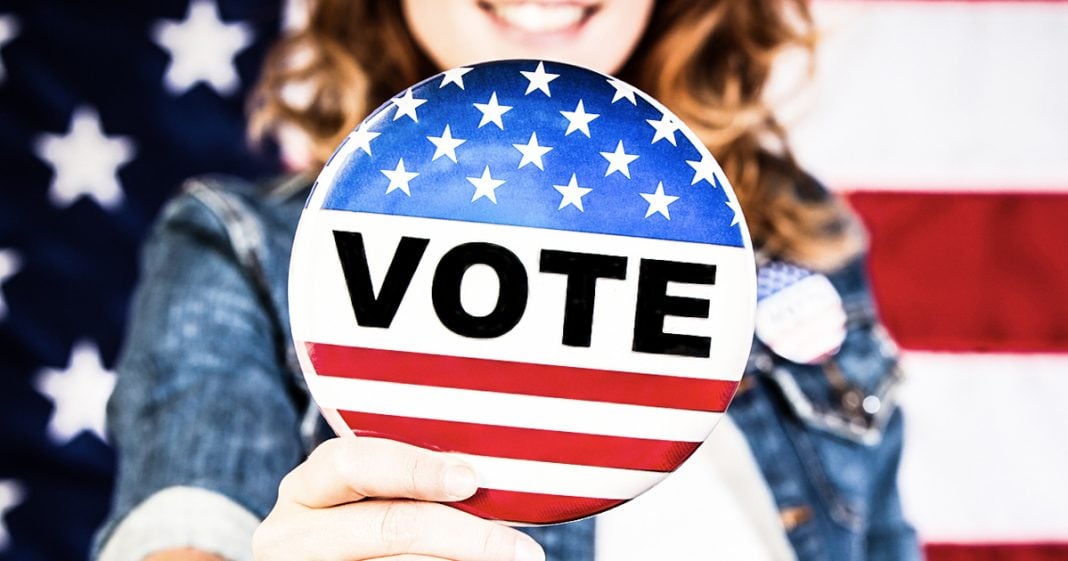 In the last 7 months, voter registration of individuals aged 18-29 has skyrocketed, spurred by the lack of action from our elected officials on matters that are directly impacting the lives of the young generation. Unfortunately, polling data also suggests that fewer than 30% of members of this age group plan on voting in the 2018 midterms. If they turn out, they’ll change the country for the better – but that’s a big “if”. Ring of Fire’s Farron Cousins discusses this.

New data released this week shows that youth voter registration in 38 states across the country is absolutely surging. The states that have seen the largest increase in youth voter registration, number one is the state of Florida. They’ve seen about a 40% increase since February of this year. Other states include Pennsylvania, Rhode Island, New York, Virginia, Indiana, and Arizona, who have seen the largest increases aside from the state of Florida.

One thing that’s happened, obviously, is the threat of school shootings. These young people who are registering to vote in droves right now are concerned about the fact that Congress is doing absolutely nothing about the issue. They don’t care that these kids have to go through active shooter drills a couple times a year so that they learn how to handle themselves when a shooter comes into the school, not if but when. That is the reality in which these kids live their lives now, and Congress isn’t doing anything about it. These young voters know Congress isn’t doing anything about it, and they’re going to take action.

Now, there is a corresponding statistic that was not in this story about youth voter registration surging, but it’s troubling because according to recent polling data only 28% of millennials plan 100% on voting in this year’s midterms. Now there’s other who say they’ll likely vote or that they’ll probably vote, but only 28% right now say that, hell, yeah, we’re definitely going out and voting in the 2018 midterms. So that’s what this is about. It’s not just good enough to register all these young people to vote, age 18 to 29. It’s surging, but what good does that do if you don’t go out there and use that newfound right to vote? You have to do both. It’s not just about registering, it’s about taking the time out of your day to go to your polling station and cast that ballot, ’cause here’s the thing.

If this voting registration among this age group continues, they will become the largest voting bloc in the United States of America, thereby giving them the power to direct the direction of this country. They will have the power to steer us where they think we should be going and, as the youngest generation, as the people who have more time left on this earth than the rest of us, I think it’s a good responsibility and a good idea to let them steer it. They know what they want. They’ve grown up with horrors that most of us didn’t even have to think about when we were in high school. Not just the threat of mass shootings, the looming threat of climate change that is accelerating every year. You know, climate projections that said, oh, in 50 years or 100 years horrible things are going to happen. No, those horrible things, not only are they currently happening but they’re going to get so much worse within the next 10 years. They have to live with that their entire lives, and they have.

Some of us were spared from having to deal with some of those things. This age group hasn’t been. So if they register and if they show up, they can vote out these people who say that school shootings aren’t a big deal or that climate change isn’t a big deal or that student loan debt doesn’t matter. Try to get some scholarships, kids. They can change the direction of this country, but only if they show up.