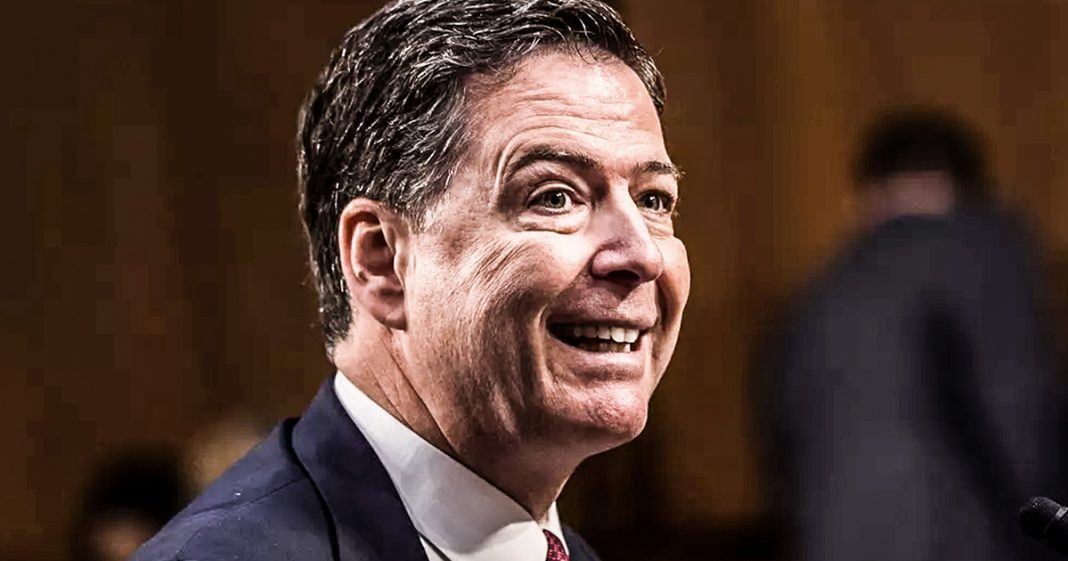 James Comey has become the latest Republican to warn the Democratic Party to avoid being seduced by the so-called “far left.” Could it be that these defected Republicans want to turn centrist Democrats into the NEW Republican Party? A Party that isn’t associated with Trump but still licks the boots of corporations? Ring of Fire’s Farron Cousins discusses this.

Former FBI director James Comey made waves a couple days ago when he tweeted out the Democrats don’t need to lose their heads, and they need to avoid all these people who are saying that we have to push the part to the left. These are statements that have been echoed by other moderate anti-Trump Republicans throughout the country in recent weeks. These have been spurred in part by the victory of Alexandria Ocasio-Cortez. They’re worried that there’s this big populous progressive wave through the United States where people who actually represent the will of the America people are winning primaries and potentially winning seats in the House of Representatives or the Senate.

So, we have right now all of these so-called moderate Republicans, and of course Joe Lieberman, out there telling Democrats, “Whoa. Hold your horses, guys. Stop moving too far to the left. Come back to the center.” Now, I don’t know about you, but as a Democrat, I’m still a Democrat. I have no intention of leaving at the moment. If a Republican tells me how to run my own party, I’m probably going to go ahead and do the opposite of whatever it is they tell me. Why? Because they have no interest in the Democratic party being successful. What Republicans are trying to do, people like James Comey, people like these other anti-Trump Republicans, like Steve Schmidt is another great example, they want to tell us that we can’t move too far to the left. Go back to the center be centrists. We know it costs you over a thousand seats over the last eight years, but trust me. No, no, no. It’ll totally work this time.

Republicans right now, these disaffected, anti-Trump Republicans are trying to create a new party, a new movement, somewhere where they fit in, you know, a party that’s not 100% racist like Donald Trump, but still does whatever corporations want them to do, and they found it. They have found it with centrist Democrats. That’s why all of these Republicans are warning the party to not move further to the left because they want to keep it in the middle so it’s something that feels familiar to them, something they can hitch their wagon to, and something that they can be a part of and possibly run for office as a part of. They want to make the centrist Democrats, the corpus Democrats into the new Republican Party, and we can’t let them do that.

There is a progressive wave sweeping through this country right now. Maybe it’s one or two candidates, maybe it’s four or five, maybe it’s 100, but when these people have momentum, regardless of the party, as long as they’re out there living their story, not lying to us, and telling us that they’re going to do the things that the majority of people in this country actually want, you know, living wages, medicare for all option for us to have, reducing student loan debt, protecting the environment, those aren’t radical far left ideas. That’s what a majority of people in this country from both political parties want.

Just because these people call themselves Democrats or they’re self-described socialists, what they really are are politicians that are listening to the people, that believe in the people, and they put their faith in the people, unlike the centrist Democrats and these moderate Republicans who want to ignore the people and put all of their faith in corporations. That hasn’t worked very well for the Democrats in recent history, and we have no reason whatsoever to believe that it’s going to work for them in the 2018 midterms.